Coog's house! Houston Cougars in Sweet 16 for first time since 1984

The Cougars face No. 2 seed Kentucky for a spot in the Elite Eight. 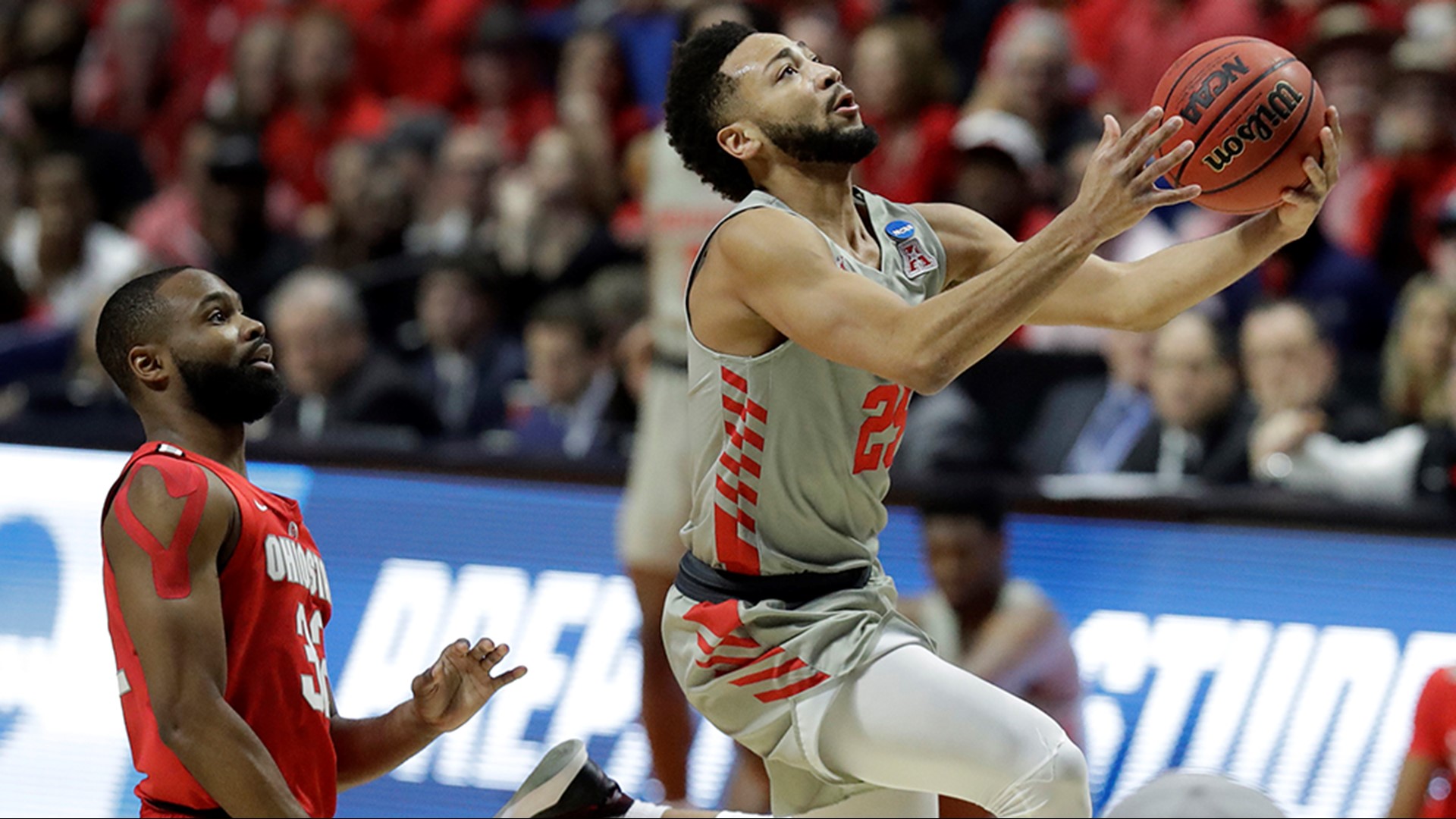 The celebration was long overdue — it's been 35 years since the Cougars have made this trip.

"I saw a lot of proud Cougars up there behind us tonight," Houston coach Kelvin Sampson said, "and the ones I was happiest for were the guys that's been supporting this program since those days."

Corey Davis scored 21 points to help Houston beat the Buckeyes 74-59 in a second-round Midwest Region game Sunday night. It marked the Cougars' 33rd win of the season — breaking the school's season record set by the 1983-84 team. That was the last Houston squad to reach the Sweet 16.

The win was especially significant for Robinson, a senior who has played in a school-record 135 games. He watched teams celebrate reaching the Sweet 16 on social media Saturday night and wanted his own moment. He scored 13 points to help make it happen.

"When I went to bed last night, all I was thinking about was winning just so we can do that, so I can see how it feels," he said. "It was exactly — to be going to the Sweet 16, it feels amazing."

Ohio State started off hot from 3-point range, hitting seven of its first 12. But Houston burned the Buckeyes in transition to go on a 14-6 run and close the half with a 39-31 lead.

There was a brief skirmish right after the end of the first half. Ohio State's Keyshawn Woods and Houston's DeJon Jarreau were issued technical fouls after the teams jawed at midcourt. Houston's Fabian White was held back by teammates and coaches.

A dunk by Chris Harris put the Cougars up 52-44 with just over 10 minutes remaining. A floater in the lane by Armoni Brooks pushed Houston's lead to nine and led to a timeout by Ohio State. A transition layup by Davis pushed the advantage to 11, and the Cougars maintained control for good.

The Buckeyes finished 8-12 in Big Ten play and were seeded eighth in the conference tournament, so getting this far was an accomplishment.

"I told them in the locker room, I don't know if I've ever been a part of a team where we've faced as many challenges and had come through on the other end in such a positive way," Ohio State coach Chris Holtmann said. "It just really speaks to the quality of our players and the quality of people that they are."

Ohio State: The Buckeyes lost four of five heading into the NCAA Tournament before upsetting Iowa State in the first round. The future looks bright — Brothers Kaleb and Andre Wesson will be back next year to provide a solid foundation.

Houston: The Cougars continue to rebuild a program that had a 13-19 record in 2014-15. Houston hurt the Buckeyes inside and outside, overwhelmed the Buckeyes with depth and speed and pounced when Ohio State's 3-point shooting came back down to Earth.

Ohio State made 8 of 17 3-pointers in the first half, but just 2 of 12 in the second half. Houston, the nation's leader in field-goal percentage defense heading into the weekend, held the Buckeyes to 32 percent shooting in the second half. 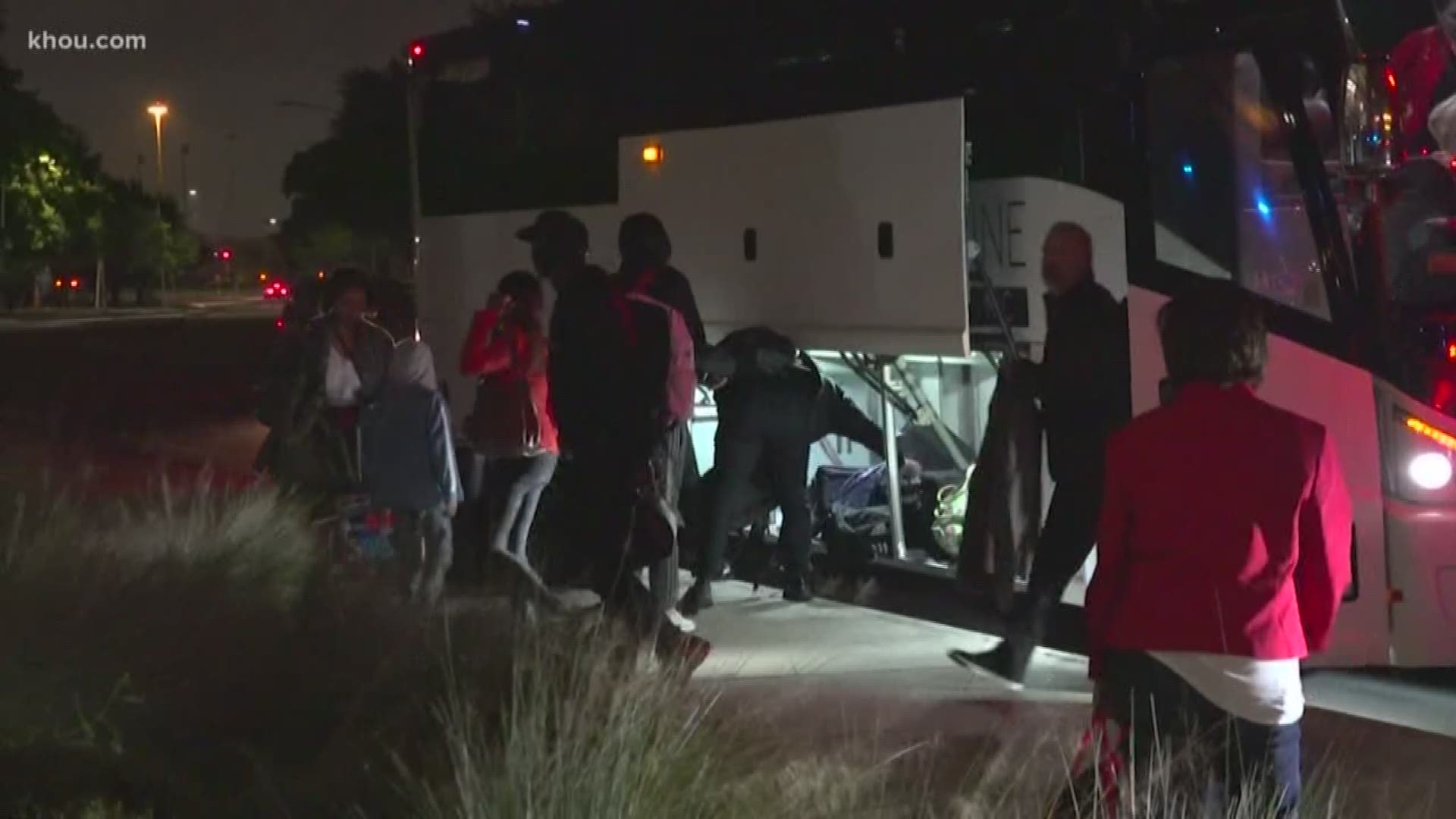 Kaleb Wesson scored 15 points, but the 6-foot-9, 270-pound forward struggled against Houston's Brison Gresham. Wesson only had seven field-goal attempts, and six of those were 3-pointers.

"That means we won that battle," Sampson said. "If we got him taking 3s, that's a good thing for us."

Wesson had five turnovers, mostly after getting double-teamed. He made 7 of 10 free throws, but he didn't leave the imprint he left on the Iowa State game in the first round.

Houston will play Kentucky in the Sweet 16.