Watch the Coogs and party with KHOU!

Join us Friday night for a UH Watch Party at the Fertitta Center. 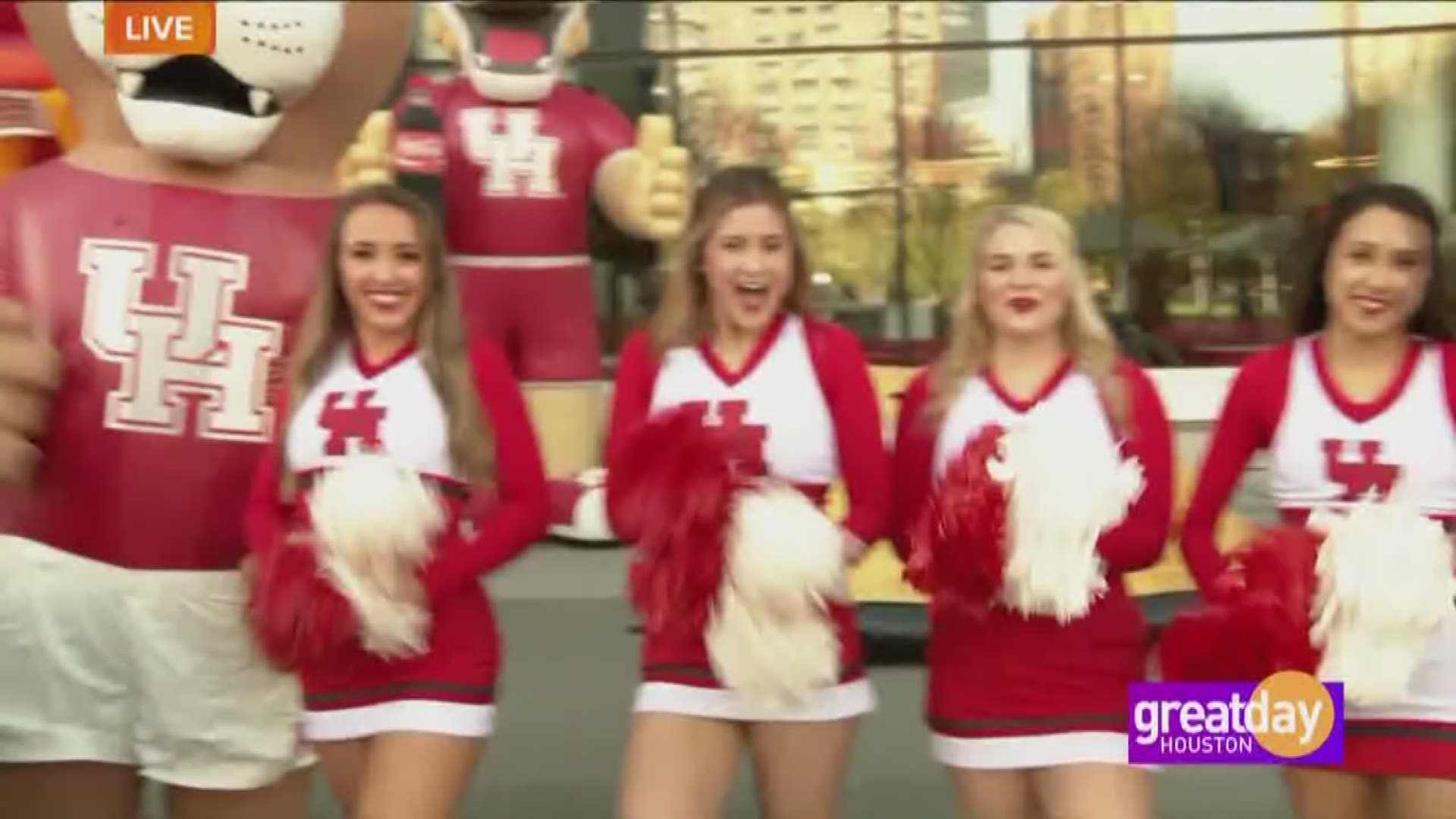 HOUSTON — Can't catch the Coogs face Kentucky in Kansas City? (say that three times fast) Well join us at the Fertitta Center Friday night where we will be a co-hosting a watch party with the University of Houston.

The Fertitta Center will be airing the Auburn vs North Carolina game that starts at 6:30 and then we will cheer our boys in red, white and silver at 9 p.m.

Chinedu Ogu will be emceeing the event. Members of UH band, cheer squad and Cougar Dolls will be in attendance.

The public is invited to attend the free event.

You can park in the Stadium Garage on Holman and enter the Fertitta Center from the Holman side of the building.

The celebration was long overdue - 35 years, to be exact - since the Cougars have made this trip.

Corey Davis scored 21 points to help Houston defeat Ohio State 74-59 in a second-round Midwest Region game Sunday night. It marked the Cougars' 33rd win of the season - breaking the record set by the 1983-84 team for the most wins in a season. That squad was the last to reach the Sweet 16 and advanced to the national final.

Galen Robinson added 13 points for Houston (33-3), which will face Kentucky.

Ohio State started off hot from 3-point range, hitting seven of its first 12. But Houston burned the Buckeyes in transition to go on a 14-6 run to close the half with a 39-31 lead.

There was a brief skirmish right after the end of the first half. Ohio State's Keyshawn Woods and Houston's DeJon Jarreau were issued technical fouls after the teams jawed at midcourt. Houston's Fabian White was held back by teammates and coaches.

A dunk by Chris Harris put the Cougars up 52-44 with just over 10 minutes remaining. A floater in the lane by Armoni Brooks pushed Houston's lead to nine and led to a timeout by Ohio State. A transition layup by Davis pushed the advantage to 11 and the Cougars maintained control for good.