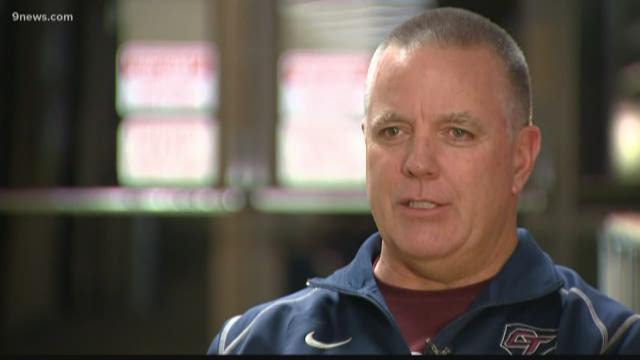 The Texas Wesleyan University baseball coach has been fired after he received backlash over an email he sent to a prospective player from Colorado, telling the player that he doesn't recruit athletes from Colorado because of the state's marijuana laws.

He was also under investigation for a violation of an NAIA rule, but the university didn't disclose details during a Thursday morning press conference.

Mike Jeffcoat, also a former Rangers pitcher, wrote in the email that "in the past, players [from Colorado] have had trouble passing our drug test."

In them, Jeffcoat writes:

"Thanks for your interest in our program. Unfortunately, we are not recruiting players from the state of Colorado. In the past, players have had trouble passing our drug test. We have made a decision not to take a chance on Student-athletes from your state. You can thank your liberal politicians. Best of Luck wherever you decide to play."

"We have made a decision to not take a chance on Student-athletes from your state," Jeffcoat wrote. "You can thank your liberal politicians."

In a statement, Texas Wesleyan officials acknowledged the email and said Jeffcoat's comments "are in no way a reflection of Texas Wesleyan University, its values or its recruiting practices."

The university is investigating the situation and said it does not condone discrimination of any kind, including "the political legislation of one's home state."

Texas Wesleyan posted online that the coach's message does not reflect any school policy. They would not comment on the status of Jeffcoat.

"We are aware of the email sent by our baseball coach, and the comments he made are in no way a reflection of Texas Wesleyan University, its values or its recruiting practices.

This is a personnel matter and it is currently under investigation. It is our University policy to not discuss personnel matters, but we want to reiterate that this email does not reflect our values and we do not condone discrimination. This includes discrimination on the basis of race, color, origin, ethnicity, gender, age, religion, disability or sexuality; or the political legislation of one’s home state. We are committed to providing an inclusive campus for all of our students, faculty, staff, visitors, potential students and their families.

Texas Wesleyan has a long tradition of excellence in athletics and we are committed to recruiting student-athletes who will excel at our university. Like the NAIA’s core values, we are focused on building and recruiting champions of character."