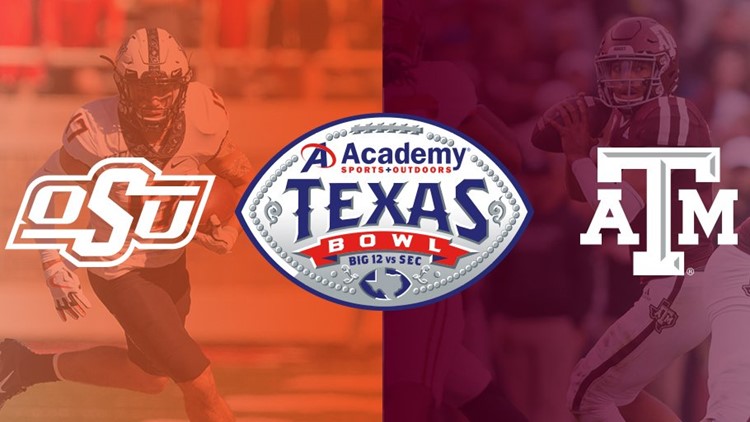 Photo by: Texas Bowl
Oklahoma State will face Texas A&M in the Texas Bowl in Houston on Dec. 27.

HOUSTON — Oklahoma State will face Texas A&M in the Texas Bowl in Houston on Dec. 27.

The Cowboys won four of their final five regular-season games.

The Aggies won four straight before closing the regular season with losses to top-five teams Georgia and LSU.

Tickets for the 2019 Academy Sports + Outdoors Texas Bowl are already on sale.

This year’s game will be played on Friday, Dec. 27, at 5:45 p.m. at NRG Stadium and will be televised nationally on ESPN.

Ticket prices range from $37 to $150 and may be purchased online at www.ticketmaster.com, on the phone at 832-667-2390 or in person at the NRG Stadium box office inside Bud Light Plaza.

The Academy Sports + Outdoors Texas Bowl has ranks in the Top-5 overall in bowl attendance since 2014, trailing only the Rose, Cotton, Sugar and Peach Bowls in that time.