Behind the scenes: Battle of the Sexes

First-hand accounts from one of the biggest sporting events in the history of the Astrodome. 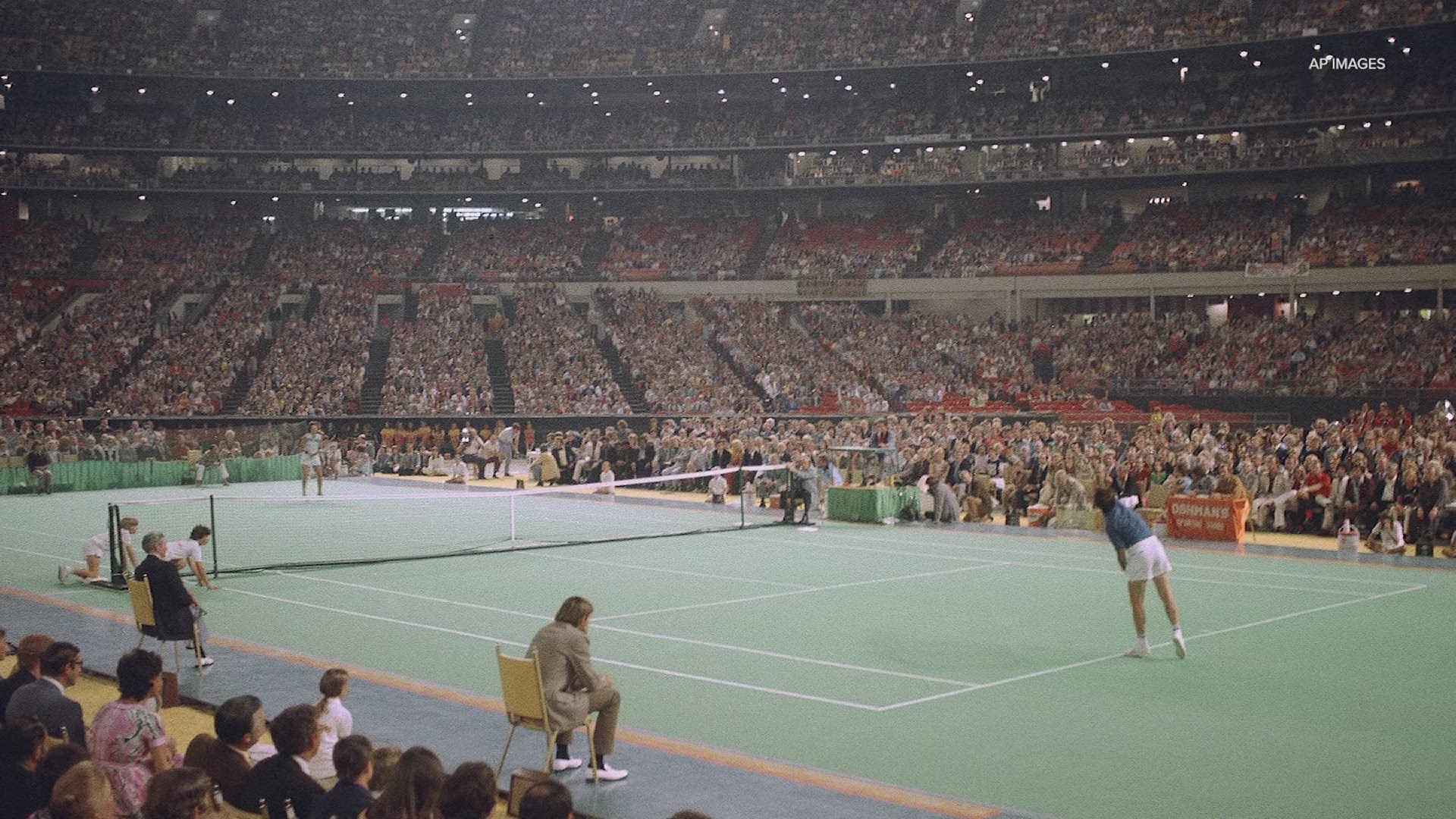 HOUSTON — A tennis court in a giant dome. It was a sight as wild as the actual match that took place on it 48 years ago.

“The Astrodome at that point was only 8 years old,” Houston Post and Houston Chronicle sportswriter Dale Robertson said. “It was attracting these kinds of circus-like events.”

Roberston vividly recalls the duel labeled the “Battle of the Sexes” between Billie Jean King and Bobby Riggs back in 1973.

“It was extremely loud and there was a lot of energy,” Robertson said. “There was a lot of good-natured stuff between husbands and wives, boyfriends and girlfriends. It was clear, certainly that I could tell, that every woman in the building was behind Billie Jean.”

Some say the match served as a turning point in the fight for equality in sports. A proud moment for girls and women across the country, especially for one who was courtside for the whole thing.

“As little girls, we wanted her to win so badly,” recalls former ball girl Jennifer Donnan. “We were thrilled that she did win.”

A former Rice tennis player, Donnan was one of several ball girls part of the match. She won the chance to sit courtside by reaching the semifinals of a tournament held to decide which young men and women would serve as ball boys and ball girls.

“It was such a huge deal for tennis players and for really anybody in Houston,” Donnan said. “It was this big women’s lib thing.”

Houstonian and former Tulane tennis player Eva Batson was also a ball girl at the event. She beat Donnan in that tournament and recalls a rather uncomfortable exchange with Riggs at the end of that competition.

“Bobby Riggs was in town to do some promotions for the match, so he was actually at the trophy presentation which was a big deal,” said Batson, who was 13 at the time. “As he presented me with my trophy, he asked me if he could autograph my midriff. Yeah, kind of a little abrasive.”

Unlike Donnan, Batson’s memory of the match is a bit different and the impact it had on her less profound. She also had an exchange with King during the match, in which she was called out by the umpire for not retrieving a ball that she was told wasn’t hers to get.

“I was a little under-impressed with these two clowns,” Batson said. “At the time I kind of felt like it was adults behaving poorly.”

These two former ball girls were a part of history, something many can’t lay claim to.