Barbers Hill is ranked No. 2 in the nation by MaxPreps. The team leans on its dominant one-two pitching punch of Sophia Simpson and Samantha Landry. 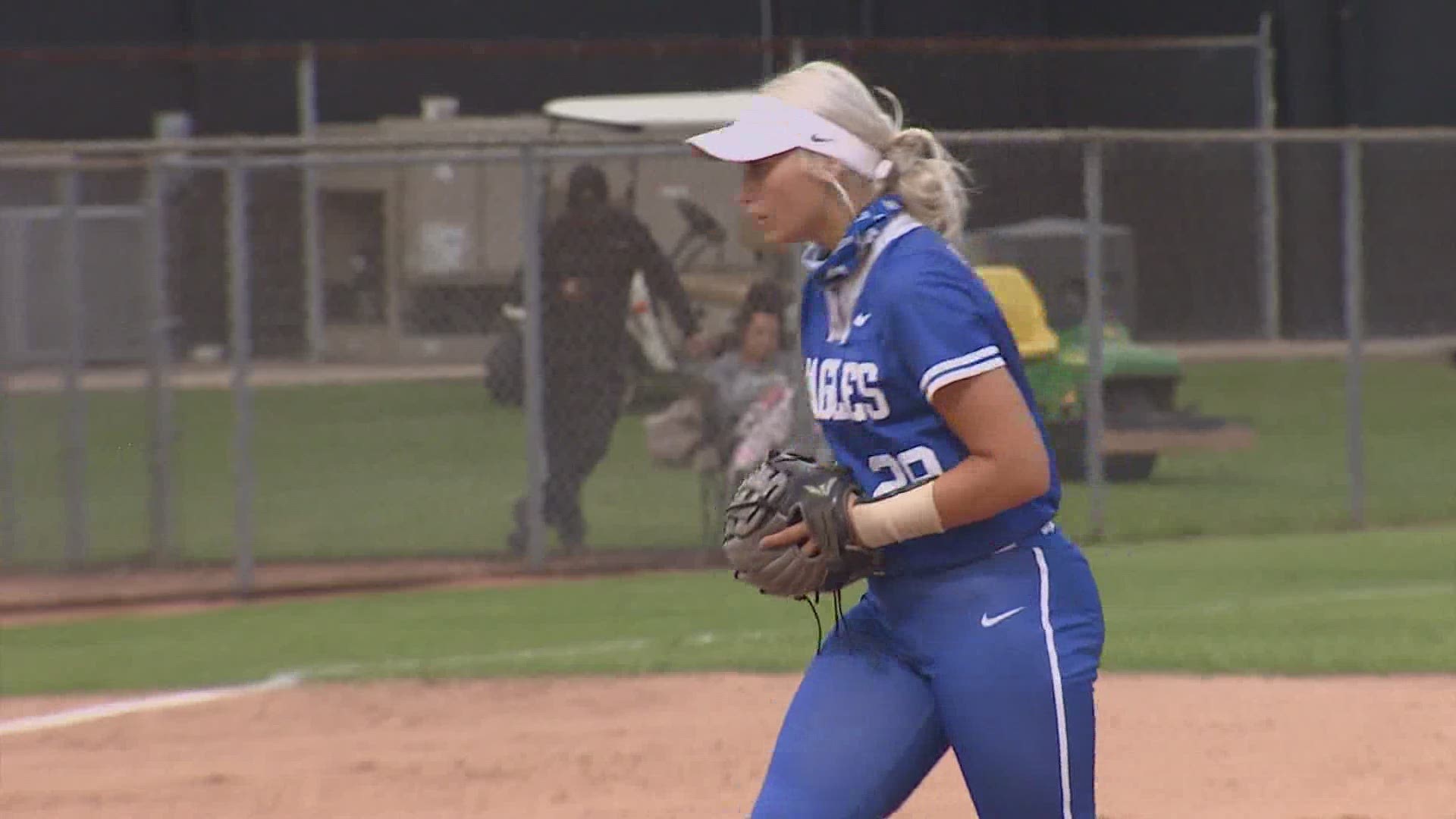 MONT BELVIEU, Texas — The best seat in the house for some of the best softball pitching performances in the state and it belongs to Estela Garza.

It's so fun,” she said. “I just love to see their attitudes and be able to just catch them all the time.”

Garza is always behind the plate for Barbers Hill High School, which is ranked No. 2 in the nation by MaxPreps. It rides on the back of its one-two pitching punch of Sophia Simpson and Samantha Landry.

“We have each other’s back, honestly," Simpson said.

“I think we push each other to a new limit that we didn't even know we could reach,” Landry said.

While they talk nice, their stuff is nasty. During a game at Nederland in April, it was Sophia's turn to return each opposing hitter to the bench. Simpson (16-0) has 209 strikeouts this season, while Landry (15-1) has recorded 219.

“They're very similar, very similar,” Barbers Hill head coach Aaron Fuller said. “I mean, you look at their stat lines and they're almost identical, which is pretty impressive; their attitude, their demeanor in the circle, (it’s) very similar.

It all comes with high velocity and plenty of movement.

“We both throw it hard with a lot of spin,” Simpson said.

They throw so hard, Garza said sometimes it hurts catching them.

“Sometimes I wrap my finger whenever it's cold because if not, my finger just turns blue,” Garza said.

But it will be even more painful when the two senior hurlers are gone. Simpson is going to Texas and Landry is headed to Louisiana at Lafayette.

Until then, Garza will take her position behind the plate, catching two pitchers determined to make their final performances their best ones yet. Barbers Hill (33-2) meets Friendswood on Friday in the next round of the playoffs.

“We know that it's our year to win that championship and we're going to do whatever we have to do to win it,” Landry said.

“Of course, we got to get a couple of runs on the board, but we can hold it down,” Simpson said.