Voters under 40 continue making up a larger-than-usual share of early voters in Harris County, compared to a typical midterm election. 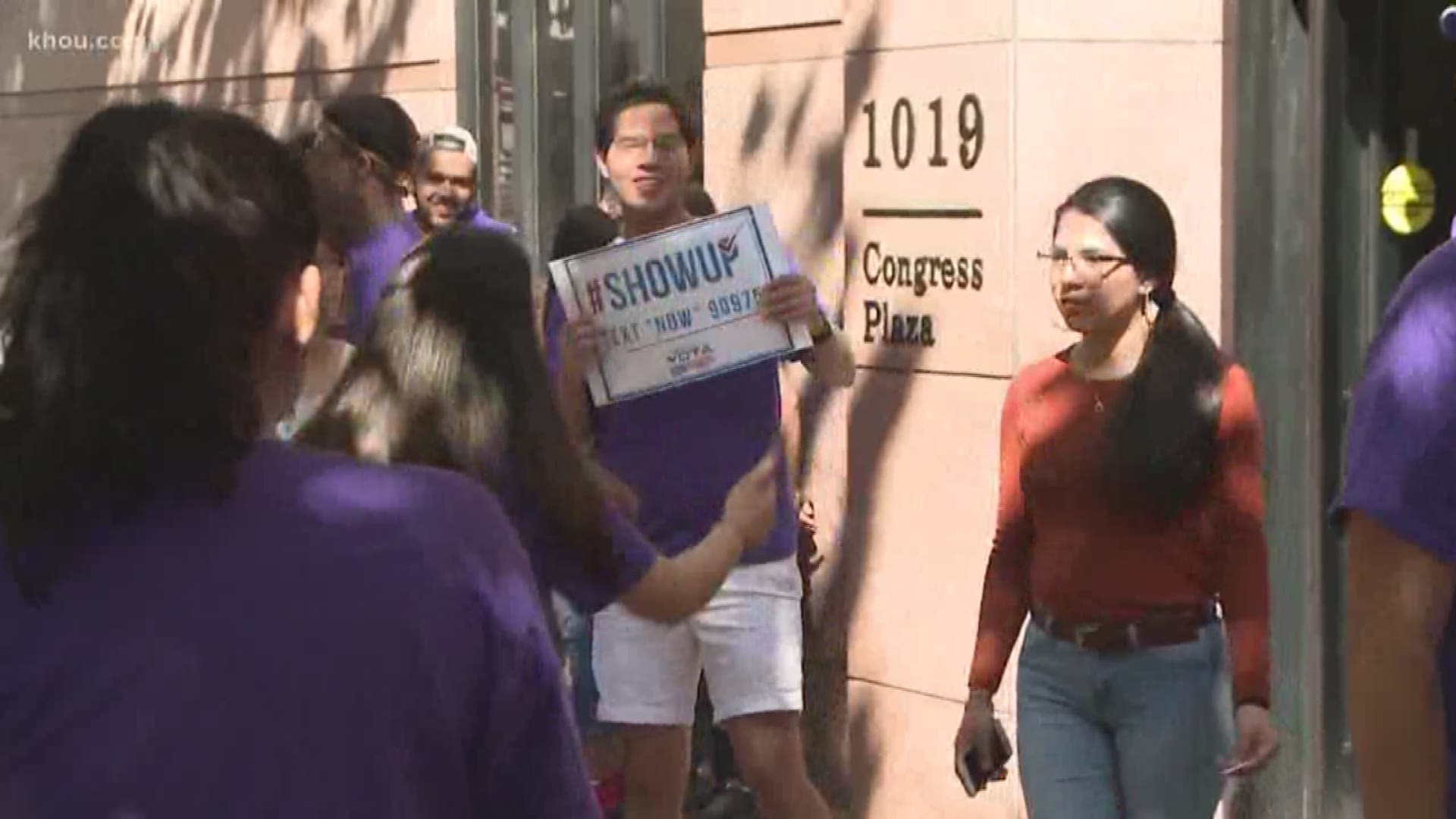 HOUSTON — HARRIS COUNTY, Texas - A week into early voting in Texas for the 2018 midterms, data shows voter youngers in Harris County are still turning out at rates closer to those of a presidential race.

“No, it’s not changing at all,” said Bob Stein, KHOU’s political analyst, when asked how that turnout has changed since early voting began October 22. “If anything, it’s getting a little bit stronger.”

“This is a trend that started on the first day that we were very cautious about,” said Stein. “Almost seven days later, we’re seeing the same trend hold up. I don’t think it’s a trend anymore. I think it’s a reality.”

Stein says a majority of these younger voters live in non-white precincts, and based on polling, he thinks they’re being energized by Rep. Beto O’Rourke’s campaign for U.S. Senate against incumbent Senator Ted Cruz.

“Are they voting at the same rates as older voters?” asked Stein. “No, they are not, but they’re voting at rates that are comparable.”

Though older voters typically lean Republican and younger voters Democrat, Stein says this midterm’s outcome isn’t so clear-cut. Many younger voters don’t vote straight ticket, and he believes major news events like the attempted mail bombings of prominent Democrats and the Pittsburgh synagogue shooting could keep shifting that momentum up until Election Day.

“Campaigns are about momentum and I’ve never seen campaigns shift so much, starting with the Kavanaugh nomination,” he said.

Another big unknown: whether the higher early voting turnout will continue through November 6, or instead is simply an early surge from the usual number of midterm voters trying to avoid the Election Day crowds.