From victories and triumphs to blowouts and debacles, there were some massive sports moments to finish off the final year of this decade. 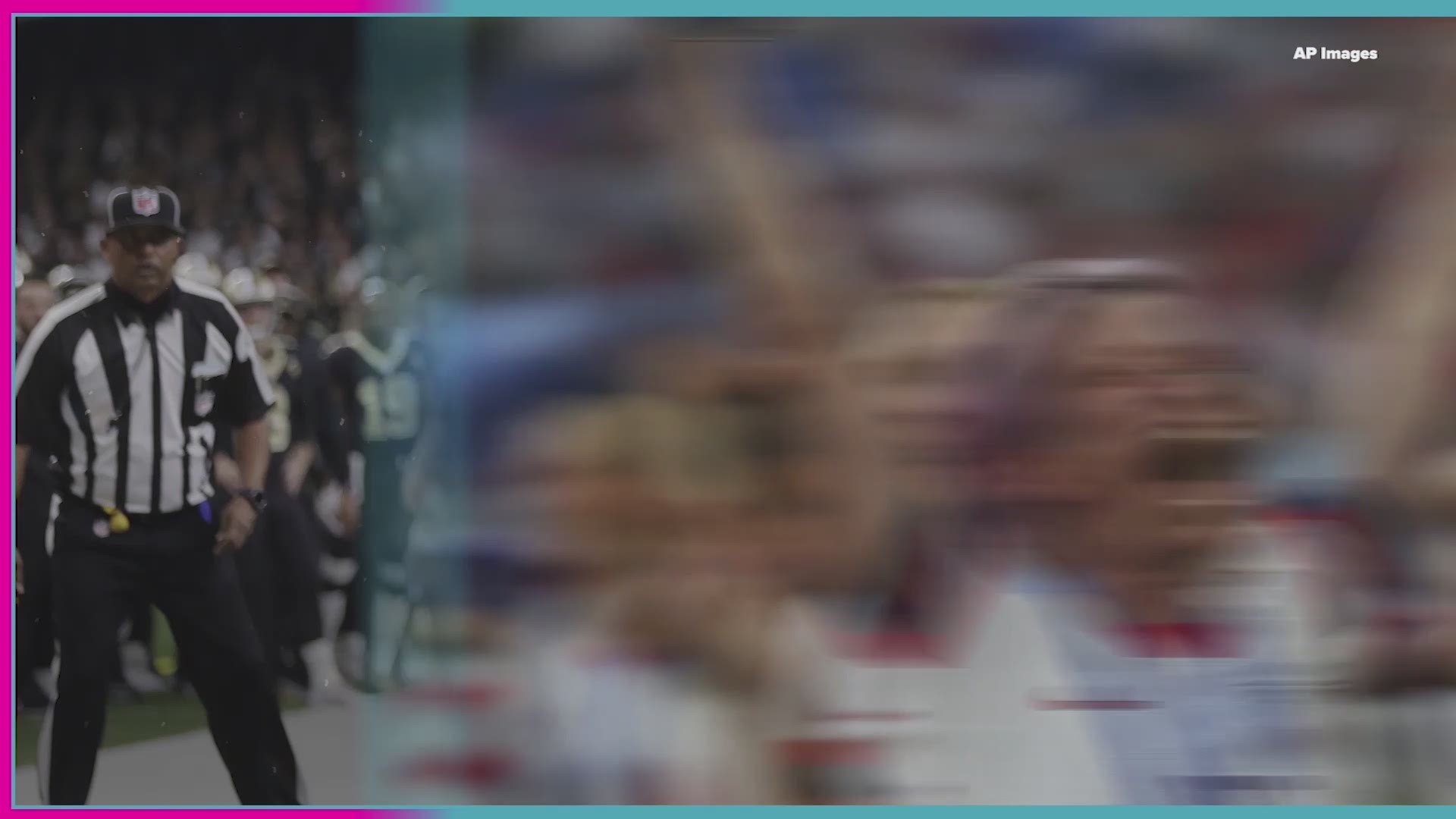 Questionable calls, massive upsets and history making moments. The past 12 months of sports kept everyone on the edge of their seats.

Here's a look at 19 of the year's biggest sports moments.

The Saints-Rams no call in the NFC Championship was perhaps the year's most notorious sports moment. Nickell Robey-Coleman’s helmet-to-helmet hit on Tommylee Lewis was well before Lewis had a chance to catch the ball, but the refs kept their flags in their pockets. New Orleans settled for a field goal on the late fourth quarter drive and went on to lose the game to Los Angeles in overtime, 26-23.

If you're a big fan of defense, this was the Super Bowl for you. The Los Angeles Rams and the New England Patriots just couldn't seem to get anything going offensively when they faced off in Atlanta.

But Rob Gronkowski made two catches to set up the only touchdown of the 13-3 game, helping the Patriots win their sixth Super Bowl during his swan song.

No. 2 Clemson crushed the top-ranked Crimson Tide, 44-16, denying Alabama their sixth national championship in 10 years. 'Bama hadn't lost by more than 14 since Nick Saban became head coach in 2007. And who could forget Clemson’s fast food feast at their White House victory visit.

Kawhi Leonard, aka "The Klaw," hit an improbable game 7-winning buzzer-beater to end the Philadelphia 76ers' title hopes and propel the Raptors to the NBA Finals. With three seconds left, he threw up a prayerful off-balance fade away. After bouncing around the rim multiple times, the ball finally fell Toronto's way.

The horse which crossed the finish line first, Maximum Security, was disqualified for path interference.

A black cat became legendary when it ran onto the field during the Cowboys-Giants matchup on ESPN's MNF.

Credit: AP
A cat runs on the field during the second quarter of an NFL football game between the New York Giants and the Dallas Cowboys, Monday, Nov. 4, 2019, in East Rutherford, N.J. (AP Photo/Adam Hunger)

A brawl between the two players resulted in several long term suspensions.

Jorge Masvidal knocked out Ben Askren in seconds at UFC 239.

The Cavs beat Texas Tech 85-77 in overtime of the title game after a historic upset loss last year.

All sorts of roster changes were made with several big names moving to new teams.

In one of the biggest upsets in boxing history, Andy Ruiz took down Anthony Joshua. Just six months later, Joshua put on a boxing clinic and beat Ruiz during their rematch in Saudi Arabia.

The playoff bombs solidified him as an unlikely postseason hero for the World Champion Nationals.

The German 7-footer finished his 21-year NBA career, all with the Dallas Mavericks, as the league's sixth highest scorer in history. He's likely the NBA's best European player ever, and arguably the same among all power forwards.

She set several records in 2019 and even landed a number of new skills that now bear her name.

RELATED: Video: Simone Biles is a ridiculously good diver, too!

Los Angeles combined for a no-hitter in their first home game following the pitcher's death from an accidental overdose.

After 11 years since winning a major, Tiger rallied to win the Masters in an emotional scene.

US Women win another World Cup