TxDOT said most wrong-way drivers enter the freeway on the exit ramp, which is where they added extra signage and bright red reflective tape on signs and roads. 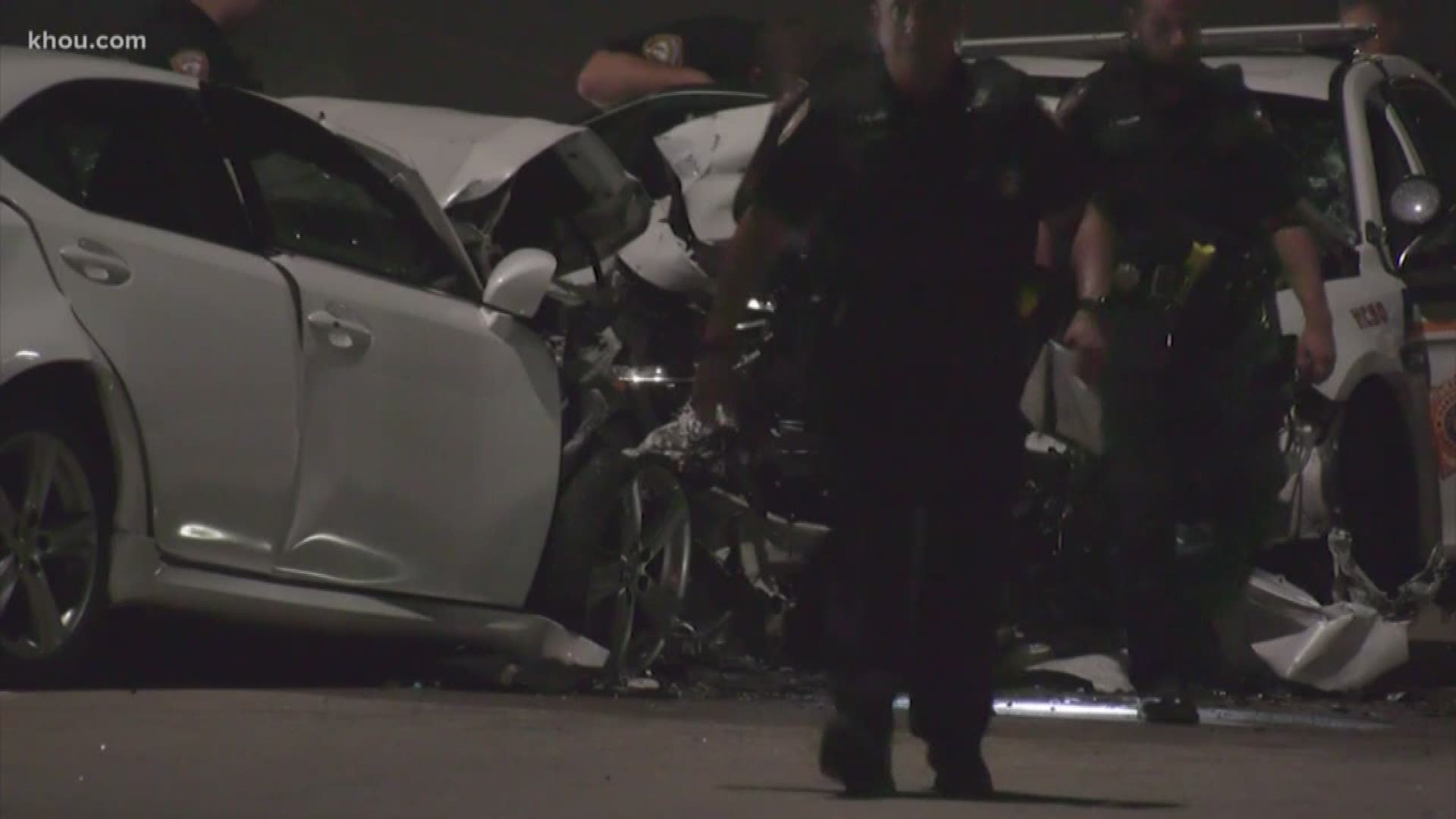 The Texas A&M Transportation Institute (TTI) estimates about 240 wrong-way crashes happen statewide in an average year. In 2017, TxDOT statistics show 138 wrong-way crashes in Houston, 86 in Dallas, 20 in Austin, 14 in Fort Worth and 60 in San Antonio.

The driver blamed for causing Sunday night’s crash on the Westpark Tollway was allegedly drunk.

“We look at different ways, engineering-wise, to make improvements,” said Danny Perez, a spokesperson with the Houston office of the Texas Department of Transportation (TxDOT).

Perez said most wrong-way drivers enter the freeway on the exit ramp. That’s where TxDOT has added extra signage and bright red reflective tape, both on those signs and the roads.

“You will see an arrow…that reflects red to let you know that you’re going the wrong way,” Perez said.

The department has also added "Do Not Enter" signs and lowered other signs.

“When the person’s impaired, their view, what they can see, is not as high as those signs used to be,” Perez said.

TxDOT has also worked with the Texas A&M Transportation Institute (TTI) on new technology, including a wrong-way driver detection system that includes radar and cameras.

“It’ll start flashing (at) you 'Wrong Way' with LED lights on the signs, and that’s been a significant help,” Perez said. “If a vehicle is coming up the wrong way, it’ll send a notice to our folks at Transtar, and we can interact with law enforcement to possibly get that person taken off the road.”

Those detection systems have been installed at 17 locations around the Houston region, and TxDOT officials hope to expand the system.

A spokesperson for HCTRA told KHOU 11 their wrong-way detection system had been in place since 2009. Through it, agency officials determined most wrong-way drivers entered the Westpark Tollway via the exit ramp on Post Oak at Richmond Avenue.

“After installing the flashing LED wrong-way signs on the Westpark’s egress points, the frequency of incidents decreased significantly,” the agency said in a statement.

“When they hired me on, they said, ‘Your main job is to save lives,’” said Matthew De Leon, a TxDOT traffic safety specialist. “That was their selling point, and that was my ‘Yes, I’ll do this’ point.”

De Leon said in addition to engineering and enforcement, education is TxDOT’s other big focus. Their goal: teach drivers and soon-to-be drivers the importance on a safe ride home before that first drink.

In the future, TTI hopes to roll out a system that uses a vehicle’s technology to alert both wrong way drivers and drivers in their path.

A cold front in July?! It arrives Tuesday morning for the Houston area