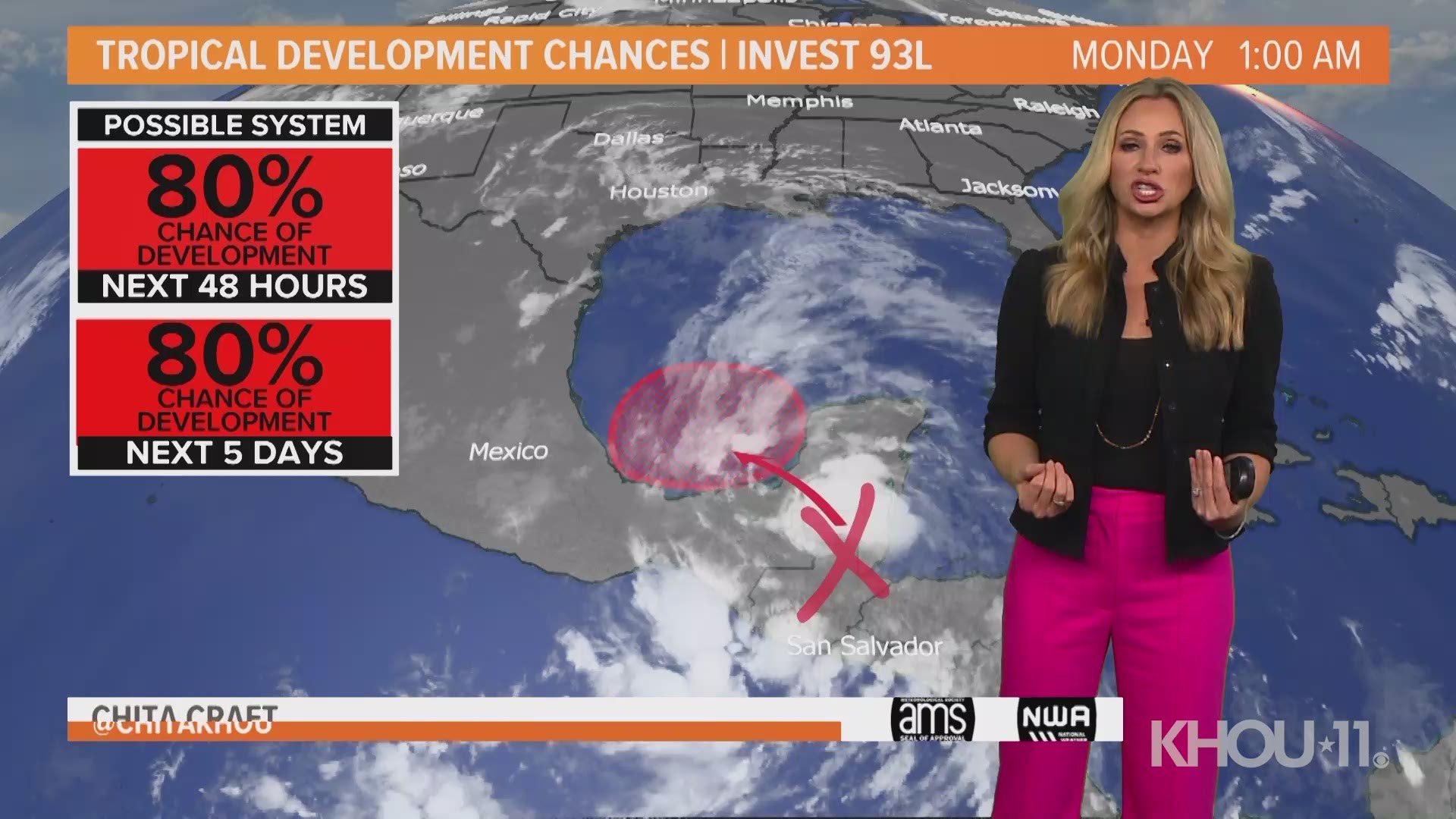 According to Noticias El Salvador, Interior Minister Mario Duran said at least 14 people were dead and four others were still missing as of Sunday evening.

President Nayib Bukele decreed a 15-day state of emergency to deal with the rains that began pounding the country on Friday ahead of Tropical Storm Amanda’s landfall.

“We are facing a critical situation,” said Interior MInister Mario Durán. “The situation in all of the country and especially in the metropolitan area of San Salvador is grave.”

Amanda had maximum sustained winds of 40 mph (65 kph) when it hit Sunday morning, but soon dissipated as it moved overland. By Friday evening it was about 100 miles (165 kilometers) northeast of Guatemala City, according to the U.S. National Hurricane Center.

Credit: KHOU 11
Tropical disturbance has 80% chance for development in the Gulf

RELATED: Eye on the Gulf: Tropical disturbance developing in the Gulf of Mexico

The remnants of the system are now entering the Gulf of Mexico from the south and have a good chance of redeveloping, according to NHC. It’s still too soon to determine where the storm will head, if it develops further, but everyone on the Gulf Coast will want to watch the forecast track closely.