American Airlines has issued an apology 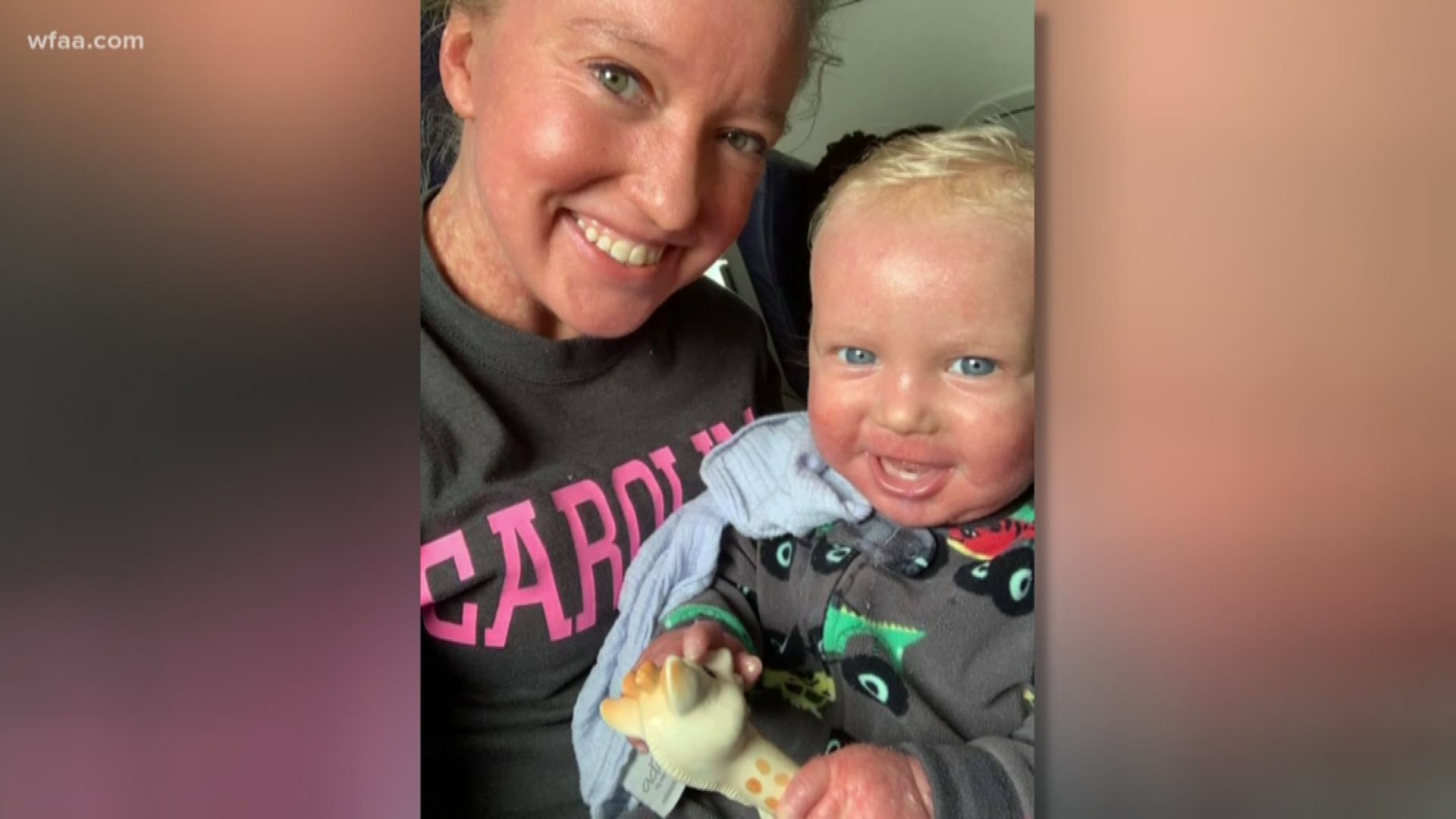 EL PASO, Texas — Ichthyosis is a genetic skin disease in which dead skin cells accumulate in thick, dry scales on the skin's surface. It's a dominant trait, meaning there is a 50/50 chance that a parent will pass it along to a child. According to the Mayo Clinic, fewer than 200,000 Americans have the disease.

Jordan Flake, a mom from South Carolina, has Ichthyosis (pronounced (ik-thee-O-sis). So does her young son, Jackson.

Last Thursday, which also happens to be Rare Disease Day, Flake and her son were kicked off of an American Airlines flight from El Paso to Dallas. Flake wrote on Facebook that it was because of the skin disease she shares with her son.

Jordan Flake
Today is #rarediseaseday ! While I'd like to share something positive, Jackson and I were just discriminated against...big time! **just to clarify, my issue is with the crew. Not the airline...

“We boarded our American Airlines flight where everyone smiled and talked to Jackson,” Flake wrote. “Before take off a man (employee called on flight to handle the situation) came up to my row and asked the 2 men sitting next to me to get up. He then quietly asked me about ‘my rash’ and if I had a letter from a doctor stating it was ok for me to fly.

“I explained to him that it was called Ichthyosis and it was a genetic skin condition. He walked up to the front to talk to the crew. He apparently also googled it during that time. He came back and said he apologized but we wouldn’t be able to fly and we had to get off the plane. He helped me get my bags and Jackson. He talked to the pilot as we were getting off. The pilot seemed ok with it, but the flight attendant rudely said (without even acknowledging me) ‘well she doesn’t have a letter from a doctor, so…’”

Flake emphasizes in her Facebook post that her anger is not for the airline employee who took her off of the plane, but for the crew in general.

American Airlines released a statement about the incident Sunday, saying:

“Our goal at American Airlines is to create a welcoming environment for all of our customers. We sincerely apologize to Ms. Flake and her son for the experience they had Thursday, and our team has begun an investigation into the matter. Our Customer Relations team has already spoken to her directly and upgraded them on their American flights. We will also be refunding the cost of her trip as well.”

Flake also wrote about the experience at Love What Matters, a website that “exists to spread real stories by real people far and wide, to celebrate the love, kindness and compassion they represent.” She wrote previously about living with Ichthyosis on the site, and also maintains YouTube and Instagram profiles dedicated to documenting life with the disease.