Winds are now blowing smoke east, but they are expected to shift again later today 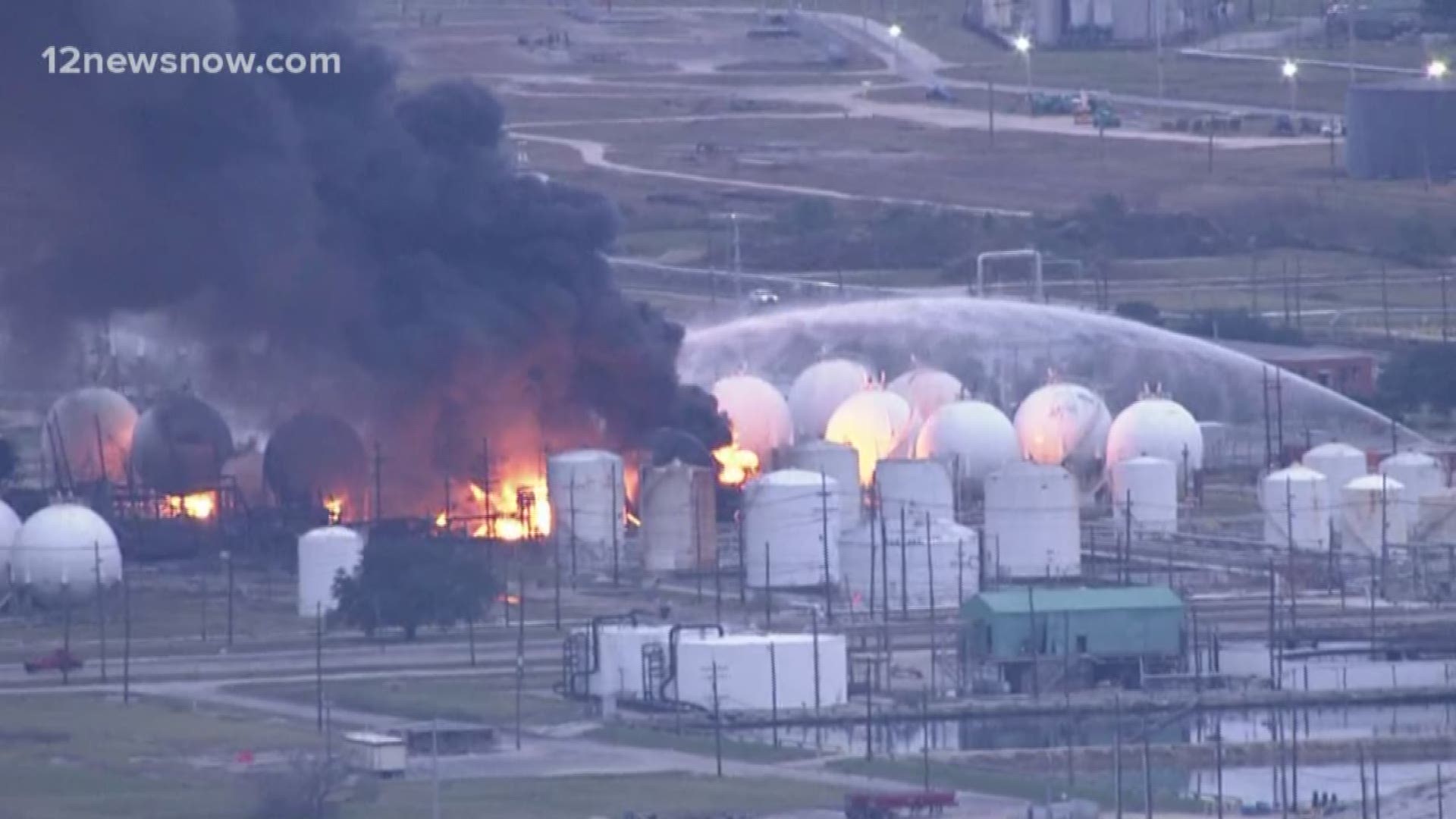 The fire continues to burn more than 24 hours after the initial explosion.

Winds are currently out of the east, causing the cloud of smoke to move closer to the ground. The shift means the plume is moving over more populated areas causing concerns about air quality.

However, the smoke cloud is beginning to thin out. At 6:30 a.m. Thursday, the smoke was very thick. By 8:30 a.m., it was much thinner and moving a little higher from the ground.

Branick said as of 7:40  p.m. Wednesday, the air quality is within federal and state guidelines, and the public is not currently in danger.

He said a third-party monitoring agency is working around the clock performing air quality checks.

“We’re staying focused on the safety of our emergency response personnel folks in and around in the community as well as trying to protect the environment,” Troy Monk, TPC’s director of health, safety and security, said.

"I'm not the lease bit concerned about what caused this. Right now, it's about public safety. It's about the environment and fire suppression and getting this incident under management," Branick said.

Checks around the perimeter of the plant and throughout Southeast Texas is expected to continue for days and weeks to come.

12News has requested reports from the air quality readings.

50,000 residents were sent scrambling after being ordered to evacuate Wednesday afternoon after a second major explosion rocked Port Neches.

The evacuation includes a four-mile radius around the plant and includes Port Neches, Groves, Nederland and a portion of northern Port Arthur.