Wild West: Texas will be among stormiest places this week

Flood threat will increase later in the week for Houston as the ground becomes saturated with bouts of heavy rain. 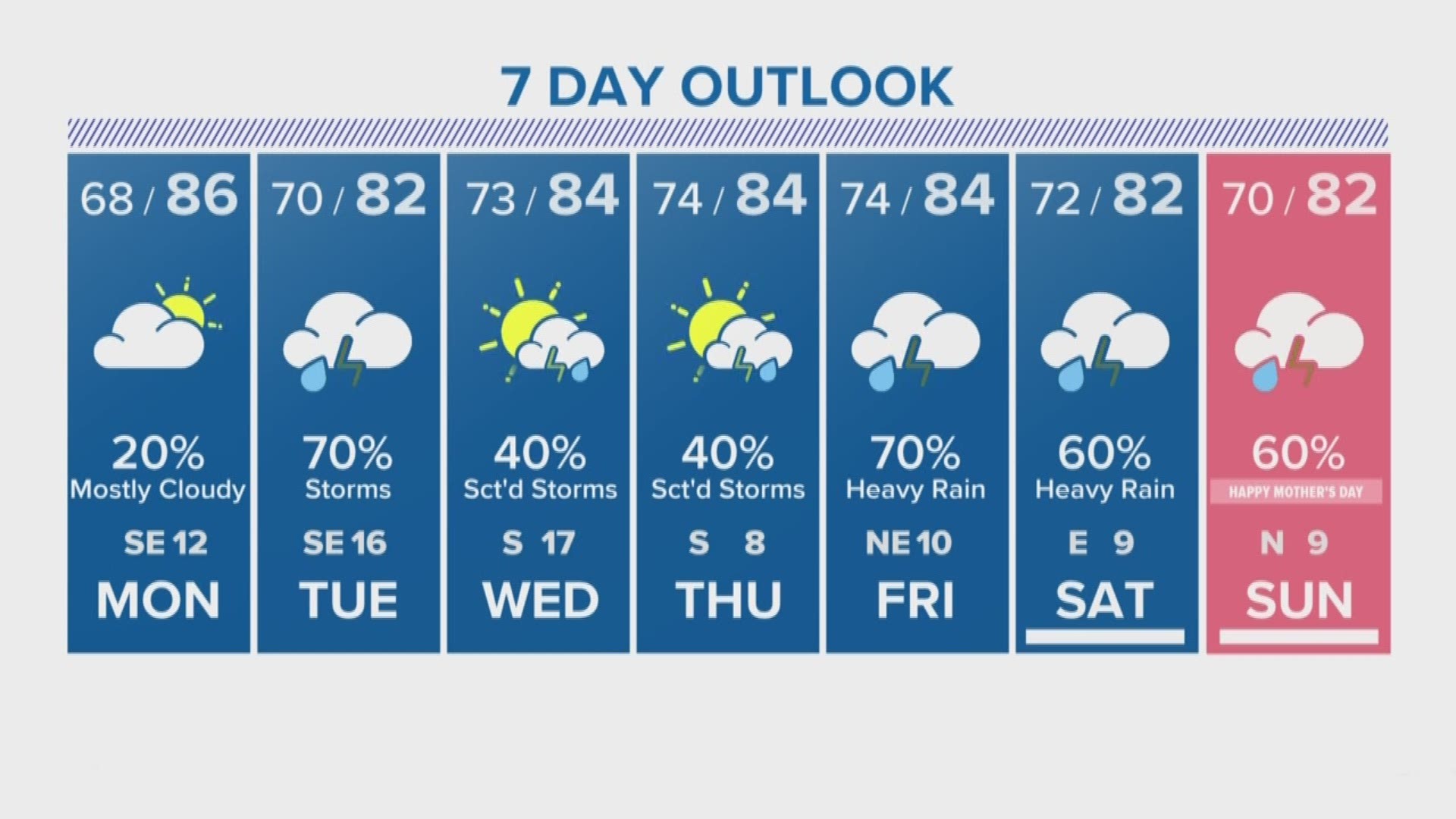 Time to trade in the sunglasses for the umbrellas as a very unsettled weather pattern descends on Texas and Houston. The risk of severe weather and flooding will exist across nearly the entire state and transition into Houston late week.

Before going over the threats locally, it should be noted that it will not rain every where, every day although the chances will certainly be elevated to high, especially Tuesday and Thursday through the weekend.

This week will offer a Pandora's Box of weather from strong thunderstorms, gusty winds, hail, tornadoes and flooding across the state. Initially the threat will remain well to the west of I-35 in far west Texas but by the end of the week, we too will turn our attention to the onset of bad weather and area flooding concerns.

The National Weather Service summed it up like this in their afternoon discussion on Sunday:

"While all of the specifics will still have to be worked out, we're looking at pretty high confidence of a soggy week ahead. This will only exacerbate the river flooding issues we've been seeing recently, particularly on the Trinity River. We'll also have a few shots for bouts of heavier rain ahead this week. At this time, nothing stands out as a particularly dangerous threat for flash flooding, but there is potential that will require careful evaluation with each new forecast through the week. This will become increasingly important late in the week as stretches of rain will further saturate the ground and reduce the amount of rain needed to cause flash flood concerns. Overall, a widespread 3-plus inches are forecast across virtually all of southeast Texas this week...and highest totals for the week are pushing 8 inches around Lake Livingston. Localized amounts could be higher."

One of the more concerning aspects of this upcoming pattern is a slow moving frontal boundary and a blocking pattern up north. Anytime you have a slow moving and or stalled front in your area, especially in May when the atmosphere is warm and can hold a lot of moisture, you run the risk of excessive rainfall.

Monday: Locally, you'll notice a stark increase in the clouds. The start of the work week will be mostly dry and warm with an increasing shower chance late in the evening. Otherwise, look for mostly cloudy to cloudy skies with highs in the mid 80s.

Tuesday: The first of several disturbances will rotate through our area. The best chance of rain appears to be in the afternoon and evening. Models have backed off the intensity of the rain but are still looking at a widespread event. Rain chances stand at about 70%. High temperatures will be stunted to near 80 degrees.

Wednesday and Thursday: Rain chances will drop back down to the lower end of the spectrum (30-40%) as Tuesday's disturbance exits the region. Look for mostly cloudy skies and temperatures in the mid 80s both days. Isolated storms can't be ruled out but it should not be a widespread, all day event.

Friday through Mother's Day Weekend: the aforementioned front makes its way into our area. That is going to focus the deep tropical moisture over our area and cause the totals to begin piling up. This coming weekend looks pitiful with widespread on and off again heavy rain. Some areas by the end of the week may have tallied several inches of rain with an outside shot of some deluge totals of more than 6 inches.

Stay tuned to khou.com or download our khou weather app and we'll make sure you have the latest information on this developing weather situation this coming week.