A deeper look into the HPD officer at the center of a narcotics raid that ended with two people dead and five officers injured. 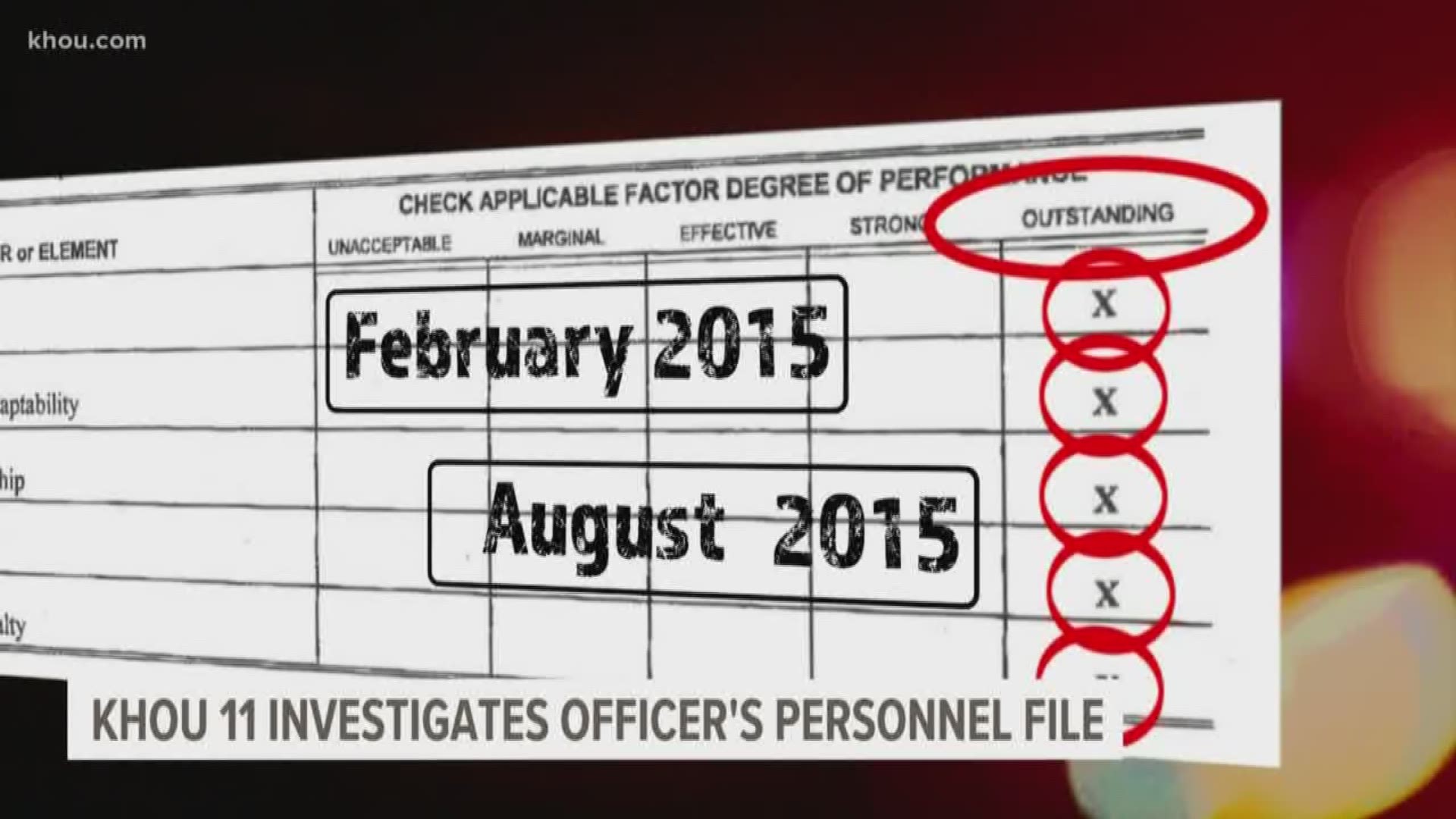 HOUSTON — The Houston undercover officer who led a deadly drug raid in southeast Houston last month is now the target of a criminal investigation.

Gerald Goines is accused of lying about a confidential informant's drug buy so he could get a warrant needed for the Jan. 28 no-knock raid in the 7800 block of Harding St.

He was hospitalized for weeks with a gunshot wound to the face and was released from Memorial Hermann Hospital on Thursday, Feb. 21.

KHOU 11 took at look at his history with the Houston Police Department.

According to his 288-page personnel file, HPD supervisors repeatedly copied and pasted favorable performance reviews for the narcotics officer.

The 34-year HPD veteran was praised for utilizing confidential informants “to positive ends” and for his “highest level of safety awareness.”

The supervisors did so eight separate times over the course of four years. However, those supervisors always used the same exact wording in each semi-annual employee performance review.

Court records show the officer was sued twice for his role in officer-involved shootings, but those incidents never show up in his file.

His employment reviews also never mentioned a written reprimand the officer received in 2002 for not tagging crack cocaine evidence in the police crime lab.

Instead, supervisors wrote on his subsequent employee review that his “work performance is considered to be exceptional.”

The records show Goines received “outstanding” ratings, the highest possible, for more than 12 consecutive years; at the same time, supervisors repeatedly cited the officer for not filing all his paperwork in a timely manner.

In his most recent performance review last August, which also included “outstanding” marks, supervisors wrote that the officer “needs to refocus on narcotics case management and increase his productively levels.”

His lawyer said while in the hospital, he has given only one statement to police about the raid that killed Dennis Tuttle and Rhogena Nicholas.

He reportedly said the informant told him he saw a 9mm handgun and a large amount of heroin in the house.

Turns out, there never was a drug buy at the house or an informant who saw a large amount of heroin and weapons.

When HPD detectives interviewed Goines at the hospital, they asked for the name of his informant.

Goines wasn't able to talk at the time, but he wrote down the name of the informant he said bought the heroin. Investigators then interviewed that informant, who told them he wasn’t involved in a drug buy on Harding Street.

He also said Goines sometimes paid him for work he didn’t do, according to an affidavit.

Twenty-eight of those cases are active, the DA’s office said.

“Our duty is to see that justice is done in every case,” Harris County District Attorney Kim Ogg said. “Although the criminal investigation of Officer Goines is ongoing, we have an immediate ethical obligation to notify defendants and their lawyers in Goines' other cases to give them an opportunity to independently review any potential defenses."

Lawyers in all 28 pending cases were notified on Wednesday, Feb. 20.

HPD Chief on deadly raid: 'We will...get to the truth'