Who can, can't travel under the new travel ban

A scaled-down version of President Trump's travel ban goes into effect Thursday night with the blessing of the Supreme Court. 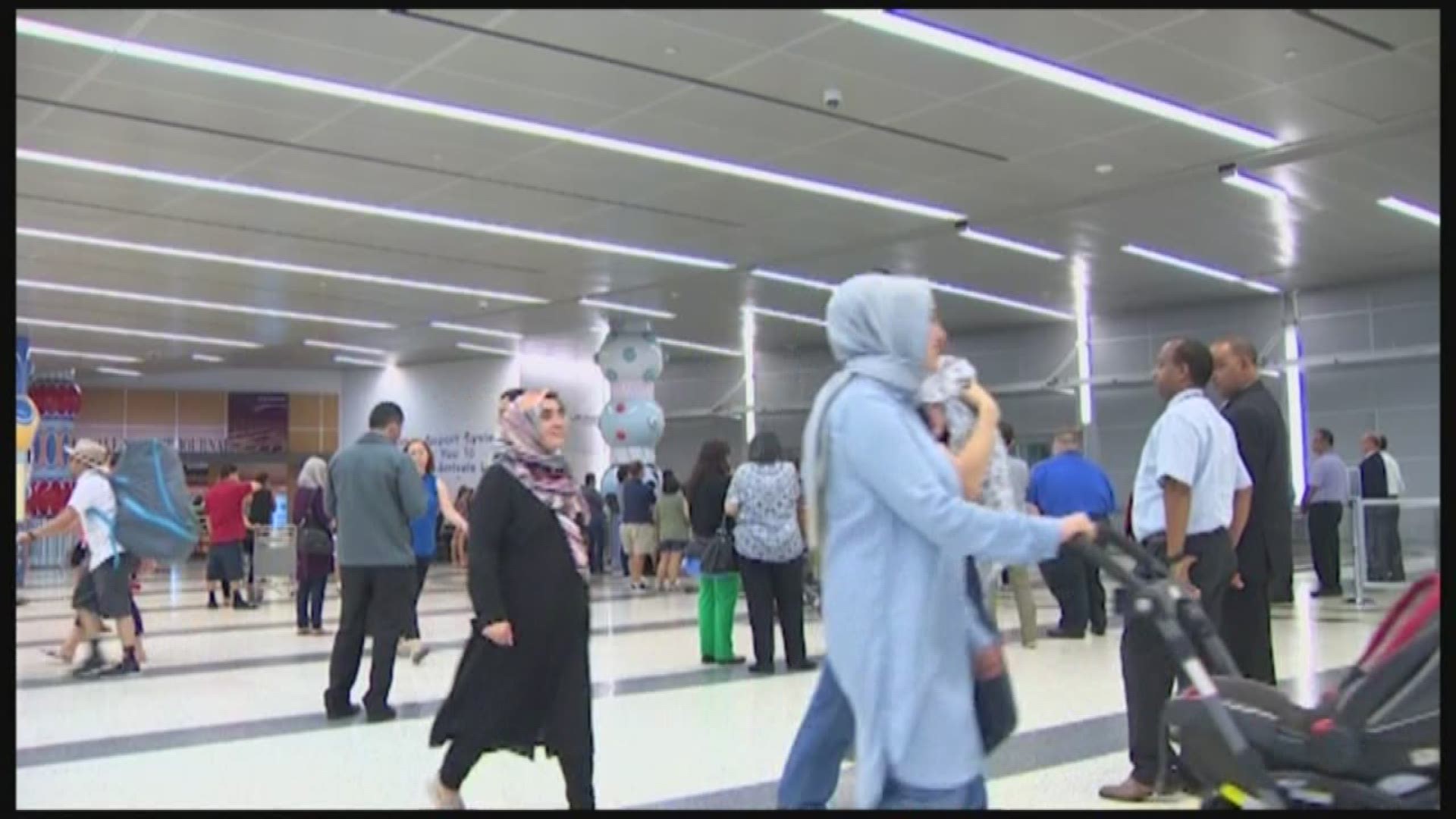 That broad ban was quickly halted by federal courts. But at 7 p.m. CT Thursday, a scaled-down version went into effect with the blessing of the Supreme Court.

Immigration experts expect less disruption because far fewer travelers will be affected: those from Iran, Libya, Somalia, Sudan, Syria and Yemen without close ties to the United States.

The State Department said Thursday it created its list of qualified relatives based on a definition of family found in the Immigration and Nationality Act. That is why the administration will treat a daughter-in-law as a relative but not a grandparent or fiancée.

A senior administration official said refugees who have been approved to enter the country by July 6 will be allowed to do so, but those planning to arrive after will be subject to the ban.

The official, who spoke on condition of anonymity to fully explain the guidance being provided, said foreigners who already have interviews scheduled at U.S. consulates for visas will be able to continue that process. But, they may end up being refused entry if they cannot show strong ties to the U.S.

As an international city, travelers from all over the world come and go from Houston’s airports every day.

At Bush IAH Thursday, the new restrictions got mixed reviews.

“And it’s not fair to be treated this way,” said Fatma Ali, a native Egyptian and Muslim. “It’s pure discrimination.”

“We elected Donald Trump to protect us, and if this is one of the steps he has to take, I’m all in agreement,” said Houstonian Susan Hilliard.

“People are just not sure what is expected of them to prove, because if you have to prove a bona-fide relationship, well, how do you prove that?" said Houston immigration attorney Mana Yegani. "Can you just provide a phone number and would that suffice? Or do they really want a birth certificate?"

Tap/click here for more on the travel ban from the Houston Immigration Legal Services Collaborative.