Zack Greinke has been upfront about his social anxiety diagnosis. Some Yankees fans taunted him for it during Game 4 of the ALCS. 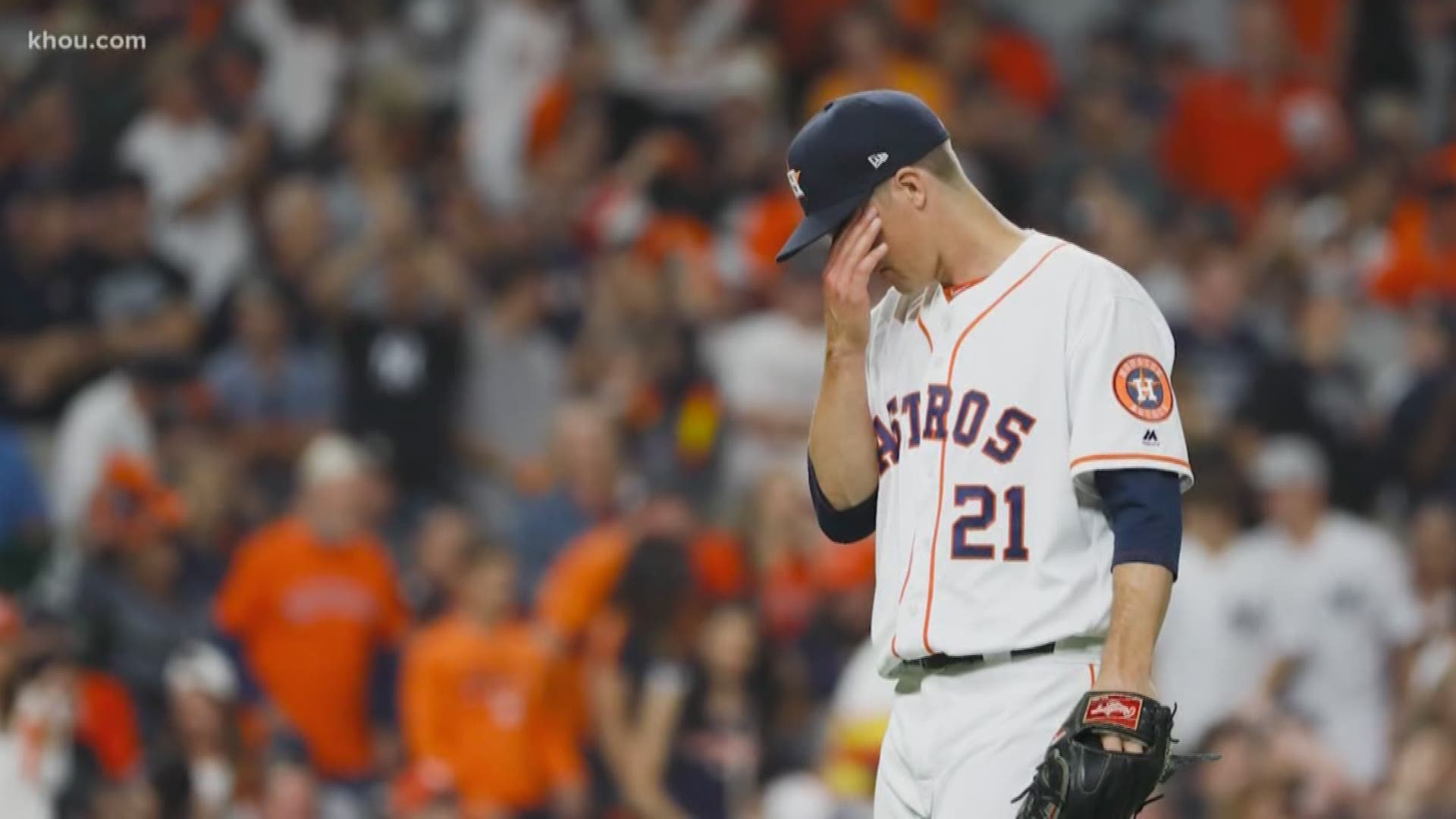 HOUSTON — Playing in one of baseball’s most iconic ballparks against one of the most die-hard fan bases would rattle anyone’s nerves, and Houston Astros pitcher Zack Greinke faced the daunting task head-on.

However, some New York Yankees fans took their love of their team a little too far.

NJ.com reported Yankees fans were yelling out personal taunts at Greinke, making fun of his public struggle with anxiety.

Greinke is a powerhouse on the mound, but behind his pitching dominance, the Astros star battles social anxiety.

Dr. Asim Shah, executive vice chair of the psychiatric department at the Baylor College of Medicine, said the mental health issue can affect anyone.

Greinke has been upfront about his social anxiety diagnosis.

Dr. Shah said it’s the second-most common form of anxiety, affecting 15 million people in the U.S. He said it starts developing in people as young as 6 years old.

“It starts in kids who are usually very prone to parents who are making them perfect. Everything needs to be perfect then kids get anxious,” Dr. Shah said.

Social anxiety can be triggered in a competitive setting where someone is required to perform.

“If somebody was about to come out and say, 'I have this issue,' people would be reluctant in doing that because somebody can make fun of them," Dr. Shah said.

Dr. Shah said one of the best ways to deal with it is by tuning everyone out.

While the full scope of Greinke’s struggle with social anxiety is unknown, Dr. Shah said he serves as a role model for those going through the same thing.

“Anytime anybody who’s popular comes out with something like that, people relate well, and it gives them hope that they can be that person also, which is a very positive thing,” he said.

Social anxiety has also been linked to depression. Dr. Shah said medication and cognitive behavior therapy can help deal with some of the symptoms.