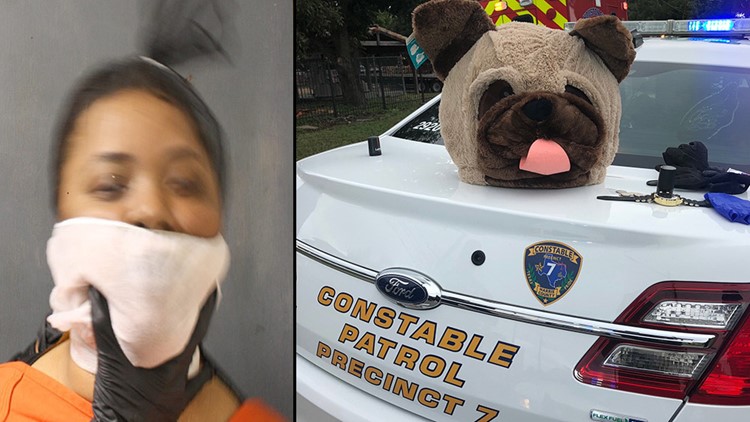 Colleen Dickens' mug shot was blurry because she was "extremely combative," according to HCSO.

HOUSTON — Deputies had their hands full Thursday morning with a woman wearing a dog costume and fairy wings.

Precinct 7 deputies were called to the Stripes Gas Station in the 2300 block of Southmore after Colleen Dickens reportedly stole some cash, cigarettes and a lighter.

When they drove up, Dickens, 30, jumped into her vehicle and took off.

Deputies threw out spikes at the corner of Parkwood and Scott and Dickens was forced to pull over.

She was arrested on a charge of felony evading arrest.

Harris County Sheriff’s deputies say Dickens spit on several of them during the booking process and was “extremely combative.” They had to put a spit guard over her mouth and hold her head to get the mug shot.