Ignoring your coworkers could save you from burnout: Report

If you want to avoid exhaustion – just ignore your work pals. 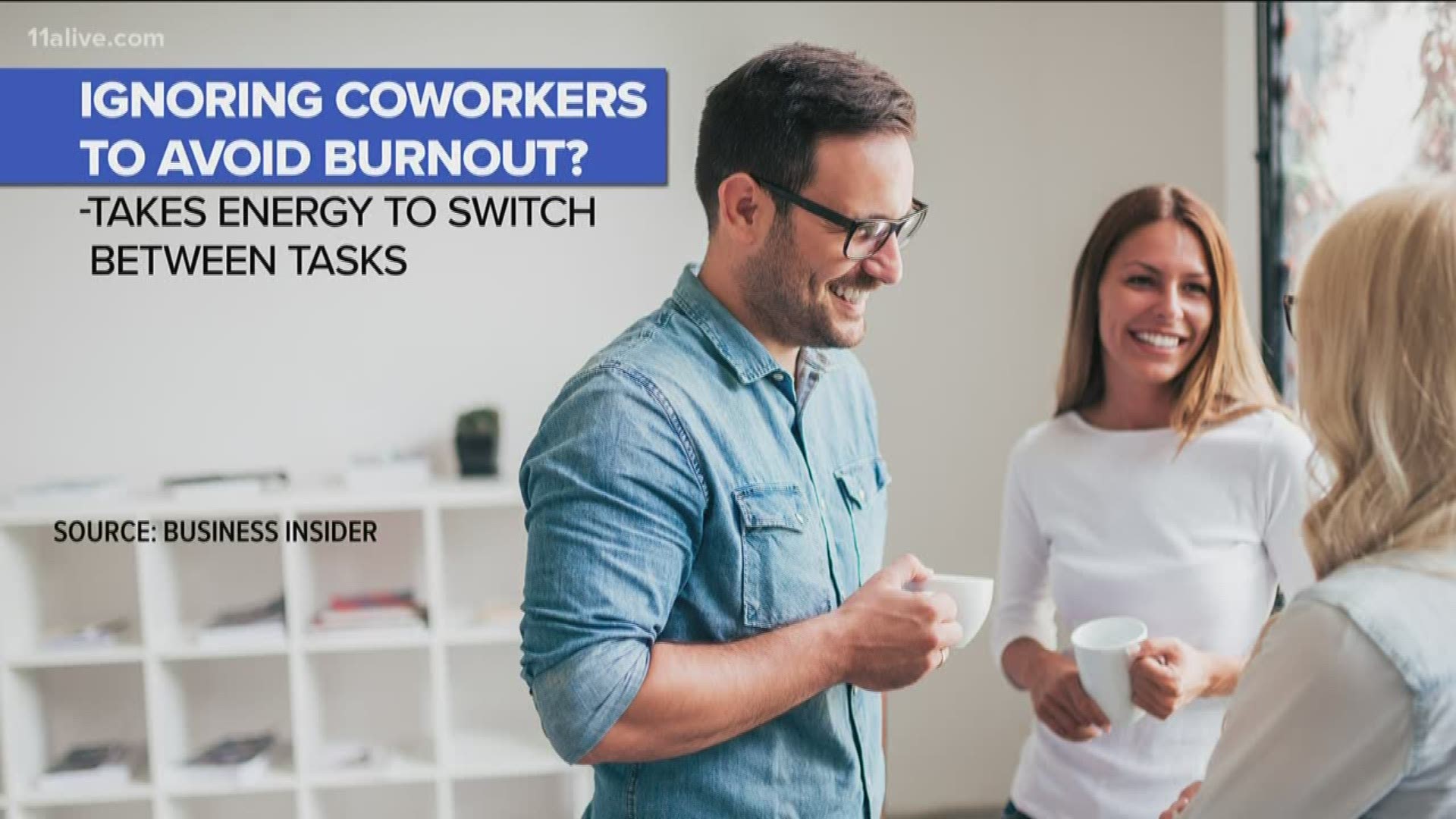 Chatting it up with your co-workers on the job? You might want to hold off on that gossip at the water cooler. It could burn you out!

If you want to avoid exhaustion – just ignore your work pals. That’s according to a new report.

Business Insider spoke to a psychologist who said every time you chat with a coworker, you lose productivity. That's because it takes energy to switch between tasks, and it can take between five and 25 minutes to refocus.

"We're busy and distract ourselves all day long with our phones and smartwatches, all while trying to work efficiently in a busy office. We just end up exhausting our brains," psychologist Ulrika Leons explained to Business Insider.

Experts recommended wearing headphones to send the signal that you don't feel like talking right now.

Back in May, the World Health Organization declared job burnout as a real issue. While it's recognized as a "syndrome" and not a medical condition, it is called an "occupational phenomenon."

It is characterized by three dimensions, according to the WHO: