Mark Shields owns a Delorean and has it outfitted in much the same way you see it in the 1985 movie with Michael J. Fox and Christopher Lloyd. 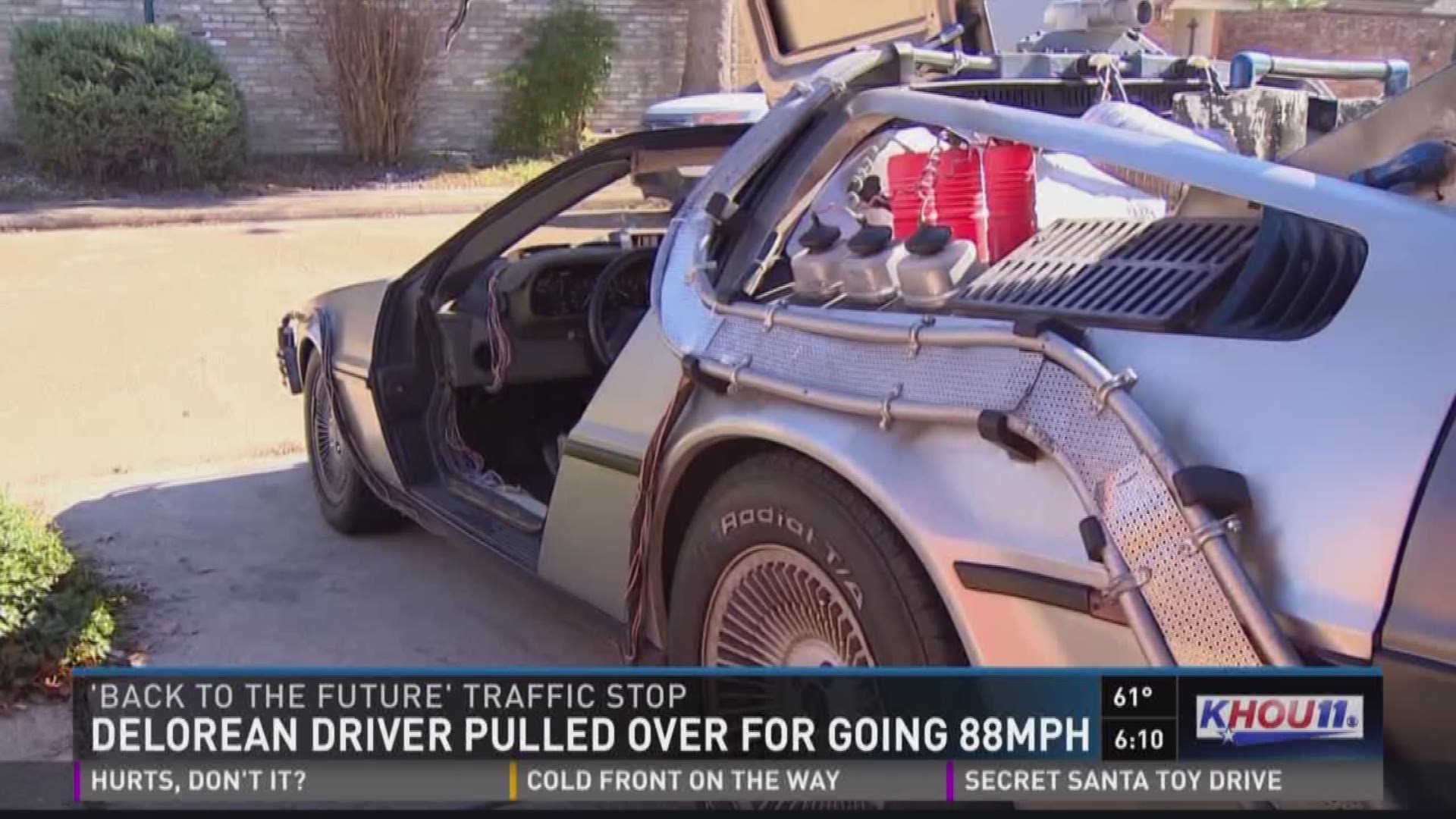 HUMBLE, Texas- Mark Shields of Humble is a fan of all things in Hill Valley, California. That's the town Back to the Future takes place.

He owns a Delorean and has it outfitted in much the same way you see it in the 1985 movie with Michael J. Fox and Christopher Lloyd.

Shields said he takes the car all over the country for events and was headed to San Antonio last Friday for one on Saturday when a trooper pulled him over.

"The trooper said 'The reason you're pulled over is because I'm giving you a ticket for going 88 mph,'" Shields said. "We said, 'Hah that's a great joke' and he said 'I don't joke about my job.'"

Shields said the trooper even asked him questions about the Delorean.

"He's like, 'How long did that take you to make? He asked me the typical Back to the Future questions and at the end handed me a ticket that was real."

Shields said it was just ironic that the ticket was for 88 miles per hour.

"I think I'm going to go to court dressed up as a Marty McFly," he said. "I'll have friends dress up as Doc Brown. Let's see how far this can go because I take my job seriously."

Shields said he hopes people will see the story beyond the ticket and donate to Michael J. Fox's foundation for Parkinson's Research.