Seven chickens are clearing Boerne's Van Raub Elementary of crickets amid an insect invasion this week. 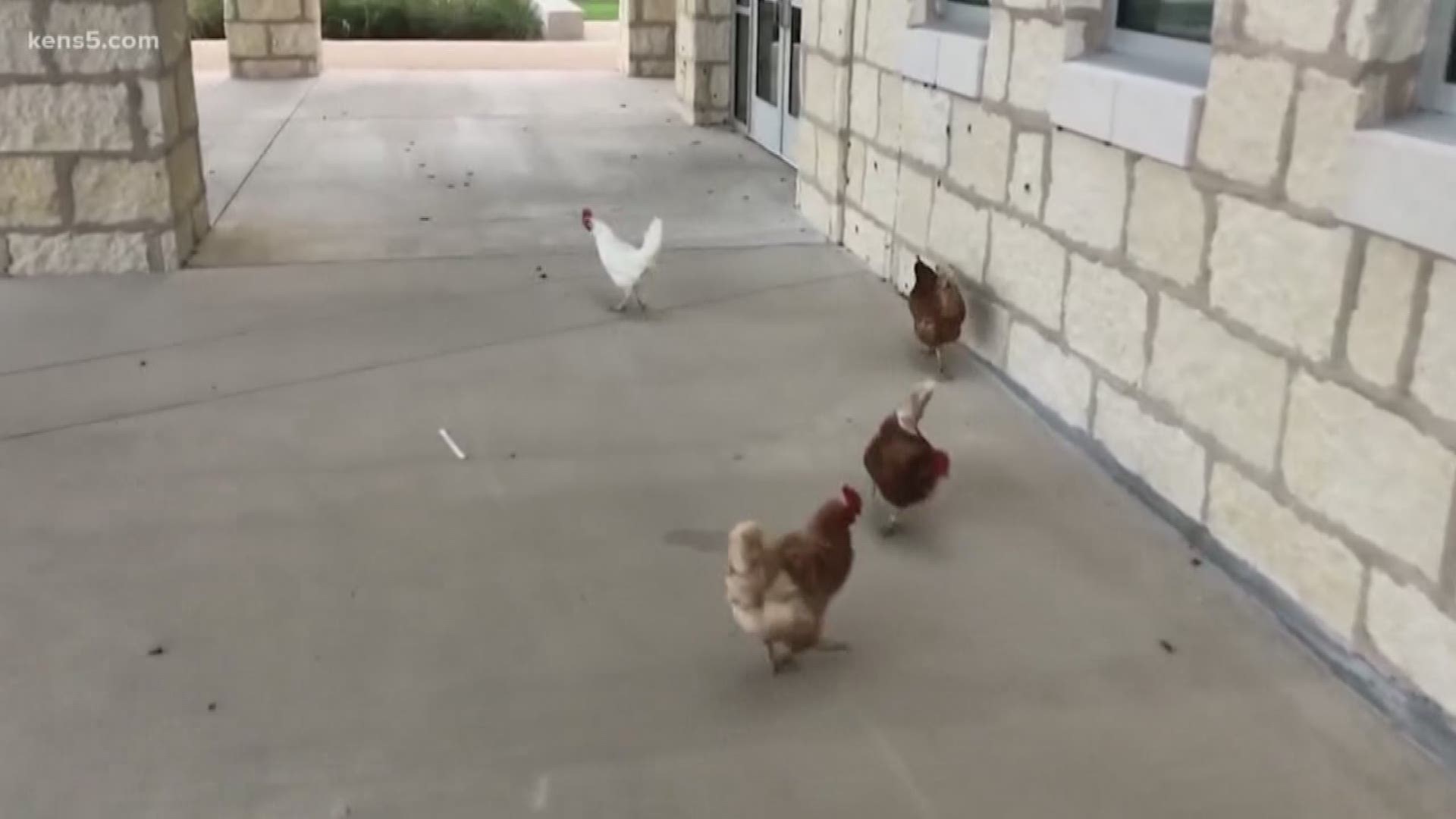 BOERNE, Texas — There are seven chickens that live at Van Raub Elementary School. The children care for them each day. They feed them, give them water and clean their cages.

After that, the kids carry them to the front of the school where they can enjoy a mid-day treat: Crickets.

It's cricket season in South Texas. You may see one, two or 20 of them on a daily basis.

Van Raub Elementary Principal Jamie Robinson said they had crickets piled up near the front doors on Monday.

"We had kids tip-toeing," Robinson said. "Kind of freaking out!"

While crickets are gross to some, chickens think they're delicious.

On Wednesday, Robinson let the chickens out to chow down on the bugs. He captured video of the feeding frenzy and posted it to Facebook.

"They were going crazy," Robinson said. "We had so many yesterday. They cleaned up a few hundred."

Meanwhile, footage of the snacking chickens is doubling as big-time entertainment for others. The video has already racked up more than 200,000 views.

"I thought we'd get maybe 100 views," Robinson joked. "I never thought chickens and crickets would make the news like that. The chickens have done their job!"

The principal said the video has grabbed the attention of people across the country. People have commended them for not using pesticides to kill the bugs, while some have also offered to send food and other supplies to keep the chickens thriving.

"We're saving money on our chicken treats and we're cleaning up organically," Robinson said. "We cracked the code1"