'Be back shortly' | Suspect leaves note on stolen Jeep

The note found on the car reported stolen out of Denver also asked that the car not be towed, according to Arvada Police. 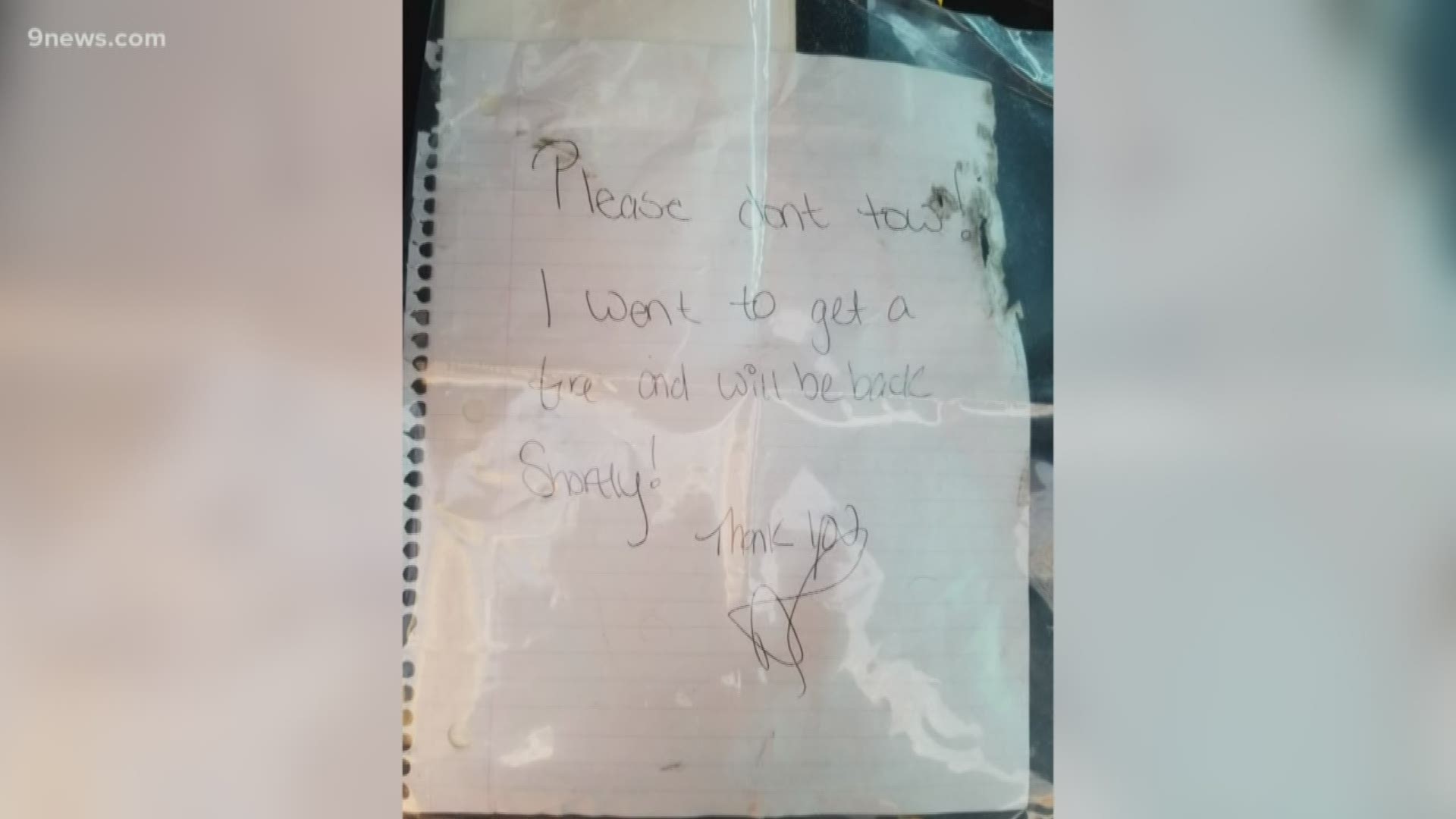 ARVADA, Colo — A handwritten note left on a stolen vehicle helped officers in Arvada make two arrests Wednesday morning, according to a tweet from the Arvada Police Department (APD).

Officers with APD initially spotted the stolen white Jeep Grand Cherokee around 8:30 a.m. Wednesday morning in the area of West 58th Avenue and Field Street, according to a spokesperson for APD.

The driver eluded officers and the vehicle, which had been reported stolen out of Denver, was located a short time later in the area of Oberon Road and Yarrow Street, according to Dave Snelling with APD. The front tire of the vehicle was completely shredded with the rim exposed, according to police.

RELATED: Police officer accused of trying to sell pot seized during an investigation

Officers also noticed a note on the vehicle that read, "Please don't tow! I went to get a tire and will be back shortly! Thank you."

Her mug shot is below, APD said Cordova's photo is not yet available.

Here are the number of cars reported stolen in Arvada, according to the most recent data available online:

> More crime data for Arvada can be found here.