More than a year after losing her wedding ring down the drain, Sarah Wolff had given up hope, until her friend noticed a Facebook post. 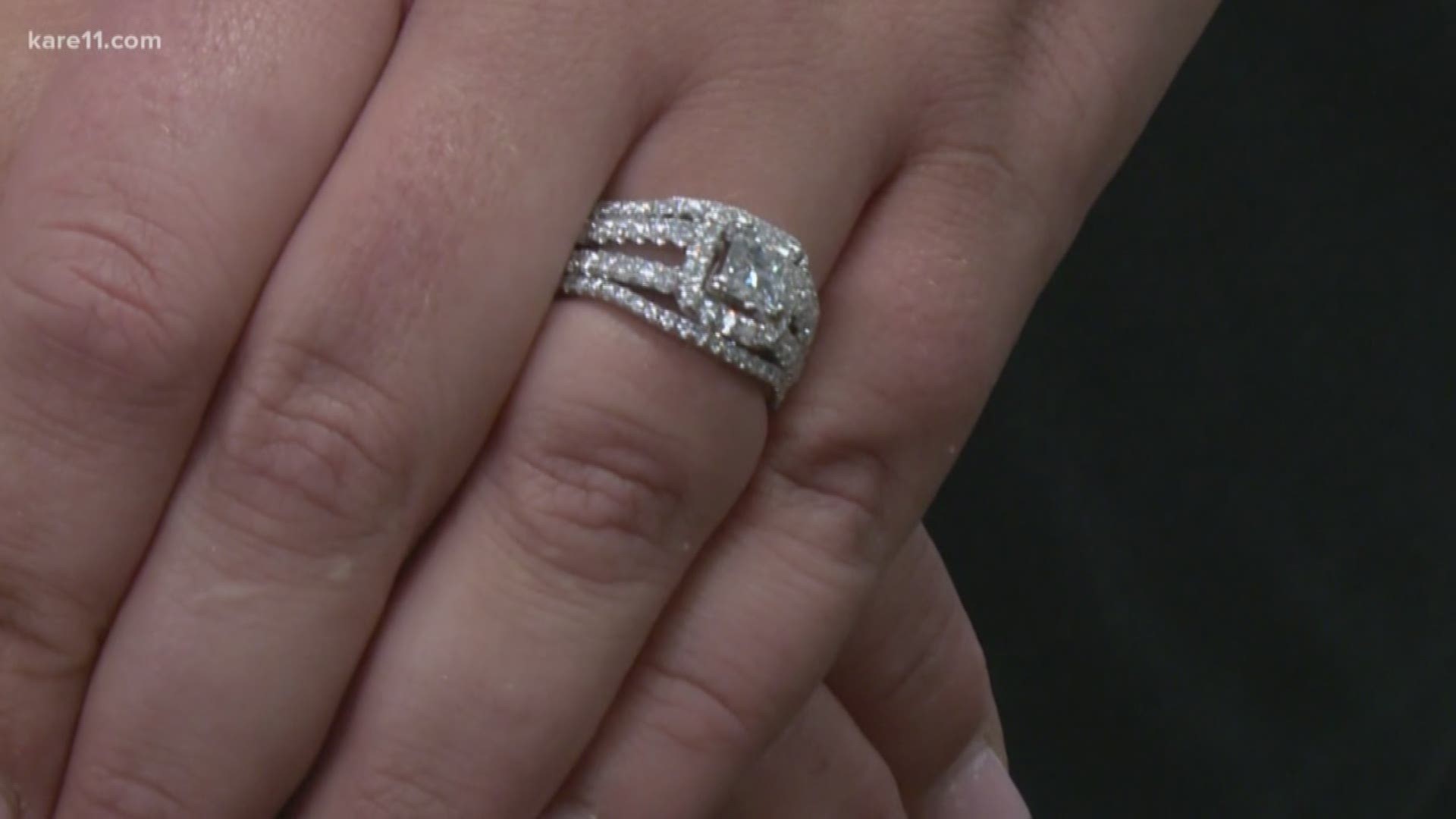 Sarah Wolff will never forget the feeling she had last March, when she realized her wedding ring was missing.

"I did not want to tell my husband but I didn't want to look in the plumbing, so I had to," Wolff said, with a laugh.

She knew the last place she left her ring was on the edge of the bathtub during a bath.

"She thinks the cat knocked it down the drain," said Sarah's husband Jacob Wolff. "Searched in there, searched all over the house and we couldn't find it."

The ring remained missing for more than a year, until Sarah's friend alerted her to a Facebook post from the City of Big Lake, which alerted residents that a wedding ring had been discovered during a routine sewer cleaning.

"You could tell it was a ring," said David Sperling, a public works employee who noticed the glimmering circle through an open manhole just as a pressure washing machine was moving through. "(The ring) had already moved and so I reached down into the pipe and it was down in there about a foot. I just kind of pulled it back and there it was."

David turned the ring into the city and the city turned it into a Facebook post, which turned up on Sarah's page thanks to a friend.

"I still didn't think it was mine," Sarah said. "But I called and I described it and sent photos and sure enough it was mine."

David handed off the ring on Friday, and Sarah then brought it to Shane Co., where her husband initially purchased it, so that she could have it extensively cleaned.

"It's beautiful," Sarah said, as she picked up the ring on Monday. "It looks like a whole new ring now."

Shane Co. also gave her a new necklace with her wedding day engraved on it, and the company then announced that it would be providing David with a gift as a thank you for his good deed.

"He's just amazing and shows that there is honest people out there," Sarah said.

"I was just doing my job more than anything," David said. "I just wanted her to get her ring back and a happy ending to the story."