'We felt the shake. We felt it.' | ExxonMobil explosion strikes fear in nearby community 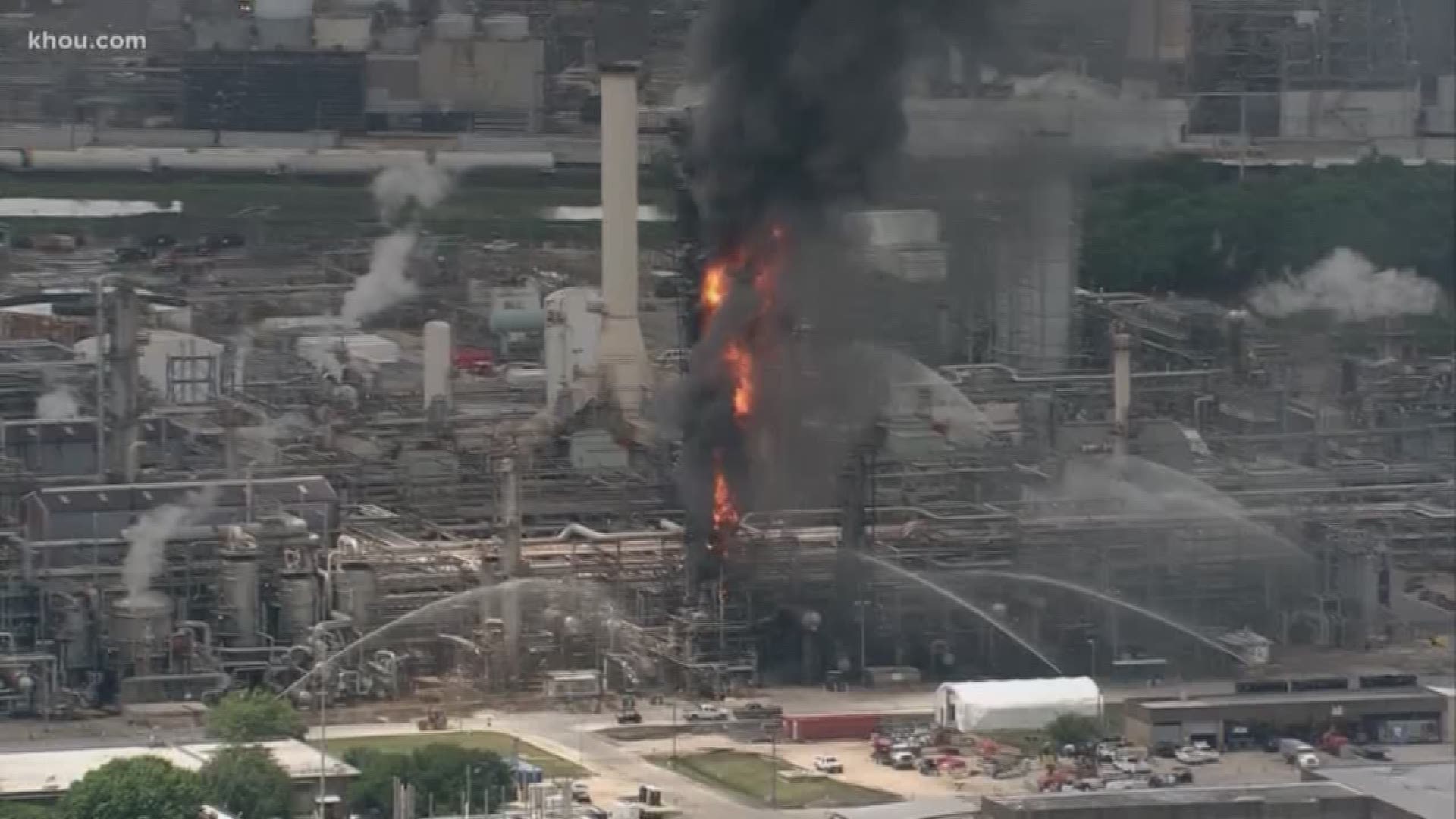 BAYTOWN, Texas — If you were near the ExxonMobil Baytown Olefins Plant on Wednesday you either saw, heard, or smelled the explosion or fire.

The flames and dark smoke shooting from the refinery sparked fear in the community.

Irma Anez works for Turner Industries near the plant.

She said she didn’t know what was happening.

“Everybody gets on their phones and realizes what’s actually going on,” she said.

Anez said her crew got out of the area they were working in..

“I myself carry a radio and there is announcements," Anez said. "It was one that said, ‘BOP, there’s a fire at BOP.’”

The fire caused workers at the plant to evacuate.

Many of them tried to wait out the unknown by going under the little shade available.

Some workers who didn’t want to go on camera for fear of getting in trouble said they ran after seeing and hearing the explosion.

“We all need to make a living and this is a good way of staying above water," she said.

After a few hours they were let back in to get their cars.

Anez lives across the street from the plant and found a notice from her apartment letting her know of a voluntary shelter-in-place.

The shelter-in-place request has been lifted by the city of Baytown.

"It’s just something we live through," Anez said when asked if she's ever scared of what could happen working and living near a refinery. "We moved from The Valley to come to this. Especially to work and make a better life for us.”

At the moment some of those employees and contractors that we talked to don’t know if they’ll be able to go back to work Thursday.

In a nearby neighborhood, Mike Szumski said he felt the explosion.

“Shook the bed, shook the windows,” Szumski said. “As I look outside everything’s above here [tree line] flaring the flames.”

Szumski, who also dealt with the effects of the ITC fires, said he’s fed up with the area.

“I fear it. I think everybody else does fear it in here, too," Szumski said. "You know what? I am moving. I am moving this is enough.”

Baytown resident Terri Blackwood, who lives on the Ship Channel, saw it, too.

“There was an incredible boom and I said Exxon just blew up!” Blackwood said.

Blackwood has lived on the water for 10 years and although she’s used to such things, said she’s not without worry.

“There’s often the chemicals that are on your car the next day," she said. "How bad is this, you know? What is the effect and what are the long-term effects?”

Harris County Judge Lina Hidalgo said the county is asking for more air and soil monitors, wants to improve the alert system and wants plants to do a better job reporting what materials they’re working with.

Blackwood believes the plant does care about safety.

“I think everybody did a great job on responding," Blackwood said. "I’m not saying that I’m OK with all of their practices but as these kinds of things happen, they have to step up and address it.

"It’s for the safety of the people but it’s also their product.”

WATCH | Neighbors to ExxonMobil plant in Baytown are fed up