Fireworks were found all over the parking lot and officials said the fire caused more than $100,000 in damage. 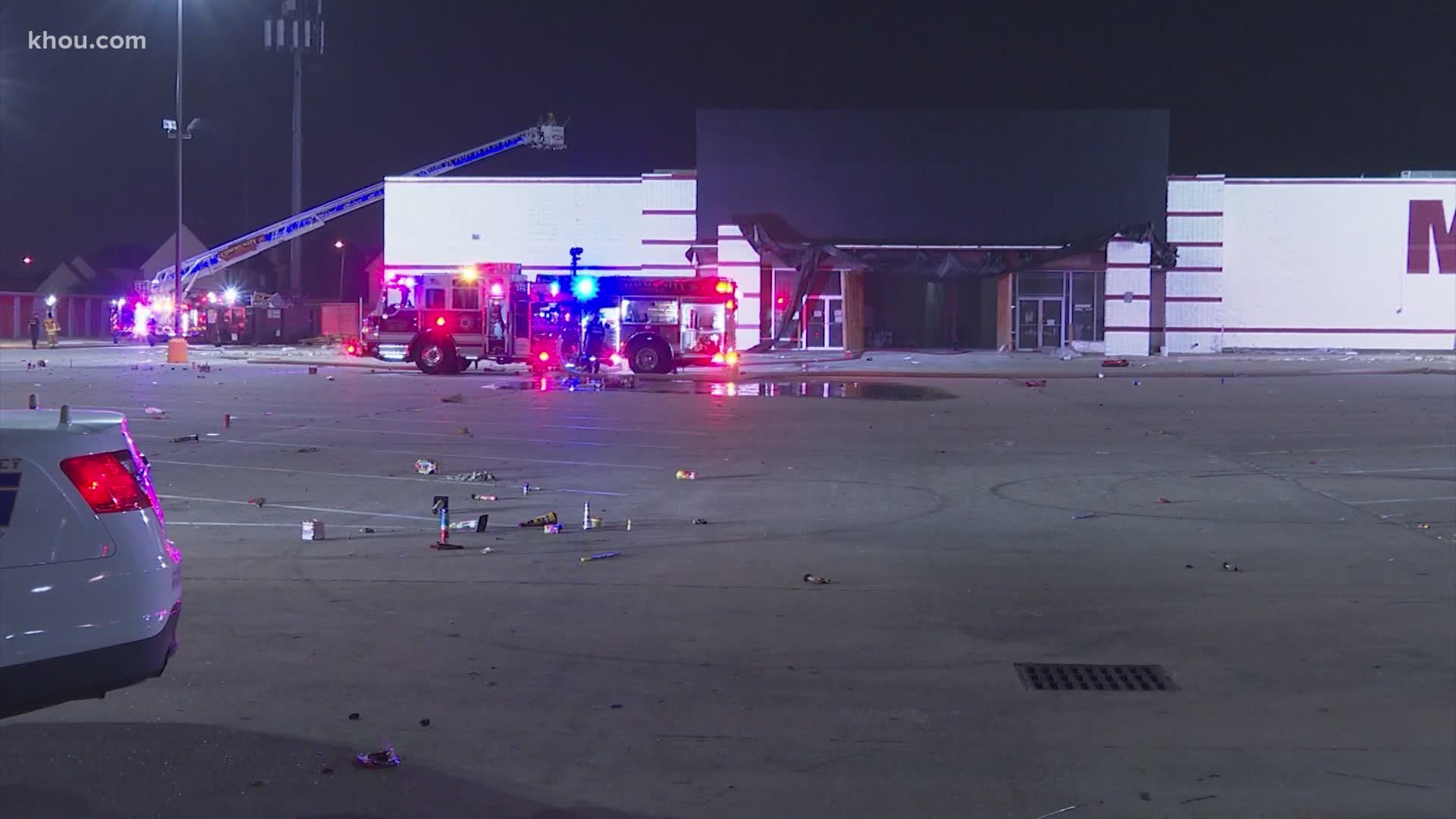 HARRIS COUNTY, Texas — The Harris County Fire Marshal's Office said fireworks caused a fire at a building under construction near Mission Bend on the Fourth of July. The fire caused $120,000 in damage, according to fire officials.

At the time of the fire, firefighters said they though fireworks were to blame due to the amount found in the parking lot.

The fire sparked at about 10:30 p.m. at what used to be the Mercado 6 Marketplace on Highway 6 at Empanada. The building is under construction and is being transformed into a gym.

The Community Fire Department said they received multiple calls about a large fire coming from the roof of the building. Firefighters said when they arrived, they were able to immediately put large amounts of water on the fire, saving most of the building.

Most of the fire was put out in about 30 to 40 minutes. Thankfully, no one was injured.