VIDEO: Challenger the Eagle lands on Mariners pitcher during anthem in first-ever mishap

The AEF said the mishap likely happened because Challenger mistook pitcher James Paxton for one of his handlers.

The American Eagle Foundation responded after East Tennessee's beloved free-flight performance eagle Challenger had his first-ever mishap in 23 years during a baseball game in Minneapolis Friday.

The famous bald eagle flew onto the field as he's done many, many times before during the national anthem, but instead of returning to his handler -- Challenger unexpected landed on Seattle Mariners pitcher James Paxton.

Paxton was in the outfield with his cap over his heart when Challenger flew around Paxton a couple of times before he landed on his upper back. Paxton remained very calm for a man that had a giant bird of prey on his shoulder. 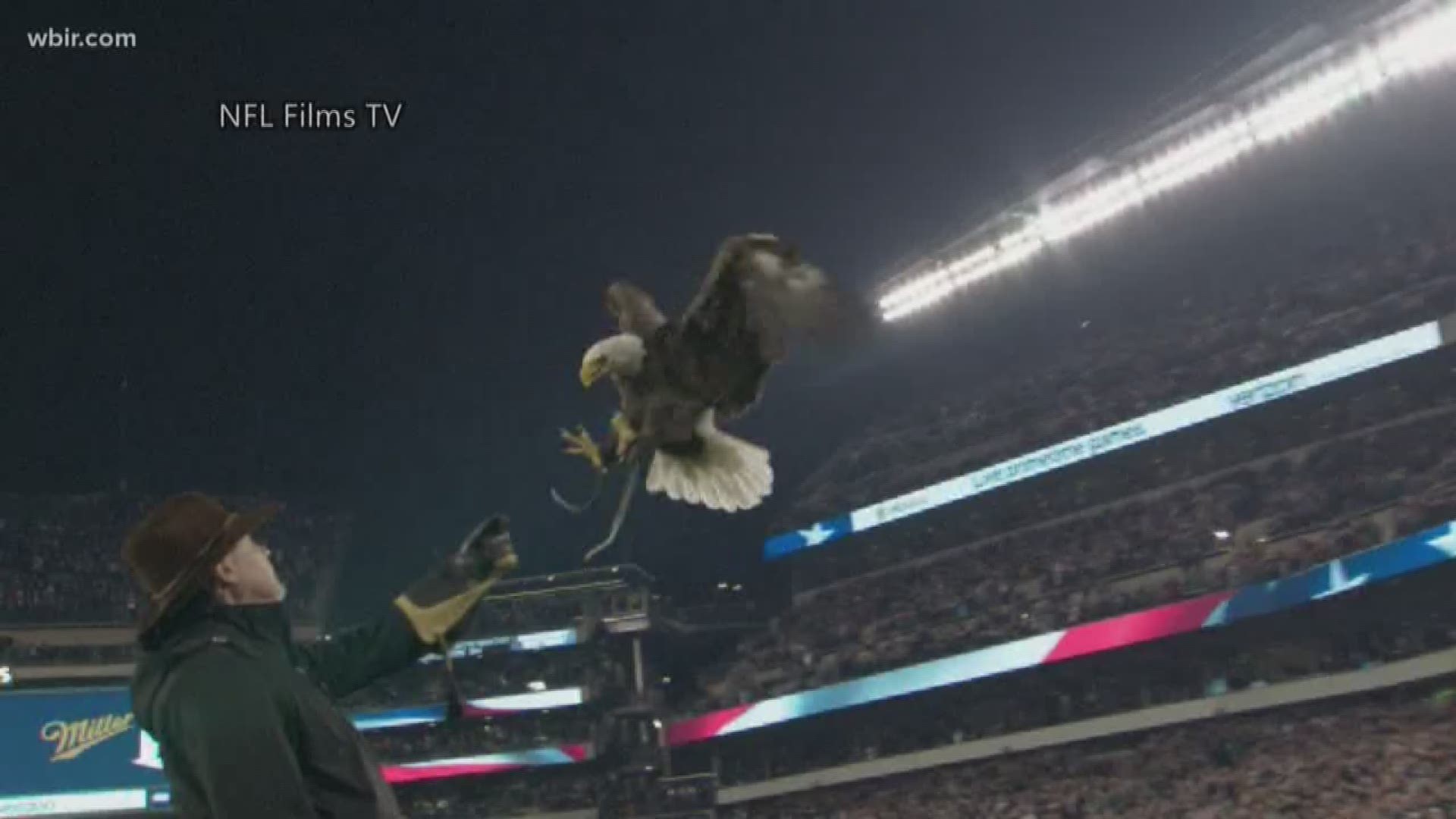 Watch the eagle land on Paxton

Challenger was well behaved himself before hopping to the ground, and thankfully both were unharmed and happy following the incident -- though Challenger's blunted talons appeared to have torn Paxton's jersey a little.

"The sharp points on the tip of Challenger's talons are always blunted before his performances at major sporting and other events for safety purposes," AEF President Al Cecere said.

"Challenger simply thought the pitcher was one of his handlers, who was standing near the large U.S. flag in the outfield ready to catch him and give him a piece of salmon. The bird was simply trying to alight onto his arm," the AEF said.

"As the Anthem singer began to sing, a number of news media people wielding video and still cameras suddenly rushed out onto the field right behind me while I was standing on the pitchers mound ready to catch Challenger, which may have made the eagle reluctant and even took me by surprise," Cecere said.

Challenger has performed in hundreds of major sporting events over the past two decades, including 12 World Series and the NFC Championship in Philadelphia this year.

Challenger is first bald eagle in history to ever be trained to free fly into sporting events. He was hand raised as a chick after he was blown from a wild nest during a storm. Because of that, the imprinted to humans and could not survive in the wild on his own.

The AEF has designated him as an ambassador for his species since 1993 to raise public awareness to the destruction bald eagle habitats across the U.S.

As a celebrity eagle, Challenger has been given credit for helping get the bald eagle taken off the Endangered Species List.

The AEF was established in 1985 and is headquartered at Dollywood in Pigeon Forge.