About a mile and a half away from the area, Chambers County jail video caught five seconds of the aircraft nosediving into the Trinity Bay, NTSB chairman says. 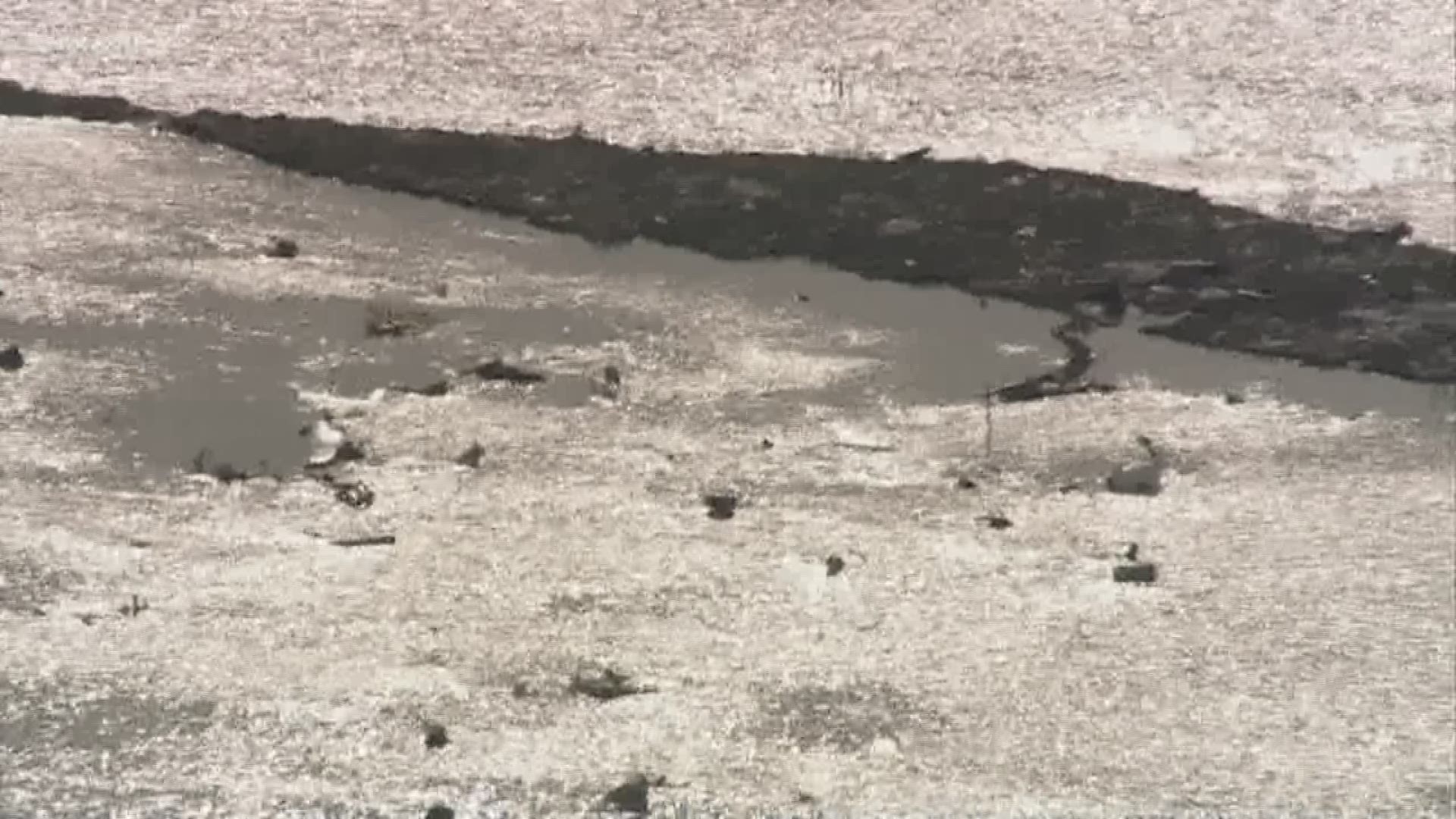 ANAHUAC, Texas — It is a mystery why a Boeing 767 cargo jet crashed into the Trinity Bay, killing three people Saturday.

Just three minutes after Flight No. 3591 was cleared to descend, contact was lost with air traffic control.

The aircraft took a strange nose dive into the muddy, shallow bay.

No one knows why.

"This is very much a mystery." said Robert Sumwalt, chairman of the National Transportation Board.

"And the NTSB has 52 years of solving mysteries such as this and I'm confident that we will be able to get to the bottom of this."

The debris field spans 200 yards long and 100 yards wide. Teams have already located huge chunks of both of the aircraft's wings and pieces of landing gear.

But the Black Box cockpit voice and data recorder are still out there.

Earlier in the day, the aircraft's operator Atlas Air said three people were on board when the plane crashed.

Hawthorne, who was one of the first to respond to the scene, said there was no sign of survivors.

Sumwalt said the crash was caught on video.

Sumwalt said it was approaching Intercontinental on the standard arrival routes from the southeast. At 12:30 p.m., the pilots contacted Houston approach control as they were descending about 18,000 feet.

Air traffic control advised the pilots of light to heavy rain ahead and provided radar information. The aircraft was cleared to descend to 3,000 feet at 12:36 p.m.

But just three minutes later, when it was at about 6,000 feet, communication and radar contact was lost with the aircraft, according to Sumwalt.

He said security video of the crash has been provided from the Chambers County jail, which is only about a mile and a half away from the area.

Sumwalt said the cargo jet is in the video for about five seconds.

The video is headed to the NTSB's lab in Washington, D.C. for a detailed analysis, Sumwalt said.

“By looking at the video, I saw no evidence of the aircraft trying to turn or pull up at the last moments," he added.

Mesa Airlines confirmed its employee Captain Sean Archuleta was on board riding in the jump seat of the aircraft.

Archuleta had been a pilot for Mesa since 2013, the airline said in a statement.

“This is a sad day for the entire Mesa Family as we mourn the loss of Captain Sean Archuleta,” said Jonathan Ornstein, Chairman and Chief Executive Officer of Mesa Airlines. “Our thoughts are with Sean’s family, the families of the two Atlas Air pilots, and the whole Atlas Air organization. This is a loss for all of aviation.”

RELATED: Friend of pilot in 767 plane crash says they texted during deadly flight