The federal government has not declared martial law since the attack on Pearl Harbor in Hawaii (1941). 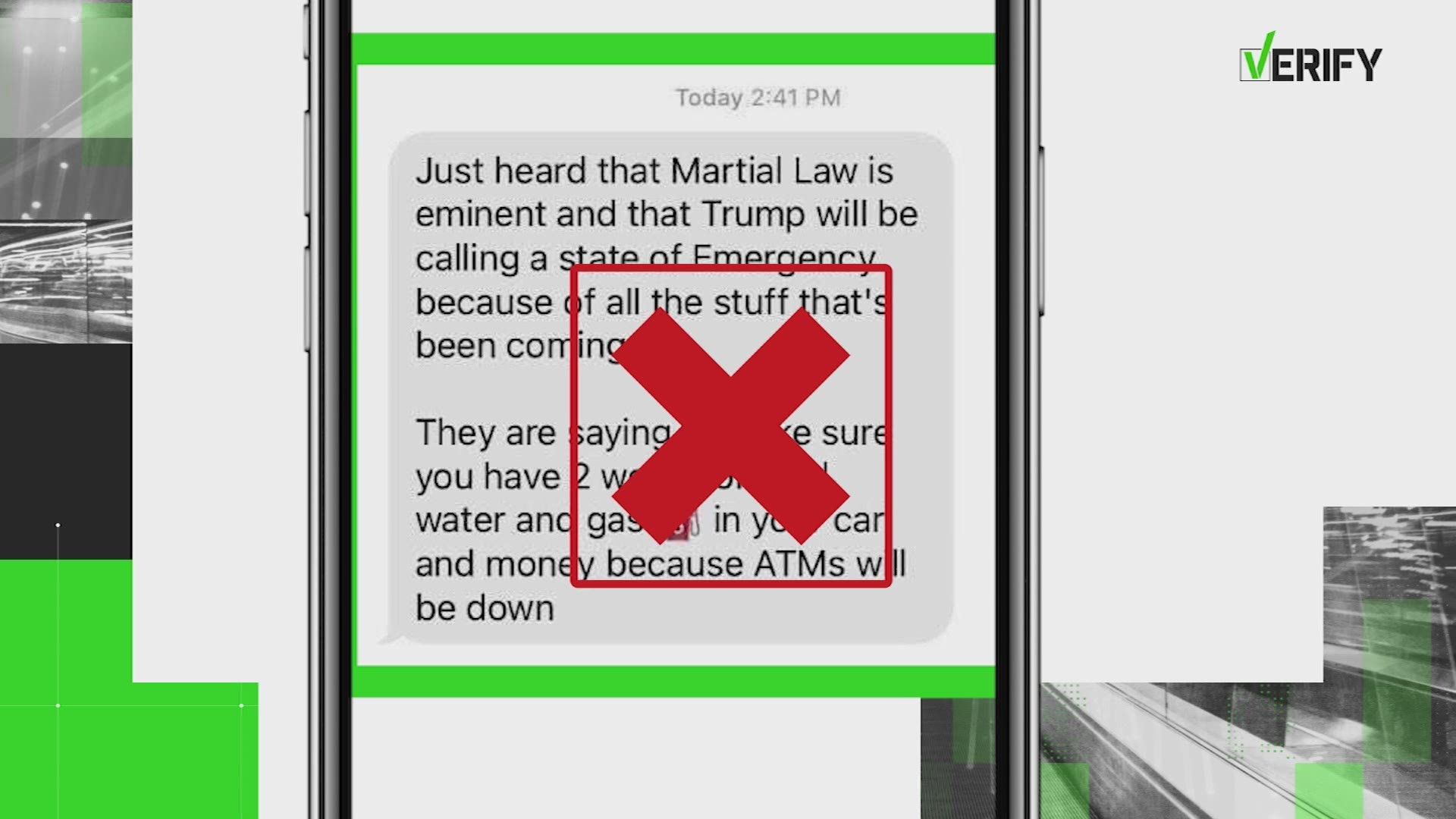 HOUSTON — There is text messaging going around suggesting people should stock up on groceries, gas and cash before President Trump declares martial law and shuts everything down. A few people asked the Verify team if there’s any truth to it?

The text reads, “Just heard that marital law is eminent and that Trump will be calling a state of emergency because of all the stuff that’s been coming out.” It goes on to say, “Make sure you have 2 weeks of food, water and gas in your car and money because ATMs will be down.”

Our source for this is Dr. Jim Golby, a former military officer and senior fellow at the Clements Center for National Security at the University of Texas at Austin.

“I think any time I see something like that, there's just a twinge of disbelief that we found ourselves in a situation where these are even conversations,” Dr. Golby said.

“He spread what I think is largely false information, making it seem that it was much easier for the president to declare martial law related to the election and to rerun the election than is actually true,” Dr. Golby said.

According to the Brennan Center for Justice, martial law has only been declared 68 times in the history of the U.S. Twenty-nine of those times were to combat labor disputes, four for natural disasters and twice during war. The federal government has not declared martial law since the attack on Pearl Harbor in Hawaii (1941).

Dr. Golby said it is unlikely to happen over recent events.

“I do think while there are risks, discussions of martial law, discussions of needing to stay home and stock up on toilet paper and supplies, are a little overblown,” Dr. Golby said.

So, we can Verify the text message is false.

Dr. Golby says messages like that one will likely to continue circulating as Inauguration Day nears. But it is important to bear in mind that the United States has a long history of peaceful transitions of power. 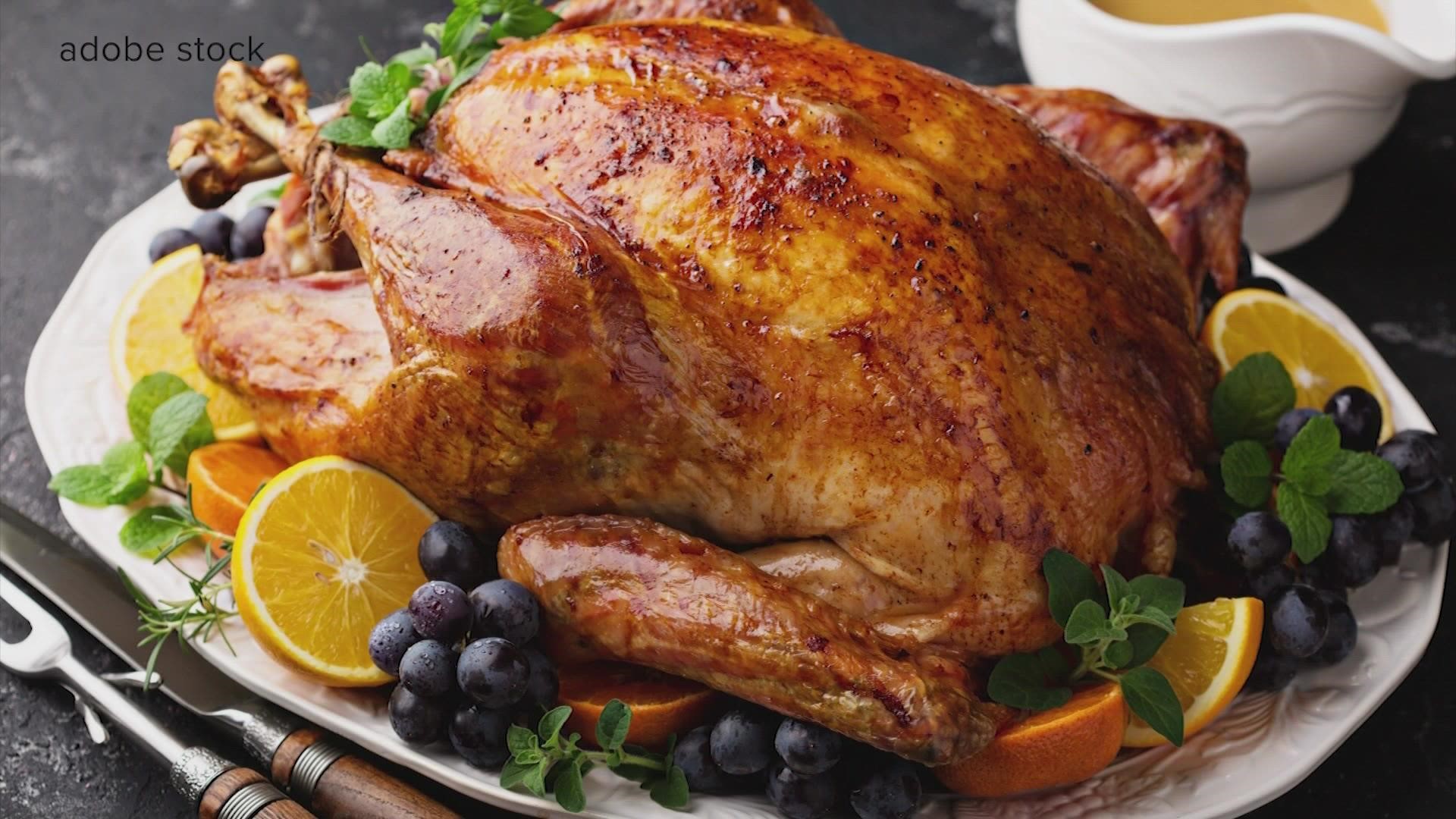 VERIFY | How to cook a turkey in a microwave