VERIFY: Texting 'USPS' to 50409 will send letters to elected officials

We tracked down the people who are getting these text messages, and spoke with Jason Putorti, executive director with Resistbot. 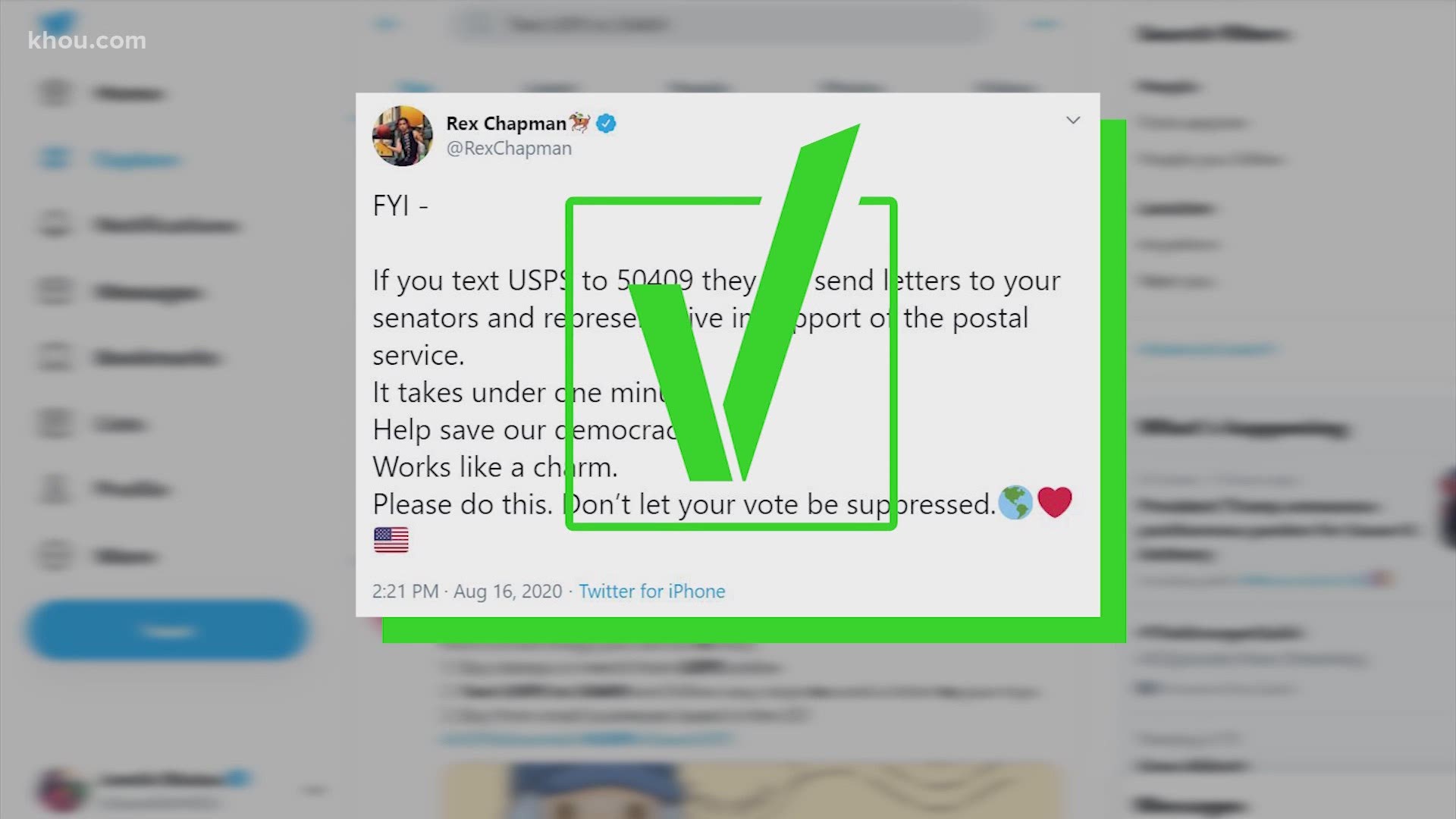 HOUSTON — It’s no secret the U.S. Post Office is losing money, and some Americans want to help.

Calls to action are circling social media, with people on Twitter and Facebook, even celebrities, telling Americans to text “USPS” to "50409" to send letters to your local legislators.

KHOU 11 News decided wanted to Verify if this is true.

We tracked down the people who are getting these text messages, and spoke with Jason Putorti, executive director with Resistbot, a volunteer group that sends your letters to elected officials.

Putorti said this petition for the Post Office was actually created back in April by a user from Tennessee.

He said when people text ‘USPS’ to the number, Resistbot will ask for the person’s name and address. It then attaches that person’s name to the letter, and sends out three copies: two to their U.S. Senators and one to their local U.S. Representative.

Putorti said, so far, they’ve sent out more than 4 million letters for the Post Office, and as of Tuesday, more than 61,000 to each Senators John Cornyn and Ted Cruz, and thousands more our local representatives.

He says it’s all sent through an electronic messaging system, and the messages are free, unless rates apply through your phone plan.

So we can Verify this to be true. When you send “USPS” to 50409, a company called Resistbot receives your message and forwards it to your local legislators.

To Verify further, we’ve even reached out to an elected official. Congresswoman Lizzie Fletcher’s office tells us they have received these messages.