An officer fatally shot a woman as he attempted to arrest her at an apartment complex in Baytown, police said. 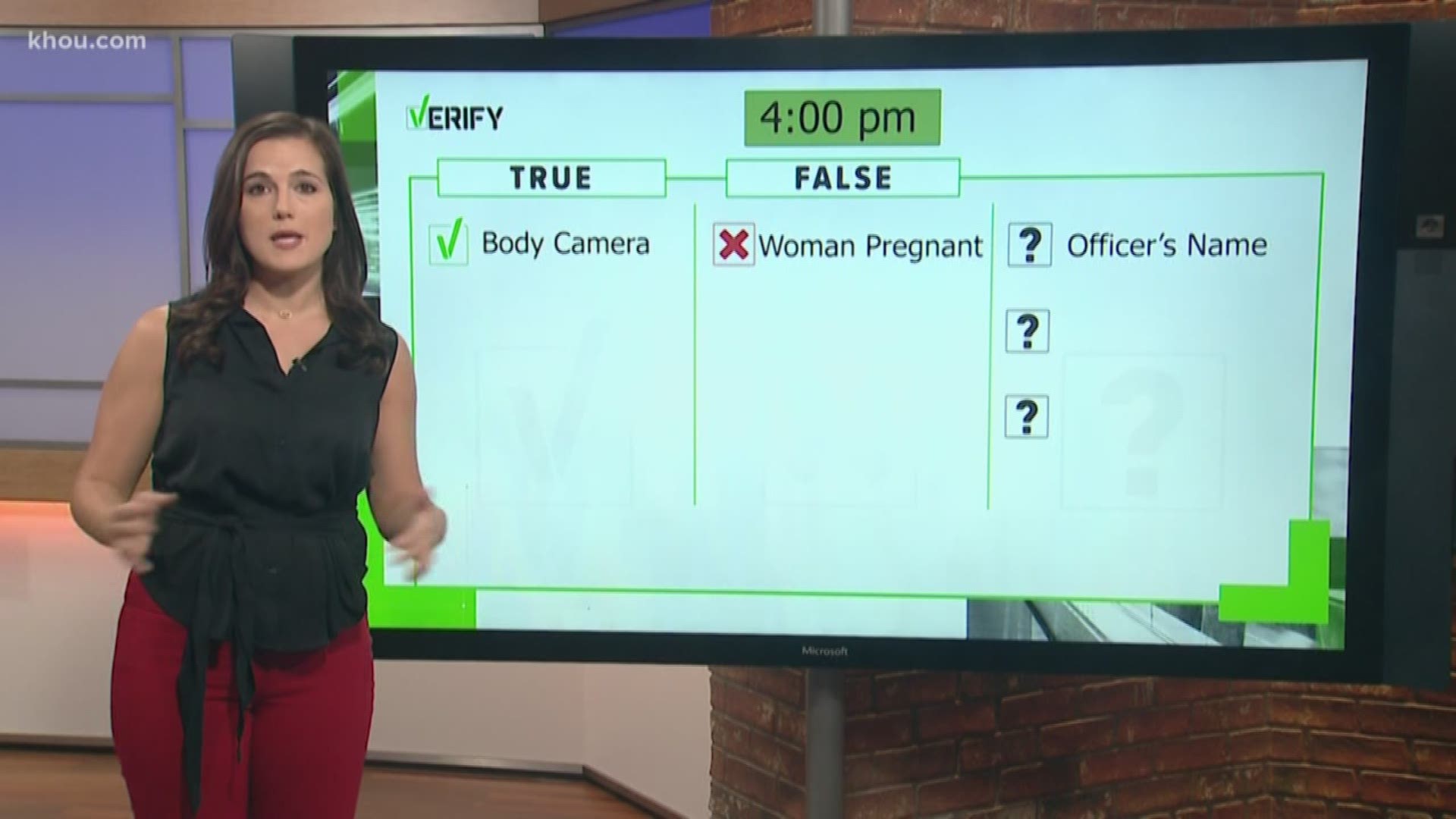 BAYTOWN, Texas — As with any breaking news situation, the rumors start to swirl before the facts come out. So we’re trying to verify what we know to be true and what’s false when it comes to the officer-involved shooting in Baytown.

In the video recorded of the shooting, Pamela Turner claims she is pregnant.

However, KHOU has spoken to a person claiming to be her niece, who says she was not pregnant. And Baytown Police have also confirmed Turner was not pregnant, so we can verify the claim of Turner being pregnant is false

Another question is whether or not Turner had a criminal history and outstanding arrest warrants.

Through court records, we’ve been able to verify this is true. Court records show Turner was charged about a week ago for throwing a log into a woman's car window.  They also verify that she has outstanding warrants, including one for criminal mischief and assault resulting in bodily injury.

The last claim is that Turner suffered from mental health issues, including schizophrenia. This claim was made by her niece and several people on social media who claim to know her, but police have not confirmed this.

At this time, it’s too early to verify whether or not this is true.

Another big question is - who is the officer?

Baytown Police is not yet releasing the officer's name, so until police confirm his name, his identity remains unknown. But this is what we do know the officer is an 11 year veteran, the apartment complex is part of his regular patrol, and this is the first shooting the officer has been involved in.

Was the officer was wearing a body camera?

We can verify that to be true. Baytown Police say the officer was wearing a body cam, and it was recording. But they not releasing the video as it is an active investigation.

Do you have something you want us to verify? Email us at verify@khou.com or write us on Facebook.