VERIFY: People are not distributing masks door-to-door in attempt to rob you

A post claims there's a Ring doorbell alert warning of people going door to door, handing out masks with chemicals and trying to rob victims. But it's not true. 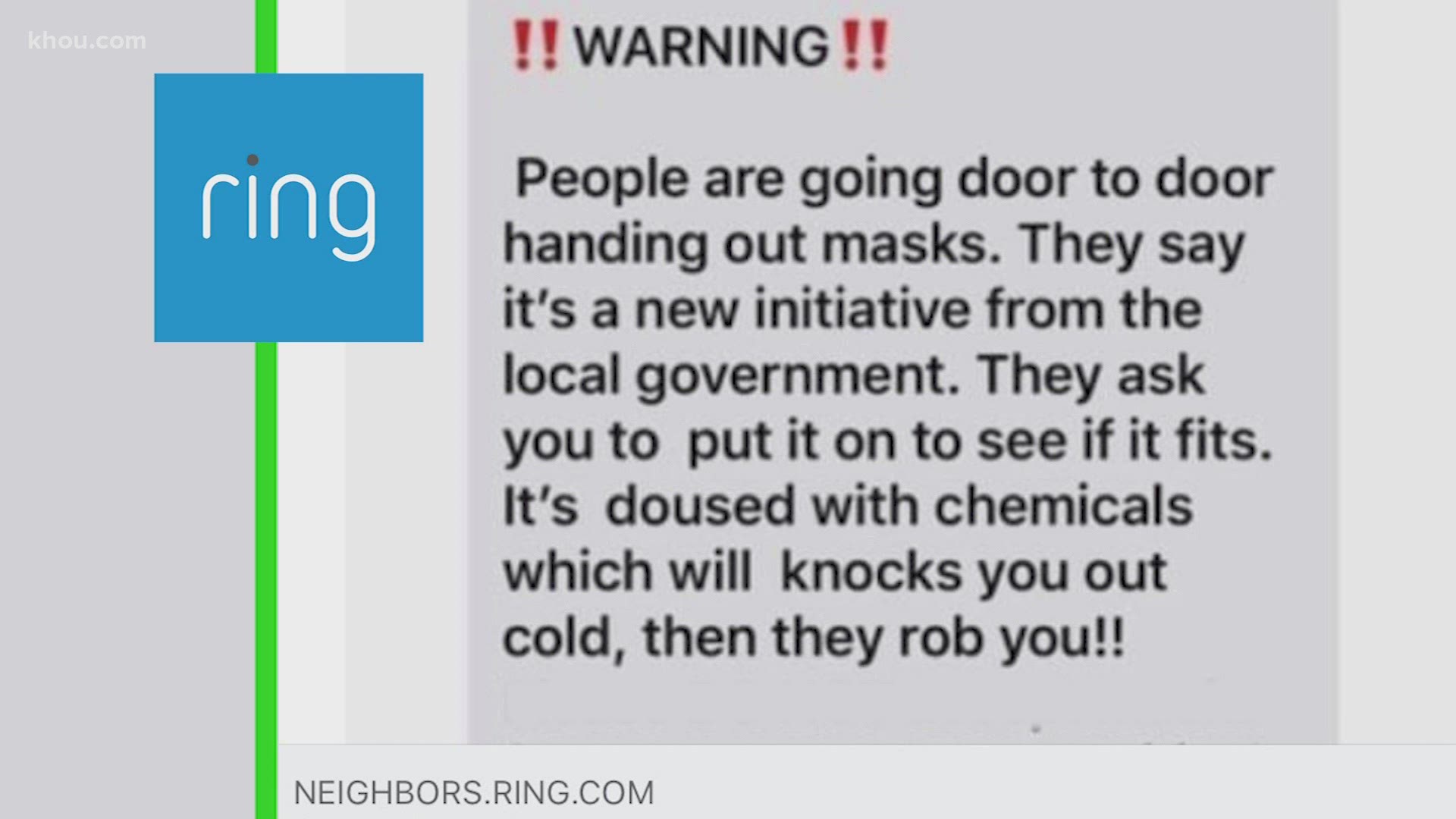 HOUSTON — There is a post going around a popular neighborhood app claiming there are people going door to door handing out masks laced with chemicals so they can rob you. Someone asked the  KHOU 11 Verify team to look into it.

The Ring doorbell alert reads, “Warning! People are going door to door handing out masks. They say it’s a new initiative from local government. They ask you to put it on to see if it fits. It’s doused with chemicals which knocks you out cold, then they rob you!!”

Sheila wrote the Verify team, “Came across this article on Facebook that was shared by a family member. Please verify it.”

First, let’s address the claim that there is a door-to-door initiative by local government.

When we asked the county judge’s office, they responded, “Our office has not heard of any plans to go door to door.”

Mayor Turner’s office said, ”The city is not going door to door.”

Even the folks at state health department, “… don’t know of a door-to door effort.”

So we can verify part of the message is false.

To the part alleging there are accounts of masks being doused with chemicals and people being robbed, the HCSO and the HPD told the Verify team they have not gotten any reports of this.

A spokesperson for the FBI Houston Field Office said, “This is the first time I’m hearing this.”

So we can verify the Ring doorbell alert is false.

The governor’s office announced this week plans to hand out free masks at Covid-19 mobile testing sites. However, they said there are no plans to go door to door.

Harris County said they will announce dates and locations when free masks are available or tell people to contact members of city council.

RELATED: VERIFY: Why a face mask box says it provides no protection to the wearer