We answer your questions during the Imelda flooding. 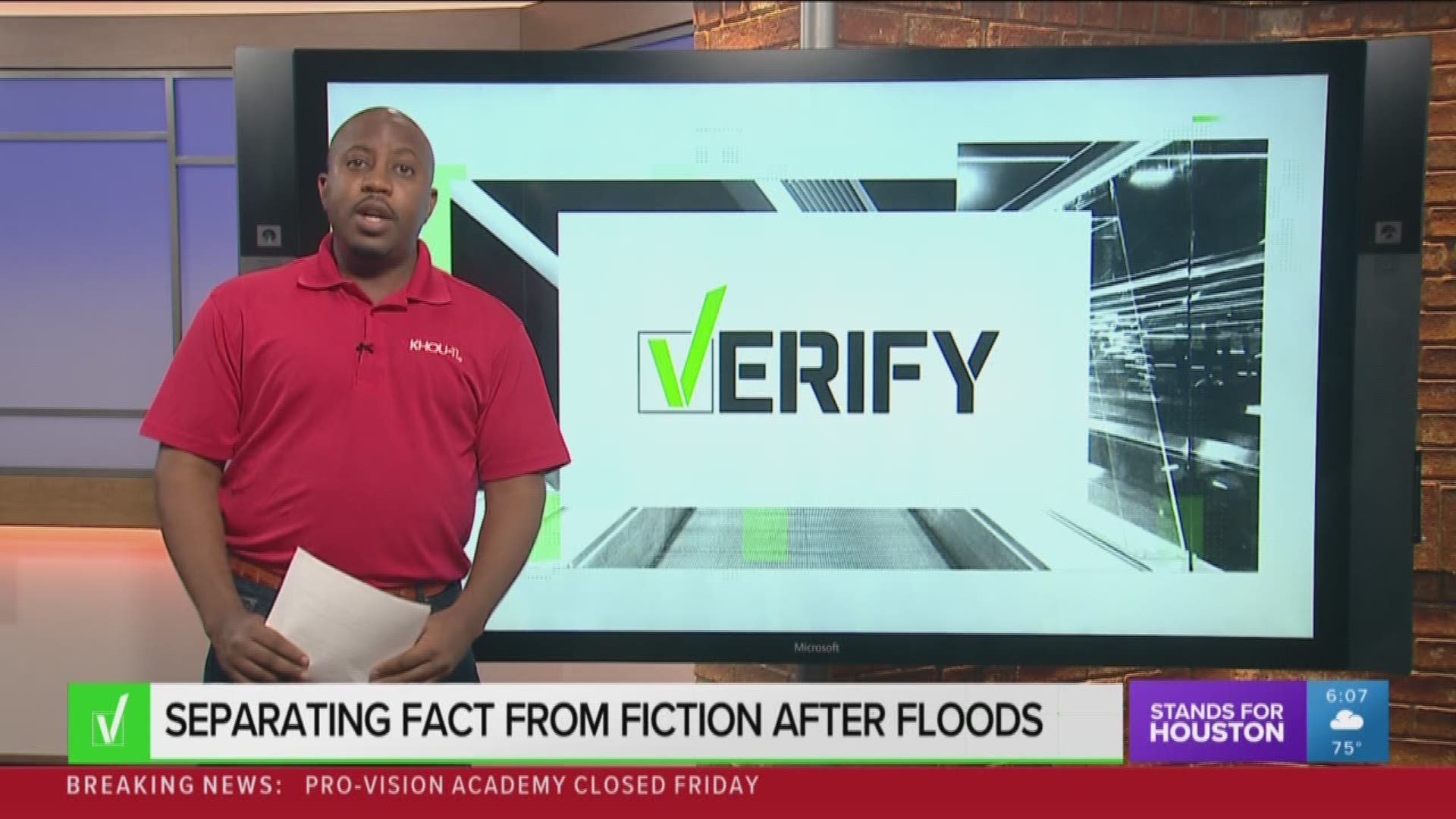 The KHOU 11 Verify Team gets answers on social media posts circulating on during the Houston-area flooding event.

Two photos of flood waters in Conroe are circulating around social media. Conroe police confirm the photo of a submerged car at an underpass on Frazier Street near Sacred Heart Catholic Church is real. The underpass was flooded, but the water is now receding. Google Maps street view shows the railroad underpass on Frazier Street with the same guard rail and markings on the wall. Videos from two people on Snapchat also show the underpass and car underwater.

It’s unclear what’s pictured in the second photo. Some speculate the photo is of discarded clothes, while others think it’s a body. But Conroe police Spokesman Sgt. Scott McCann said no drowning deaths have been reported in the city and no one was rescued at that underpass. He did say there were report of people swimming and wading in the water, so it’s possible clothes were discarded.

Credit: KHOU
Conroe Police confirm the photo of a submerged car at an underpass on Frazier Street near Sacred Heart Catholic Church is real.

A post on Twitter claims a driver spotted a shark on 290 at Beltway 8. This is FALSE. This is an old photo that pops up on social media in every flood event. The photo below is not from Houston, and the shark is creatively edited in. We even debunked this during Hurricane Harvey. It was the same photo posted by another user hoping to trick some people.

Credit: KHOU
A post on Twitter claims a driver spotted a shark on 290 at Beltway 8. This is FALSE.

With a disaster declaration, can you open carry a handgun?

This is TRUE. A law new law that went into effect on Sept. 1 allows people to carry – open or concealed – a handgun without a permit for up to a week after a disaster declaration, as long as they’re not prohibited from possessing a gun. Texans can already open carry a long gun without a permit. It was written to allow people to carry their gun when they’re evacuating, but a mandatory evacuation is not required, only a disaster declaration.

Do you have something you'd like us to Verify? Email us at verify@khou.com.