VERIFY: Is there a nationwide shortage of high-dose flu vaccine?

A viewer heard there was a shortage of the high-dose flu vaccine and asked the Verify team to find out if this is true or not. 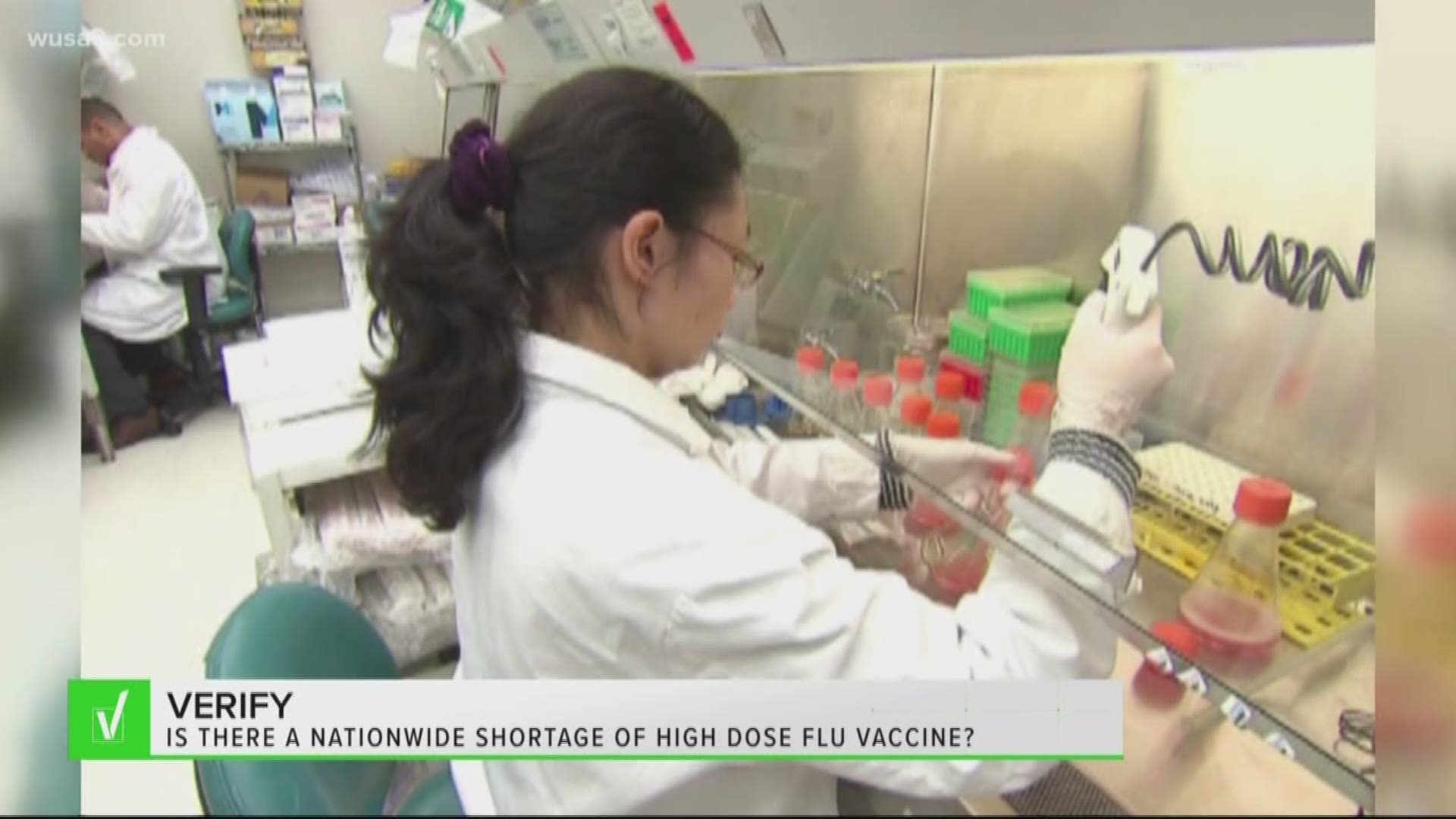 Is there a nationwide shortage of high-dose flu vaccine?

No, officials say there is no nationwide shortage.

Centers for Disease Control and Protection

A viewer says she’s heard there's a nationwide shortage of high-dose flu vaccine and wants us to Verify if that’s true.

So first, what is a high-dose flu vaccine and who should be getting it?

According to the Centers for Disease Control and Prevention, Fluzone High-Dose vaccine is specifically designed for people 65 years and older, only because they can sometimes have a weaker immune system and regular flu shots just don’t protect them as well.

The CDC says the high-dose flu vaccine has four times the antigen, the substance that helps stimulate an immune response, in it so it’s just better protection for this group of folks.

WHO (World Health Organization) delayed the selection of the A(H3N2) strain as it observed naturally occurring changes were taking place in the circulating strain. The organization chose to monitor the behavior of the strain for an additional period of time in an effort to improve the match of the vaccine strain in the 2019-20 seasonal vaccine for the Northern Hemisphere. The U.S. FDA  delayed selection of the strain for the same reasons.  Manufacturing could not begin until the selection was made by WHO and confirmed by the FDA.

So, Sanofi Pasteur said it couldn’t start making the high-dose vaccine until the World Health Organization made its final selection of the strain. The FDA then weighed in, and finally FDA- licensed manufacturers could begin shipments to the U.S. of the product.

So, we can verify false, there is no national shortage of the high-dose flu vaccine. Manufacturing of Fluzone began on Aug. 12 and will continue through November, a Sanofi spokesperson confirmed to Verify researchers.

RELATED: VERIFY: Can you get sick with the flu from the flu vaccine?

RELATED: Health officials: It's time to give flu vaccine another shot