The VERIFY team has what you need to know about a viral claim that's been popping up over the past 15 years. It's false, yet it continues to be re-posted. 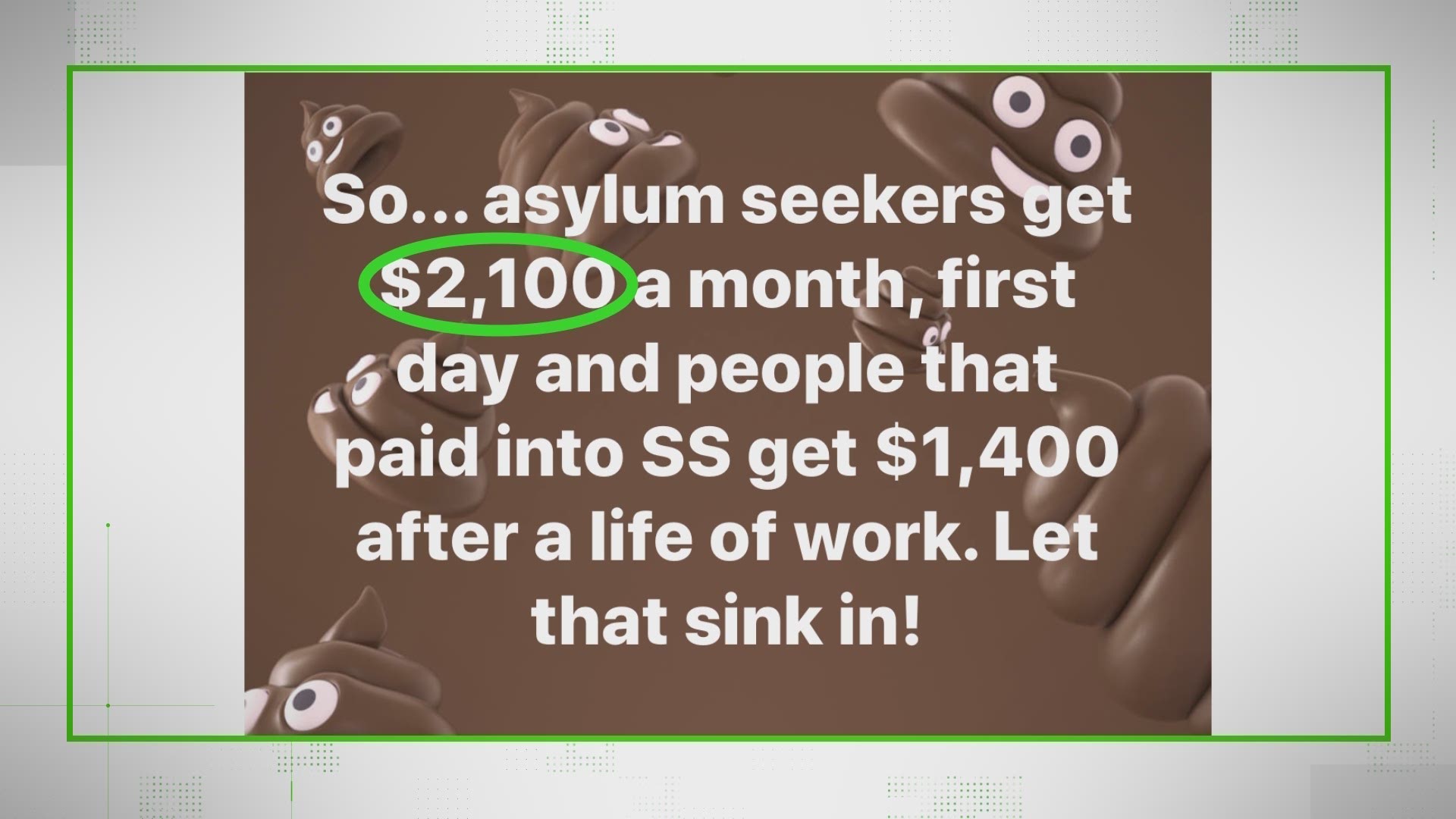 Viewer Twila G. sent the VERIFY team a viral image that claims asylum seekers in the U.S. received $2,100 a month, while Social Security recipients only received $1,400.

The post she sent had gained more than 350,000 shares since it was posted earlier this year.

Do asylum seekers in the United States get more benefits per month than Social Security recipients?

No, data from government sources show the monetary amount given to asylum seekers and refugees is much lower than listed in the picture.

Additionally, it’s important to point out that the claim has been circulating online since as early as 2004.

Data from the Department of Health and Human Services show that refugees actually receive closer to $600 a month when you combine federal, state and local sources.

On page 38 of this report, the DHHS numbers show that the average annual expenditures on a refugee are $7,134.

THIS IS AN OLD CLAIM

Not only is this claim false, it’s old. An online search shows it's been popping up for the past 15 years old.

It’s almost a word for word recreation of claims that have gained traction online since 2004, when they first appeared in Canadian forums and outlets.

Despite fact-checking articles by multiple outlets, the claim still lives on and often resurfaces when political discussions about immigration occur.