In a viral video on Facebook, County Judge Mark Keough lays out his reasons for why he believes it's safe to reopen the state. 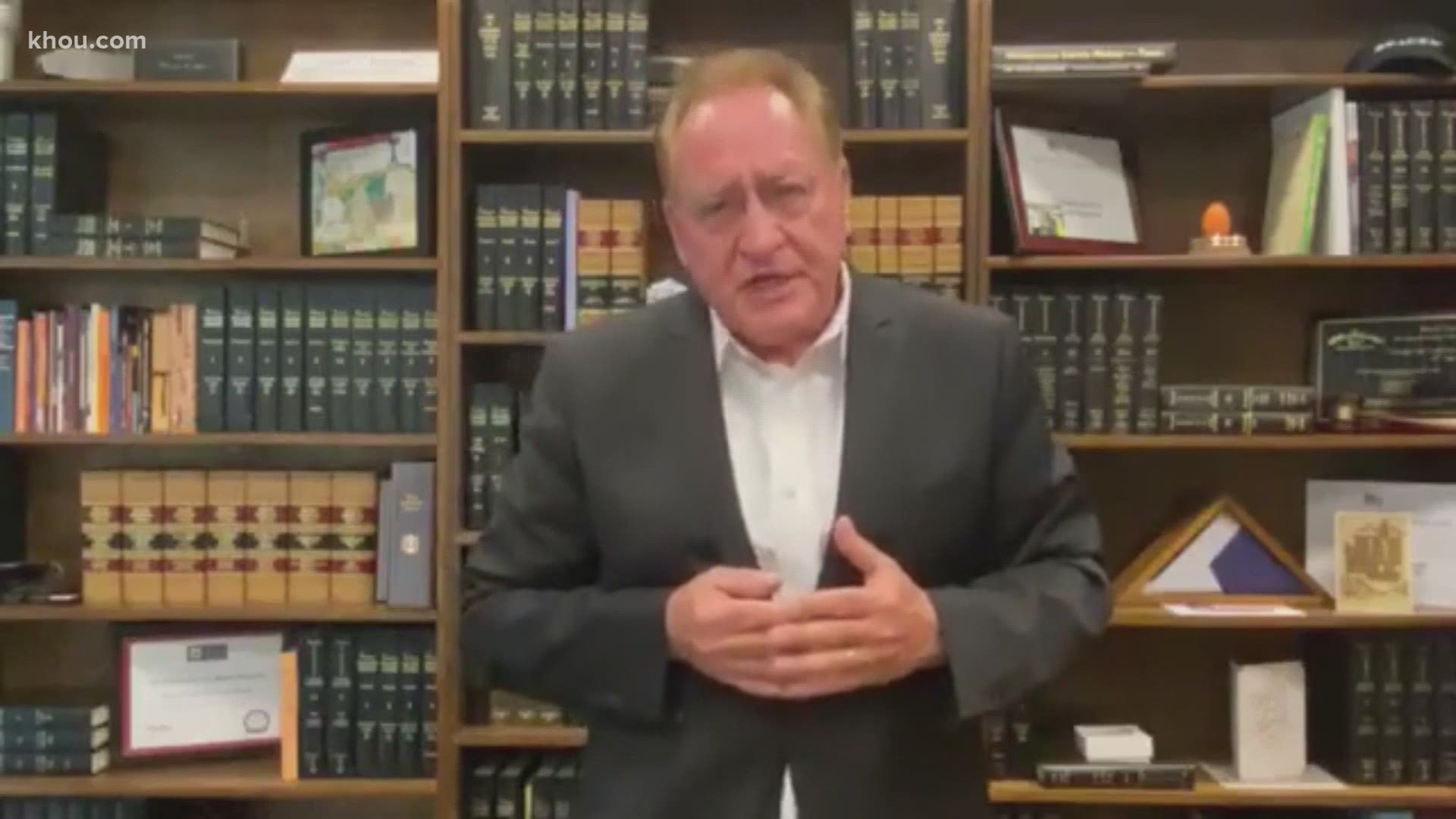 MONTGOMERY COUNTY, Texas — Gov. Greg Abbott is expected to announce the next steps in Texas reopening plan this week and Montgomery County Judge Mark Keough is making the case for a full reopening.

"When is this madness going to end," Keough said.

"We're not going to survive the destruction of our economy," he said.

Keough has a long list of reasons why he believes Abbott should fully reopen the state. The KHOU 11 Verify team fact checked several of those claims.

"99% of the people who test positive for the coronavirus, you know what, they're surviving," he said.

We can verify Keough is correct, but this needs context. For perspective, the seasonal flu has a mortality below .1%, so COVID-19 is deadlier. Texas also has a slightly higher mortality rate of 2.08% percent. That's accounted for more than 13,000 deaths. That's still a lot of people.

Claim #2: Comorbidities were involved in 94% of COVID-19 deaths.

"94% already had something driving them to their death bed," Keough said.

Source: The Centers for Disease Control and Prevention

Yes, we can verify that 94% of people who have died from COVID-19 in the U.S. also had other health conditions that contributed to their death, but it's misleading to suggest "some was already driving them to their death bed."

For perspective, if someone has diabetes and gets hit by a car, you wouldn't blame the diabetes for the cause of death.

Similarly if a person who has diabetes contracts COVID-19 and then dies, it's the virus that ultimately began the chain of events that led to a person's death.

Claim #3: Suicides are up in Montgomery County

So we can verify suicides are down and not up. This claim is false.