VERIFY: Military no longer pays NFL for acts of patriotism, but it's not because of kneeling

A Congressional investigation into "paid patriotism" put an end to military sponsorship of the patriotic acts in the NFL nearly a year before the Kaepernick protest. 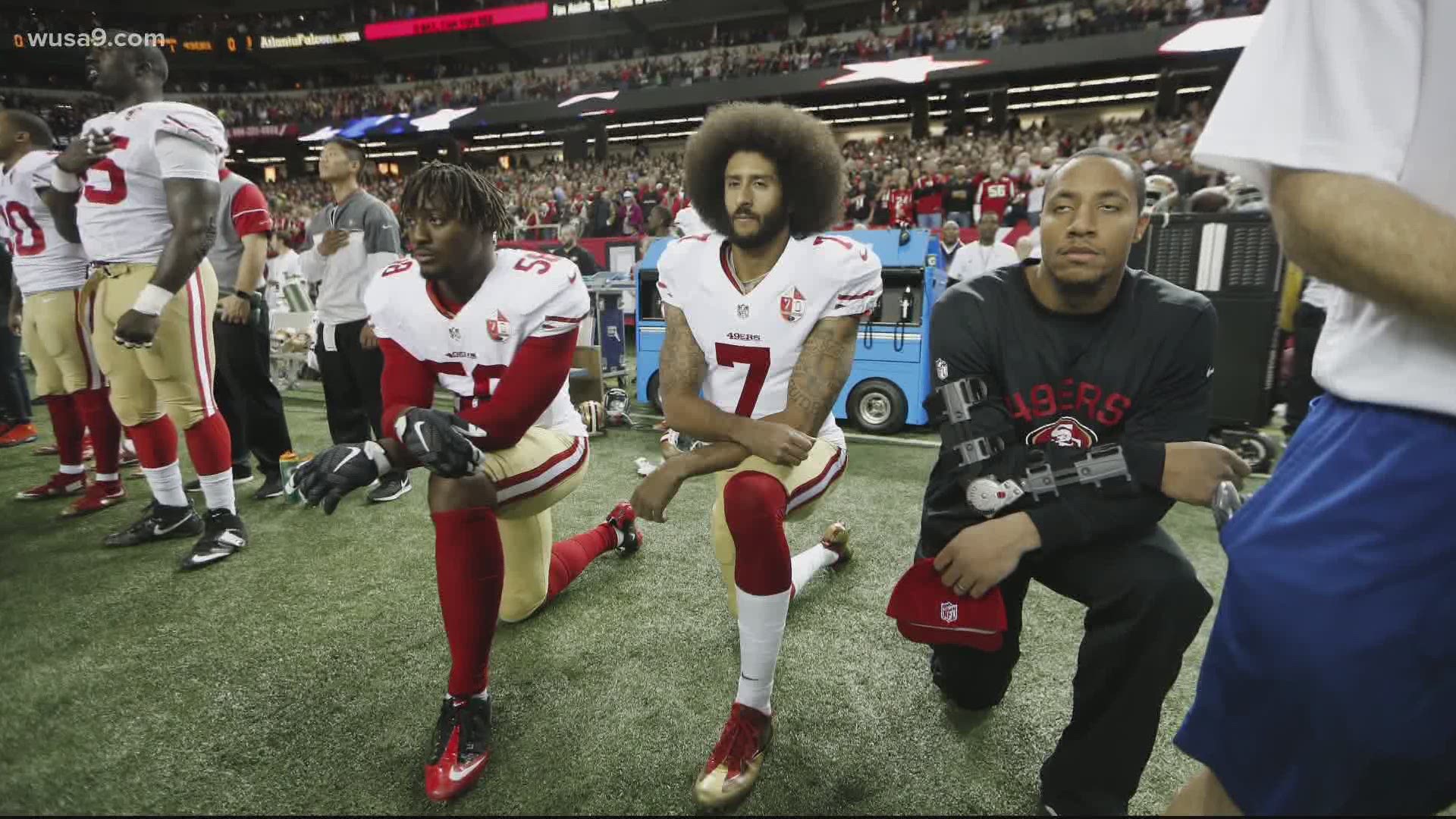 WASHINGTON — Some sports are back and so is the controversy about kneeling during the national anthem.

We have had questions about the U.S. military’s sponsorship of National Football League (NFL) pregame activities like standing for the national anthem.

Did the Department of Defense stop paying for acts of patriotism in the NFL?

Yes, the Department of Defense stopped paying for acts of patriotism in the NFL. It was back in 2016 before anyone protested during the national anthem.

The NFL and Congress.

It turns out this is more complicated than we expected and has nothing to do with kneeling.

It starts in May of 2015, more than a year before anyone noticed Colin Kaepernick kneeling during the national anthem to protest police brutality.

In November of 2015, they released their report. It showed the DOD paid $10 million in advertising to several sports leagues, including the NFL. The investigation found more than half of the advertising dollars were spent on what’s been termed “paid patriotism,” like standing for the national anthem.

The NFL audited itself in May of 2016 and discovered more than $700,000 had gone to “paid patriotism.” The league sent those taxpayer funds back.

According to the NFL, from that point on the league only accepted money from the Department of Defense in the form of advertisements.

Any tributes, or patriotic acts, were simply a decision the NFL made. That includes athletes standing for the national anthem before games in the 2016 season.