The photo originated from a news article about electric vehicles, but the claim in the social media post is inaccurate. 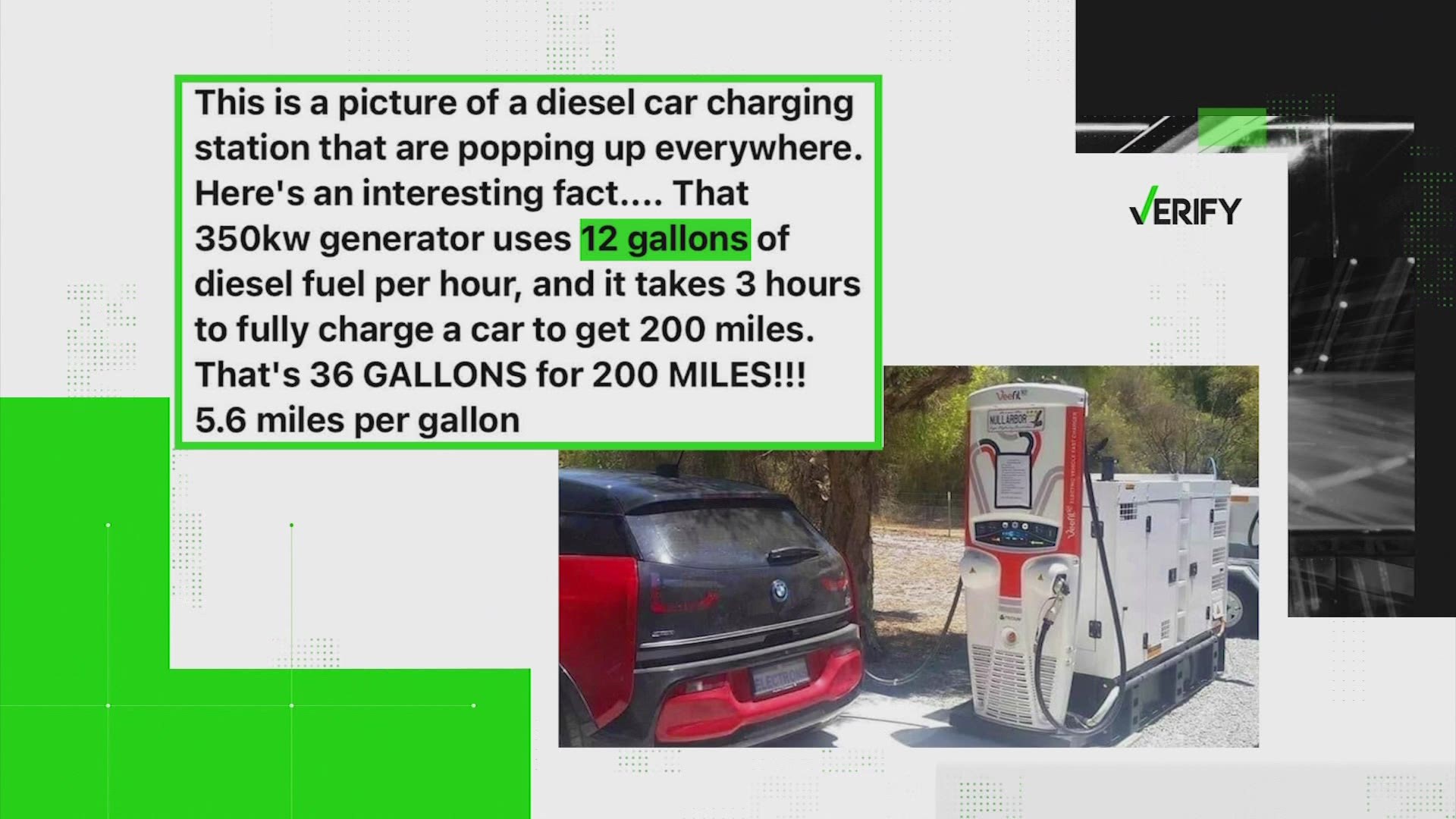 HOUSTON — Our VERIFY team is checking into a meme spreading on Facebook of an electric car being charged at a diesel charging station. It claims it takes 36 gallons of fuel to charge the car. But is it true?

The picture appears to show an electric car plugged into a power station fueled by diesel. It claims, “It takes 12 gallons an hour to run the generator and three hours to charge the car. The car can then travel 200 miles. That’s 5.6 miles per gallon.”

One post was shared tens of thousands of times.

Chris wrote the VERIFY team, “Is this meme true?”

“What a stupid way to charge your car. You know, diesel generators are meant for emergency backup, providing power to, you know, to get the lights back on when power isn't working. But no one would ever want to charge their car from a diesel generator,” Cohan said.

The photo used in the meme originated from an article written earlier this year in The Driven. According to the article, this particular photo was taken by a retired engineer in 2018 to test if charging from diesel was a viable option … to make sure there were charging devices available in remote locations of the outback.

Kockelman says a charging pod like that would not be efficient in the U.S.

As for the claim that the electric car in the photo gets 5.6 miles per gallon, Kockelman says that is not true.

“I've had a couple of electrical engineers look at this and we're getting closer to 40 to 60 miles per gallon for that vehicle with a typical generator. So you'd have to have a really poor generator and connected in a in a bad fashion to get something as low as the meme was suggesting,” Kockelman said.

So we can VERIFY the claim being made in this meme is false.

Our experts say using a diesel charging pod to power an electric vehicle is just like driving a diesel vehicle. It defeats the purpose of going green.