Because it's a different kind of vaccine, fetal cell lines play a different role in the production of the newly authorized vaccine. 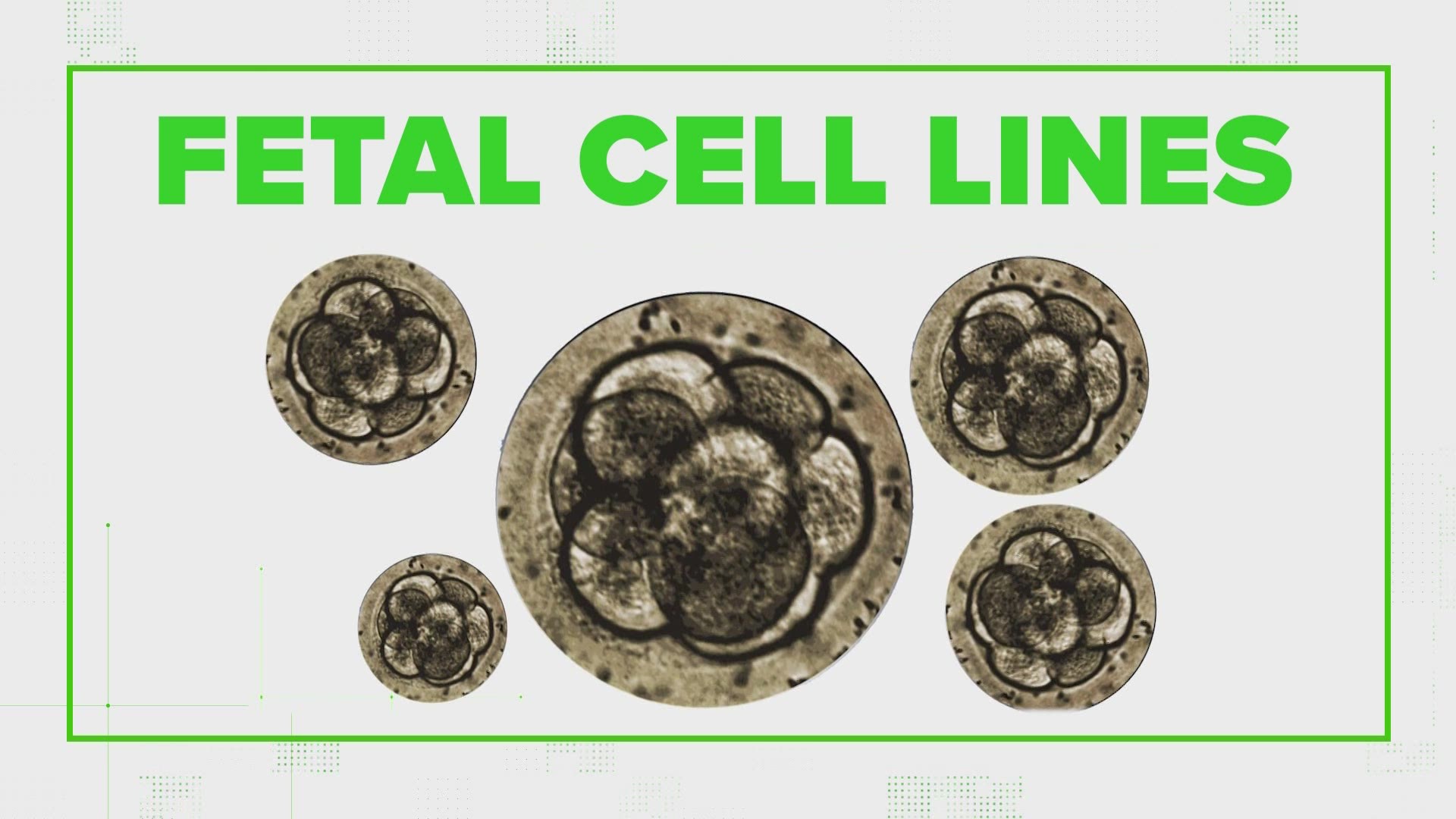 DALLAS — Editor's note: The headline of this story has been updated to add context. We've reached out to Johnson & Johnson for a statement, but have not yet received a response. We will update this story when we receive the company's statement.

THE QUESTION: Is it true aborted fetal cell lines were used to create the Johnson & Johnson vaccine?

THE ANSWER: Yes, fetal cell lines were used to manufacture and develop the J&J COVID-19 vaccine.

OUR SOURCES: Our sources include two experts in the Texas medical field: Dr. Mark Casanova, the immediate past president of the Dallas County Medical Society, and Dr. Ashley Garling, the clinical assistant professor with the University of Texas at Austin College of Pharmacy.

Many people on the internet have been asking if fetal cell lines have been used in the COVID-19 vaccines.

With the recent approval of the J&J vaccine, there's a new twist on how those cells contributed to the latest tool in the fight against the pandemic.

Fetal cell lines were first introduced more than 50 years ago. For the lines involved in the COVID-19 vaccines, they started with two aborted fetuses in 1973 and 1985.

A researcher in the Netherlands obtained these cells, according to Casanova. It's currently unknown how or why he did so.

Since then, these cells have been multiplied millions of times, which is where we get the term: fetal cell lines.

"These cells are reproduced and grown literally day after day, used in a lot of research endeavors, including developments of vaccines," Casanova said.

Scientists like to use fetal cell lines as hosts because they're still in development and will replicate more rapidly outside the human body. In terms of the Moderna and Pfizer vaccines, cell lines allowed researchers to test the mRNA-based vaccines and prove that they worked.

The J&J vaccine works differently than the two vaccines that have been widely distributed in the U.S. so far. For the Moderna and Pfizer vaccines, the genetic material that codes for the SARS-CoV-2 spike protein is delivered in a lipid nanoparticle.

That antibody response is what prepares the immune system to react if it ever encounters SARS-CoV-2, lowering the likelihood that the virus will result in a COVID-19 infection.

"What happens is your immune system kind of goes, 'Oh no, this is not supposed to be here,'" Garling said. "It starts to build a response."

Experts say by the time the adenovirus goes in the vial, the cells from the fetal cell lines have been rigorously filtered out.

"When the virus replicates, the cells kind of burst open," Garling said. "Having a virus grown in a human's cell does make it much easier and more effective when it's being put into a human."

So, we can verify: Yes, fetal cell lines were used to manufacture and develop the Johnson and Johnson COVID-19 vaccine.

"To in essence, be the carrier, if you will," Casanova said, speaking on the fetal cell lines. "Almost as a Trojan horse, but a sweet one, to deliver the messenger RNA so the body can turn it around, and again, produces a spike protein as an immune response."

For some faith communities, the origin of cells used in medicine is a significant moral issue. The Vatican Congregation for the Doctrine of the Faith released a note on COVID-19 vaccines in December, saying, "When ethically irreproachable Covid-19 vaccines are not available...it is morally acceptable to receive Covid-19 vaccines that have used cell lines from aborted fetuses in their research and production process."

On Thursday, the Catholic Diocese of Fort Worth said it is standing by the national diocese, which is telling church members to avoid the new vaccine, if another is available, due to moral concerns.

The statement says the J&J vaccine “was developed, tested, and/or produced with the help of abortion-derived cell lines."

On March 2, Bishop Kevin C. Rhoades of Fort Wayne-South Bend, chairman of the U.S. Conference of Catholic Bishops’ (USCCB) Committee on Doctrine, and Archbishop Joseph F. Naumann of Kansas City in Kansas, chairman of the USCCB’s Committee on Pro-Life Activities, issued a statement on the Johnson & Johnson COVID-19 vaccine recently approved for use in the United States.

“The approval of Johnson & Johnson’s COVID-19 vaccine for use in the United States again raises questions about the moral permissibility of using vaccines developed, tested, and/or produced with the help of abortion-derived cell lines.

“Pfizer and Moderna’s vaccines raised concerns because an abortion-derived cell line was used for testing them, but not in their production.  The Johnson & Johnson vaccine, however, was developed, tested and is produced with abortion-derived cell lines raising additional moral concerns. The Congregation for the Doctrine of the Faith has judged that ‘when ethically irreproachable Covid-19 vaccines are not available … it is morally acceptable to receive Covid-19 vaccines that have used cell lines from aborted fetuses in their research and production process.’ However, if one can choose among equally safe and effective COVID-19 vaccines, the vaccine with the least connection to abortion-derived cell lines should be chosen. Therefore, if one has the ability to choose a vaccine, Pfizer or Moderna’s vaccines should be chosen over Johnson & Johnson’s.

“While we should continue to insist that pharmaceutical companies stop using abortion-derived cell lines, given the world-wide suffering that this pandemic is causing, we affirm again that being vaccinated can be an act of charity that serves the common good.” 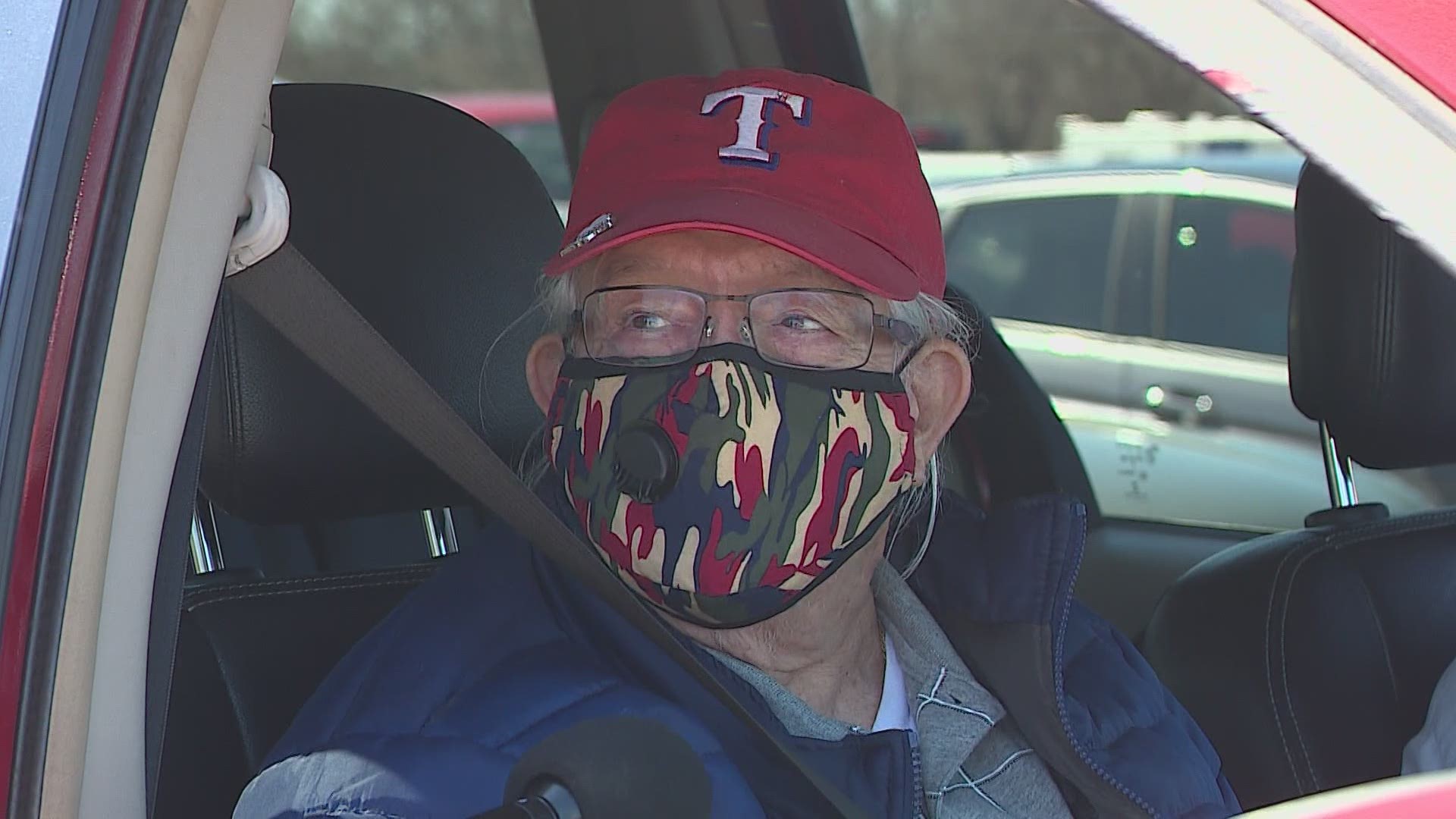