VERIFY: It is illegal to pay the president for a pardon

The president's criminality in such a hypothetical situation is a bit more ambiguous. 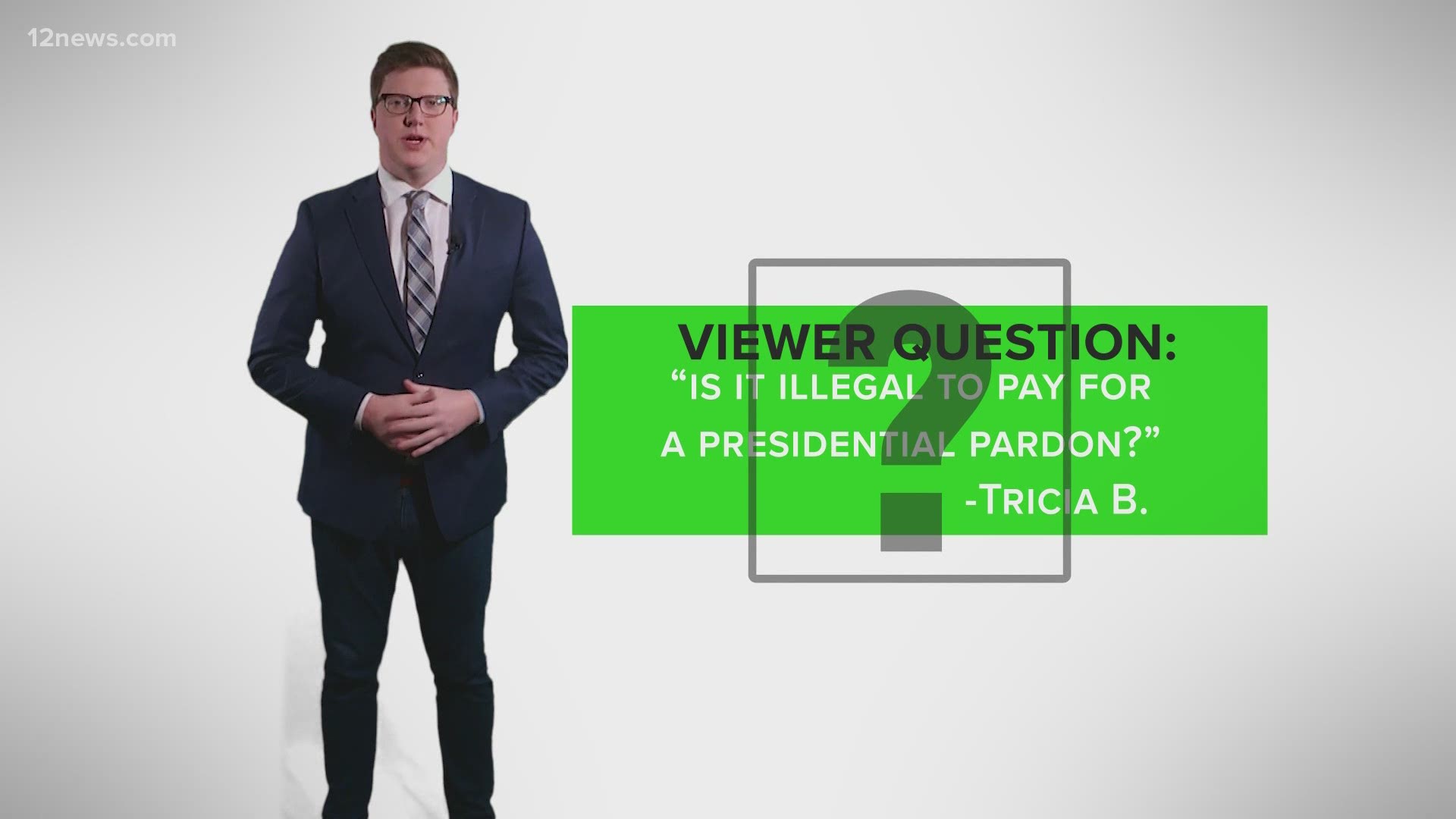 VERIFY viewer Tricia B emailed the team and asked us “is it illegal to pay for a Presidential pardon?”

While President Trump only has hours left in the White House, he’s personally passed out dozens of pardons in the last weeks alone.

Is it illegal to pay for a presidential pardon?

Yes. It is clearly illegal for a person to try and bribe a public official for any reason.  A person doing that would be guilty of bribery which is a federal crime. There’s debate over whether or not the President would also be charged for the same crime.

According to Professor Frank Bowman, a law professor at the University of Missouri, told the VERIFY team, “The pardon itself could, under certain circumstances, constitute a free standing crime. I mean, the easiest kind of example is if somebody paid a bribe to get a pardon. And the President accepted a bribe, to get a pardon, or to give a pardon… and that would be the crime of bribery.”

RELATED: VERIFY: What are the president's pardon powers?

So yes, the person paying for the pardon has definitely committed a federal crime.

However, that code doesn’t mention anything about the president specifically.

“There's some technical debate about whether the current bribery statute actually covers that conduct,” Bowman said. “And there's a bill pending in the house that would try to clear up that ambiguity.”

Bowman was referring to the Abuse of the Pardon Prevention Act which was introduced in July. No further action has been taken on it. An older bill in the House, No President is Above the Law Act of 2020, was amended December 31 after no action was taken on it previously since it was first introduced in 2019.

Those bills seek to combat a Department of Justice opinion that would give the president immunity to this. The DOJ opinion states "the indictment or criminal prosecution of a sitting President would unconstitutionally undermine the capacity of the executive branch to perform its constitutionally assigned functions."

Regardless of whether or not the President is protected from criminal charges, the President wouldn’t be immune to impeachment. If the President accepted a bribe for a pardon, then they could be impeached for it.

RELATED: VERIFY: Impeachment does not undo a president's pardons

And Bowman’s opinion is that the President would be in trouble for such a pardon no matter what. “I didn't really think it's such a serious ambiguity. I think if you pay a price to the President and the president gives you a pardon, I think you get convicted of bribery, and so does he.”

It’s VERIFIED that it’s illegal for a person to pay the president for a pardon. That’s bribery.

It’s a little less clear if the president would be criminally charged for accepting the bribe. However, there are bills within the House that seek to address that ambiguity.