Our VERIFY team fact-checked what the speakers said during the first night of the 2020 Democratic National Convention. 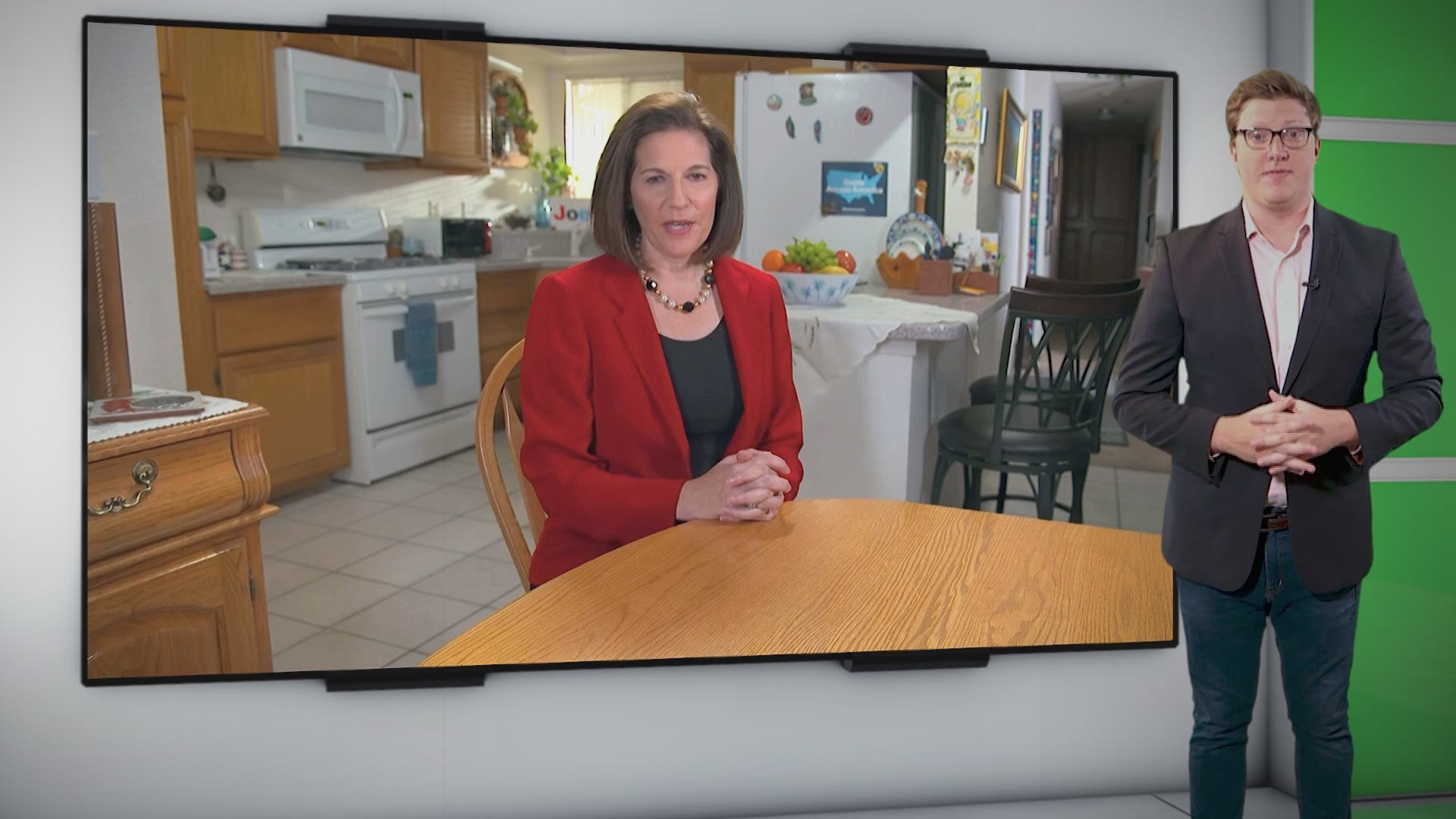 This week, the Democratic party will officially select Joe Biden and Kamala Harris as their ticket for the 2020 presidential election.

Each night will include two hours of speeches featuring high-profile politicians, everyday Americans and other public figures.

Our VERIFY team fact-checked what the speakers said on Monday during the first night of the week-long convention.

This claim is VERIFIED.

In 2016, 33,378,450 people returned ballots through the mail, according to the US Elections Assistance Commission.

The records can be seen by searching their names in the Palm Beach County Elections database.

CLAIM: Senator Bernie Sanders claimed that we are amid our worst economic collapse since the Great Depression.

This claim is TRUE by most measures of economic health, although there isn’t one singular measure to judge the health of the economy.

According to the Bureau of Labor Statistics, the unemployment rate in April, when most states issued stay-at-home orders, was higher than it had ever been for a single month since 1948, the first year included in the data by the BLS. It is still in the double digits, which only happened for a single month during the Great Recession and for a period of 10 months between 1982 and 1983.

The drop in quarterly GDP for Q2 2020, which was more than 30%, was far larger than any other GDP drop dating back to 1947, according to the Federal Reserve Bank of St. Louis.

Other measures show a similar story. 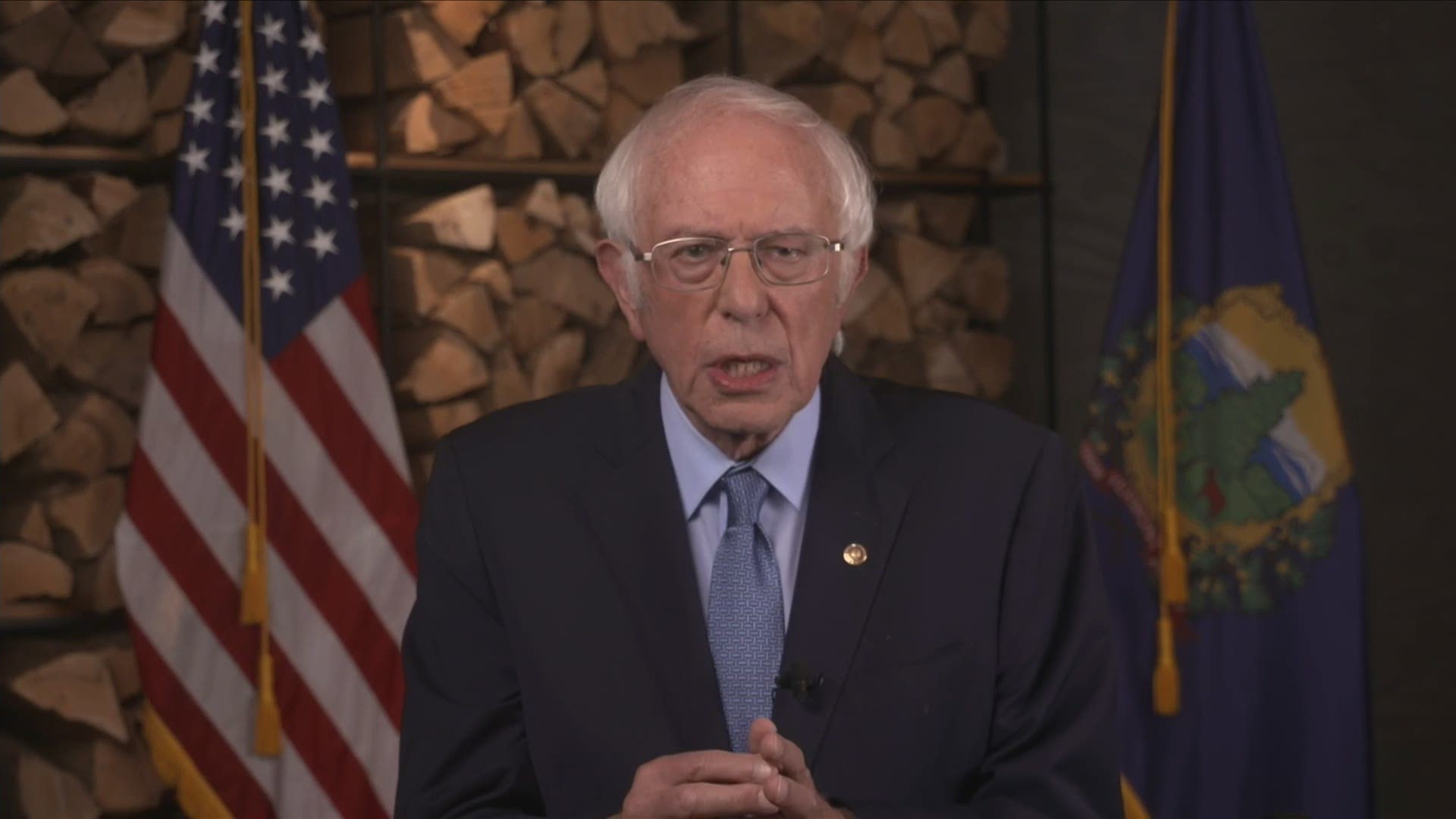 CLAIM: While talking about the United States Postal Service, Actress Eva Longoria said “Social Security beneficiaries count on the post office to get their checks.”

This claim is true, hundreds of thousands of people still receive Social Security payments through the mail but those paper checks account for less than 1% of monthly beneficiaries.

According to SSA documents, roughly 550,000 Americans received a mailed-check with their Social Security payments in August. That's less than 1% of the total 64 million payments made.

Whether or not Social Security still mails checks has been a big point of contention recently.

A publication from the SocialSecurity.gov explains that “if you get Social Security benefits, you must receive your payments electronically.”

However, the Social Security Administration's website notes that excepts can be made in "rare circumstances." There's even a form online where a person can request their federal benefits by check. As part of that form, a person has to explain why receiving payments electronically would "impose a hardship" on them.

So while the vast majority of people receive Social Security payments electronically or via debit card, there are still some that receive paper checks to this date.

CLAIM: Senator Bernie Sanders said “We are the only industrialized nation not to guarantee universal healthcare.”

This claim is VERIFIED, but only in certain parameters.

Senator Sanders has repeated this claim frequently and has previously given sources for the claim. The United Nations' “Human Development Index,” lists the major 33 countries in the world based on GDP, GNP, per capita income and standard of living.

The chart shows the U.S. is the only nation in the “very high human development” category to lack universal healthcare. There are some noted issues with countries like Qatar and Russia who don’t fully cover their entire populations, but are moving towards it.

This claim is an accurate representation of Joe Biden's platform.

“He firmly believes all Americans are owed a raise,” the platform reads. “And it’s well past time we increase the federal minimum wage to $15 across the country.”

This claim accurately reflects data from the Economic Policy Institute.

The Economic Policy Institute released a report in February, 2019, which found that raising the federal minimum wage to $15 by 2024 would “lift pay for nearly 40 million workers.”

According to a fact-sheet released by EPI, the exact estimate is 39.7 million workers, including 23.8 million full-time workers, 23 million women, and 11.2 million parents.

EPI estimated that the average directly-affected worker would receive an additional $3,900 in annual wage income. EPI also estimated another 11.6 million workers who would “benefit from a spillover effect as employers raise wages of workers making more than $15 in order to attract and retain employees.

This is an accurate representation of Biden's platform.

According to Biden's platform on his website, he, "will end the federal government’s use of private prisons, building off an Obama-Biden Administration’s policy rescinded by the Trump Administration. And, he will make clear that the federal government should not use private facilities for any detention, including detention of undocumented immigrants."

On his website, Biden calls cash bail the, "modern-day debtors’ prison," and said he will lead efforts to end that system.

According to Biden's criminal justice platform, he will end the school to prison pipeline by restoring, "... the Obama-Biden Administration guidance to help schools address the high number of suspensions and expulsions that affect students of color at a higher rate than white students."