The vote concerned House Joint Resolution 28, which would re-open the government through Feb. 28. 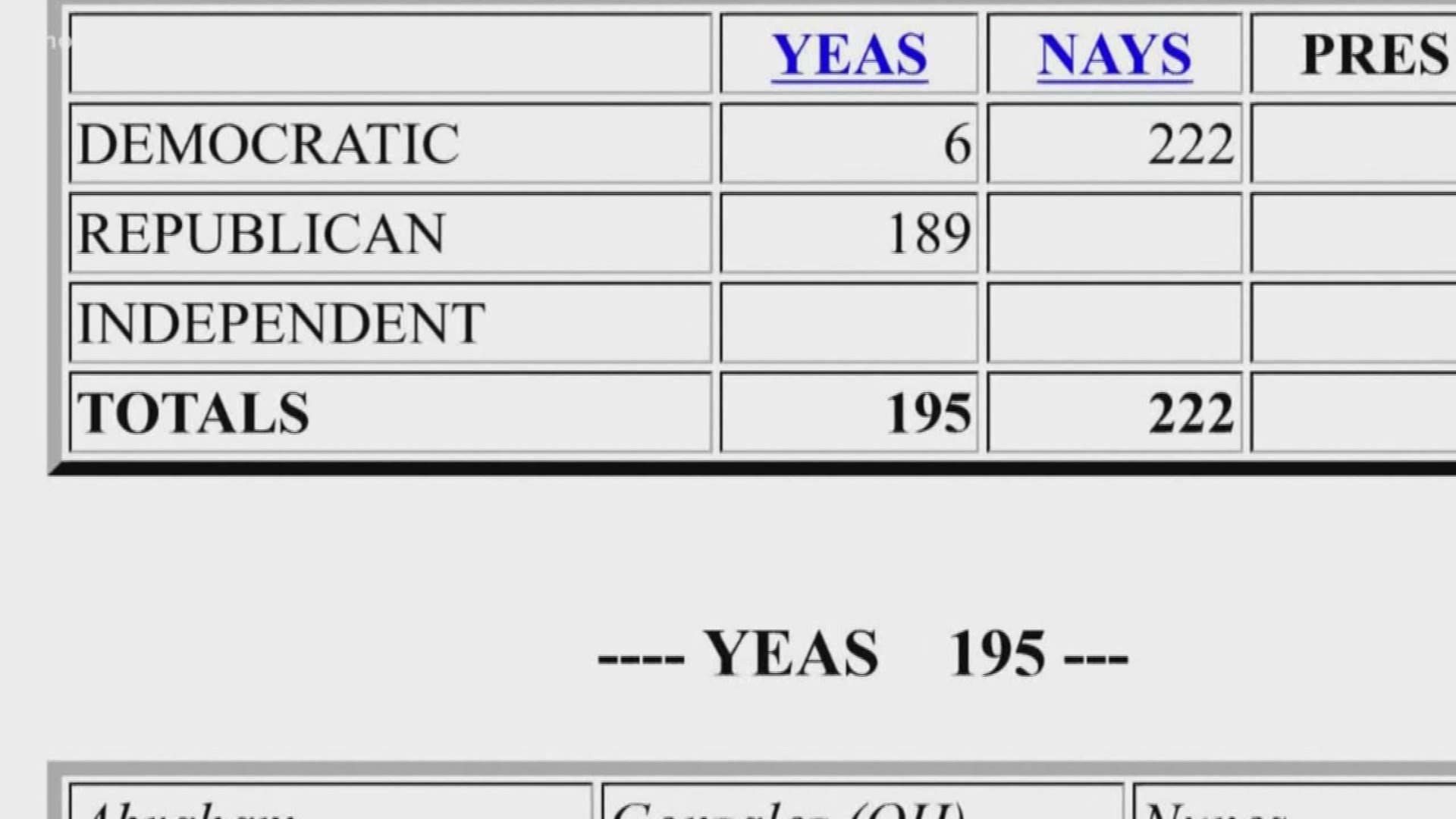 Did most House Democrats really vote down a deal to pay federal employees while the shutdown goes on?

It’s a question several viewers have emailed to KHOU Verify.

Sharon writes, “Last week House GOP voted on a measure that would pay federal employees their paycheck despite shutdown. Only 6 Dems voted yes. Is this true?”

The vote concerned House Joint Resolution 28, which would re-open the government through Feb. 28.

On Jan. 17, there was a vote where six Democrats voted yes on what’s called a “motion to recommit.” Basically, it’s one last chance for members to debate and change a bill before a final vote.

“My resolution will allow employees to get the paychecks they recently missed,” said Rep. Granger during a hearing on the measure. “It provides relief for some employees while we wait for Democrats to come to the negotiating table. We need to start working on legislation that can be enacted into law.”

Immediately afterwards, Rep. Nita M. Lowey (D-New York) spoke out against the amendment because it wouldn’t end the shutdown, arguing for H.R. 28 to stay as-is.

“This (continued resolution) would pay employees,” Rep. Lowey testified. “The order of business is very simple: reopen the government, pay federal employees, and then negotiate on border security and immigration policy.”

KHOU can verify most Democrats voted against giving federal employees their recently missed paychecks while the shutdown continues. However, in that same bill, all but one Democrat eventually voted to pay federal employees and reopen the government through Feb. 28.

Any House bill also needs to clear the Senate before heading to President Trump’s desk.