VERIFY: Can you lose your license for using your phone while driving in Texas?

A meme circulating social media claims someone caught using their phone behind the wheel would face a $999 fine and three-year license suspension. 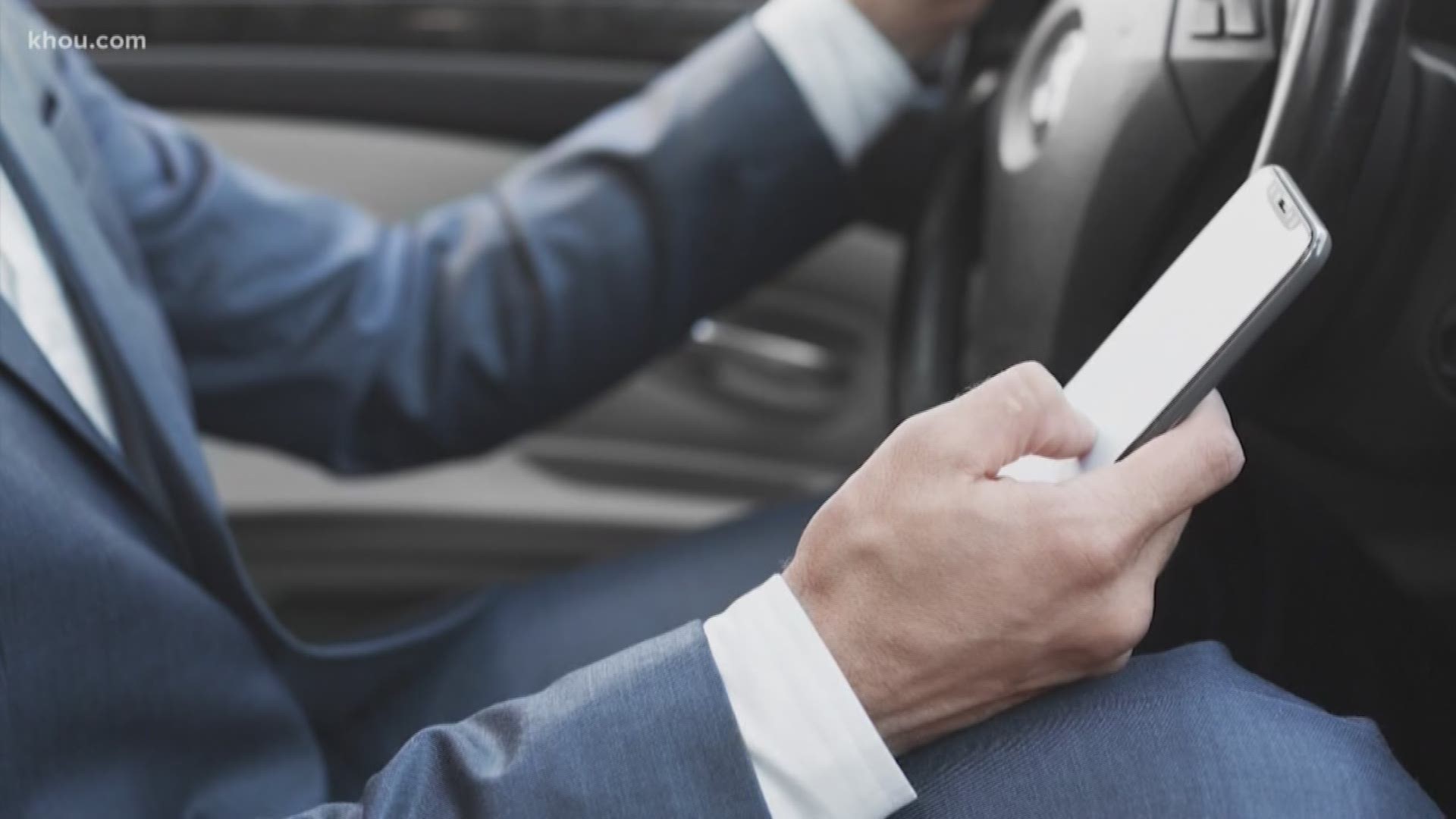 HOUSTON — A meme circulating on social media claims drivers could lose their license for three years, and face a $999 fine if they are caught using their phone behind the wheel starting in January 2020.

THE QUESTION: Is this true?

THE ANSWER: No, but with context.

According to the Texas Department of Public Safety, it is not illegal to use your phone while driving except in specific circumstances: reading, writing, or sending any type of electronic message, such as a text, tweet or email.

"Typically we’d like for them to pull over and do all of it on the side of the road," said Sgt. Richard Standifer with DPS. "Right now, the law states just texting is what’s illegal so you can hold your cellphone, and your eyes would be off the roadway which creates an unsafe environment. There’s no issue with that per the law, but when it causes someone to be in a crash and we go to investigate that, that’s where the problem is going to come in."

In Texas, you can even use your phone for other purposes behind the wheel, including surfing the internet, or watching videos, but not for electronic messaging.

RELATED: VERIFY: Why you should write the year 2020 instead the shortened "20"

RELATED: VERIFY: Are mandatory surveys being mailed out ahead of 2020 Census?

RELATED: VERIFY: Can you use your phone while casting your ballot?

Sgt. Standifer said the fine for texting and driving is a fine of at least $25 but no more than $99. If you've been convicted once before, that penalty increases to at least $100 to no more than $200.

The penalties claimed in the meme do not apply to Texas drivers, but that all changes in a school zone.

Drivers can only use their phones in a "hands-free" manner, according to TXDOT.