Under Title 13 of the U.S. Federal Code, no employee or secretary of the bureau may use census data for anything other than its 'statistical purposes.' 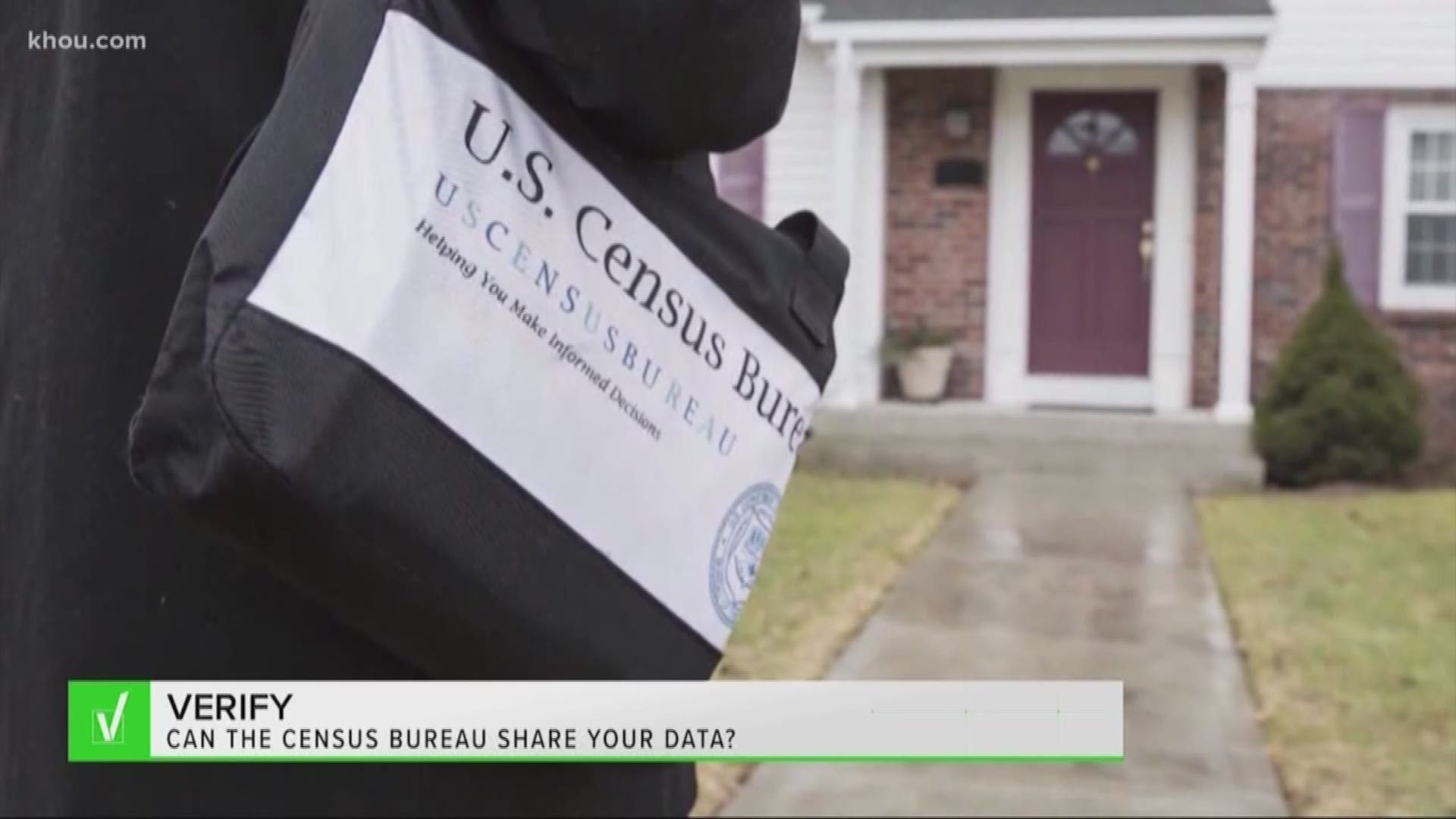 Can the U.S. Census Bureau share your information with other government agencies like Immigration and Customs Enforcement?

Adding a citizenship question to the 2020 census has been a controversial topic, and a heated legal battle.

Some people online are confused about who exactly gets to see census information.

RELATED: VERIFY: Are you following the proper protocol when flying and displaying the American flag?

Our Verify researchers dug up the Census Act (1954) and spoke with Terri Lowenthal, a census consultant and former staff director of the House census oversight subcommittee.

"Absolutely not, the Census Bureau by Federal Law is strictly prohibited from sharing your census information with any other agency in government, including immigration and law enforcement," Lowenthal said. "Furthermore, the information you provide to the census bureau can not be used to harm you or your family for any purpose."

Experts say the Census Act has some of the strictest federal protections regarding privacy.

Under the code, no employee, nor the Secretary of the Department of Commerce -- which oversees the U.S. Census Bureau -- may use the information furnished, "for any purpose other than the statistical purposes for which it is supplied."

"I know that one important concern is how the census data will be used and there is often a question of whether the Census Bureau shares information with law enforcement agencies like the FBI, ICE or even the local police," Ron Jarmin, Deputy Director and Chief Operating Officer of the U.S. Census Bureau, wrote in 2018. "I assure you that this does not happen and it is prohibited by Title 13. Title 13 makes it very clear that the data we collect can only be used for statistical purposes and cannot be shared for non-statistical purposes — including law enforcement."

RELATED: VERIFY: Is it actually legal to ride scooters and bikes on DC sidewalks shared by pedestrians?

Any bureau staff who shares census data with law enforcement faces a five-year federal prison sentence and up to $250,000 in fines.

Bureau employees are also required to sign a sworn affidavit of nondisclosure and take an oath, vowing to protect your information.

Back in the 40s, before the 1954 protections were in place, the Census Bureau did share data with another government agency. That was during World War II, when data from the census about Japanese ancestry was used to fill internment camps.

"It was after that situation that Congress determined that confidentiality protections needed to be airtight, both because it was not the right thing to do, but also because the census is only as good as the public willingness to participate," Lowenthal said.

So we can Verify, no the Census Bureau is not allowed to share data collected with any other agency, and that’s federal law.