VERIFY: Political campaigns have the right to text you as long as it's manually dialed

The FTC says political calls can be made to people on the Do Not Call Registry, but what about text messages? 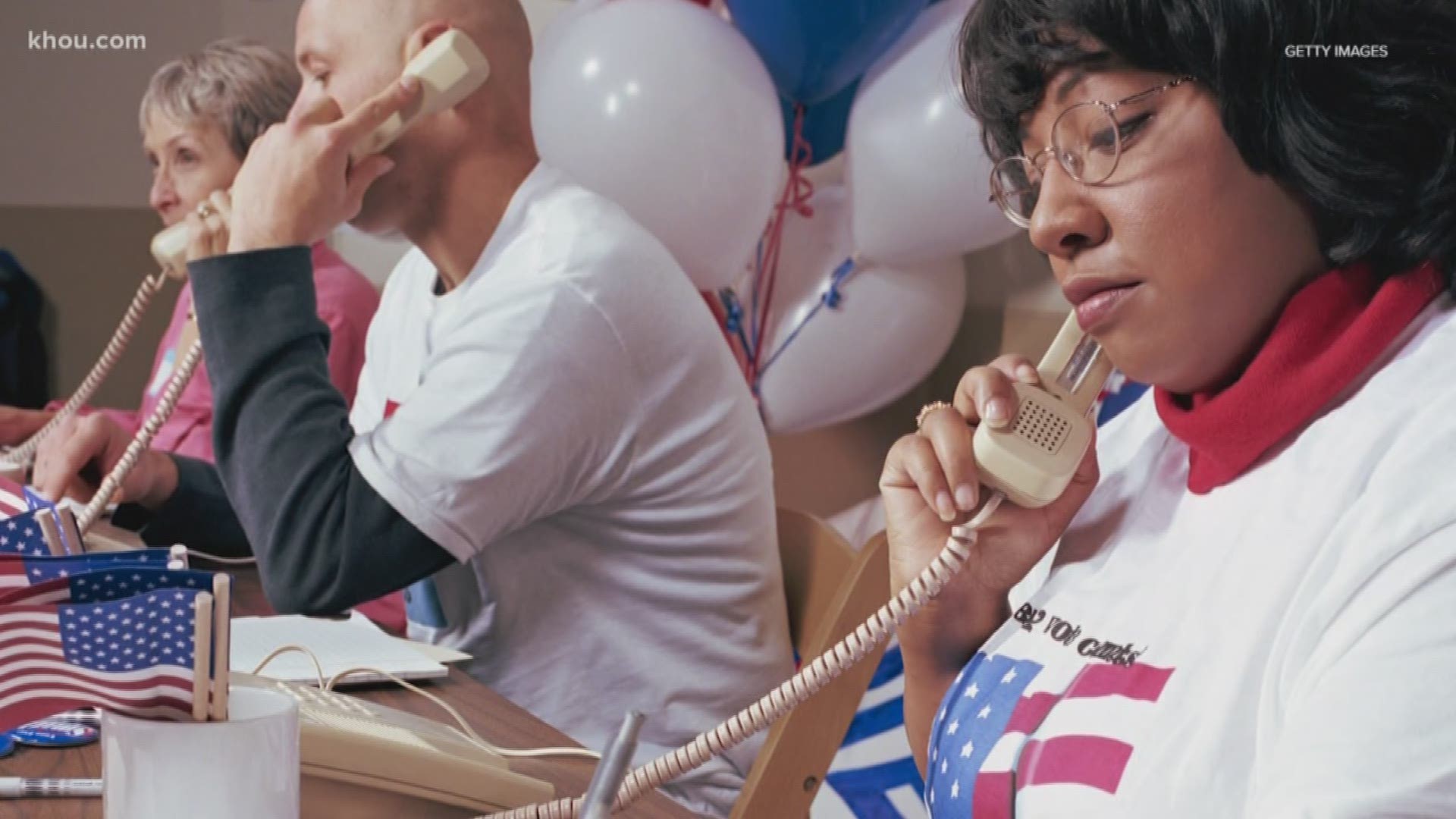 It’s the time of year when political campaigns are trying to get your attention however they can.

They’re on your television running constant ads, and in some cases, they’re also calling and texting you.

That’s why Robert King emailed our verify team asking, “do Political Campaigns have the right to send a text to our cell phones when the number is listed on the Do Not Call List?

According to the FTC, political calls can be made to people on the Do Not Call Registry.

RELATED: 2020 early voting in Texas: What to bring, where to vote and what's on the ballot

The FCC has its own set of rules for political text messages.

It says auto-dialed text messages are not allowed without expressed consent.

RELATED: President Trump delivered State of the Union on eve of impeachment verdict

What are allowed are manually dialed texts, regardless of whether you’re on the Do Not Call Registry or not.

Therefore KHOU can verify political campaigns do have the right to text you as long as a real person is typing out your number and sending you the message.

Have something you want us to VERIFY? Email verify@khou.com