VERIFY: Can absentee voters who chose candidate that dropped out recast ballot?

On Super Tuesday, the Verify team looks into whether selfies can be taken at polls, and what happens if you absentee voted for a candidate that has now dropped out. 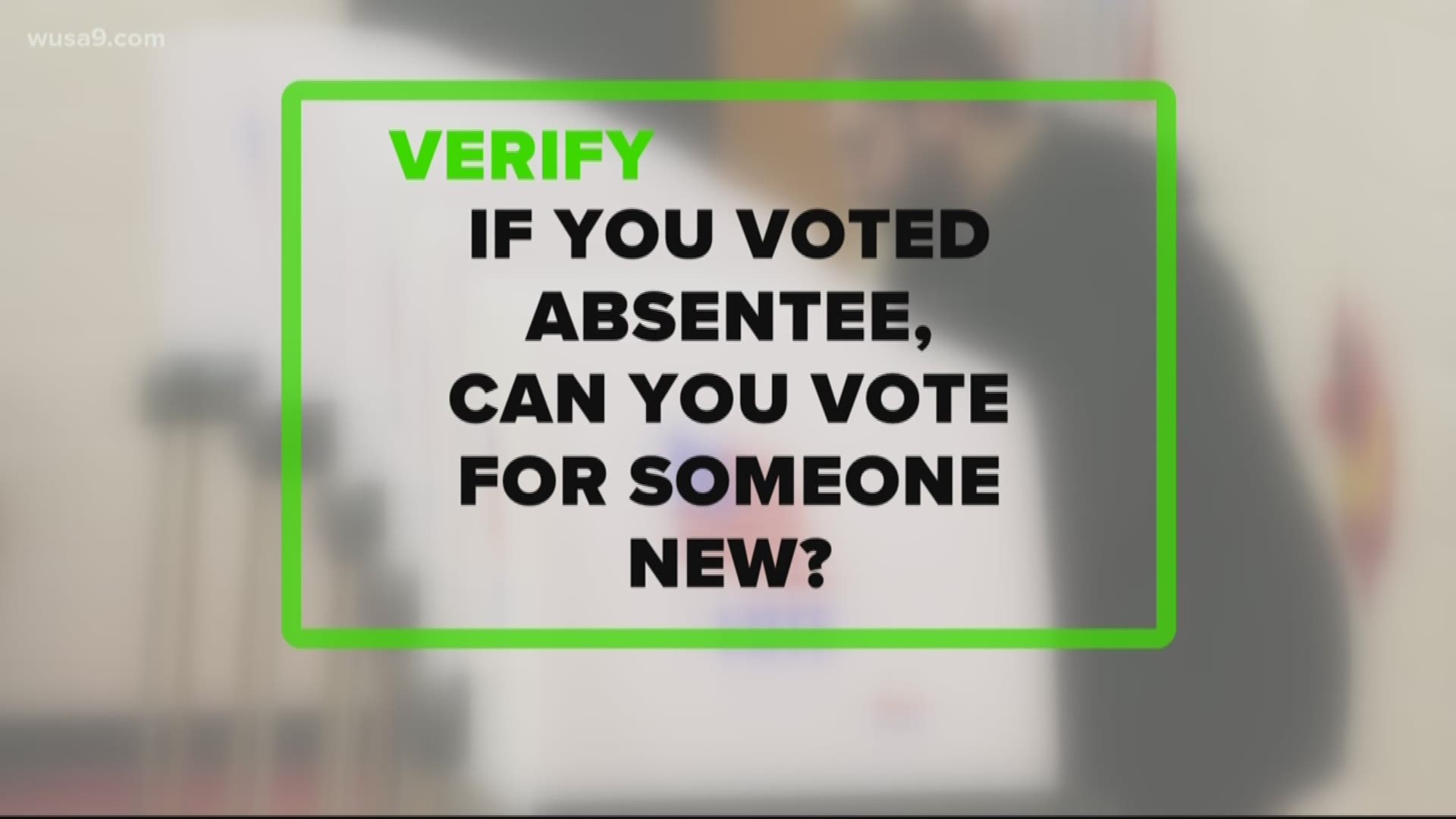 VIRGINIA, USA — Virginia is one of 14 states sending voters to the polls on Super Tuesday, as the nation inches closer to deciding which Democratic candidate will be up against President Donald Trump in the November election.

WUSA9's Verify team scoured social media to stay up to date on what voters saw and experienced as they showed up to the polls.

In Virginia, 14 names appear on the ballot, but only five of the candidates are currently still in the race. Seeing all those names had some people wondering whether poll workers made a mistake.

Why do Virginia ballots still include names of candidates that dropped out of the presidential election?

Candidates who dropped out "suspended" their campaign, but they did not formally "withdraw." Election officials cannot inform voters of candidates that have suspended their campaigns, Virginia Department of Elections spokesperson Andrea Gaines explained.

There’s a formal process to withdraw in Virginia that had to be done by Dec. 18, 2019 at 5 p.m. in order to have your name removed from the ballot, according to Virginia State Board of Elections rules for candidates.

Virginia Democrats, however, have been using Twitter to remind voters of suspended campaigns.

A lot of people are taking selfies at Virginia polling stations and posting photos of their ballot filled out. Is that allowed under Virginia election laws?

Yes, you are allowed to take a photo of your own ballot, according to Gaines, and a legal opinion from Virginia Attorney General Mark Herring.

"The Code of Virginia does not prohibit an individual from divulging how he or she is voting," Herring wrote in his 2016 opinion. "While § 24.2-1011 of the Code of Virginia provides that a voter may not carry a ballot away from a polling place or vote any ballot other than that provided by the officers of election, these prohibitions do not otherwise constitute a prohibition on photography of one's own ballot. It is my opinion that pursuant to the regulatory amendments adopted by the Board on June 28, 2016, voters shall be permitted to take photographs or pictures within the polling place."

Of  course, you can only take a photo of your own ballot, and members of the media are allowed to film video inside a polling station as long as they don't capture whom a voter voted for.

A polling station in Arlington created a "selfie station" for voters to capture the event.

If you voted absentee for a candidate that dropped out of the race, can you recast your vote on Super Tuesday?

No, you can only cast one ballot, according to Gaines.

RELATED: VERIFY: Is there a limit on how many candidates a party can have?

RELATED: VERIFY: Can you bring your kid, take a photo at Maryland polling stations?