VERIFY: Are Texas lakes and rivers clean enough to swim in?

You can't swim in Trinity, in Dallas. Same for White Rock Lake. Too much poop in the water. So where can you safely swim? 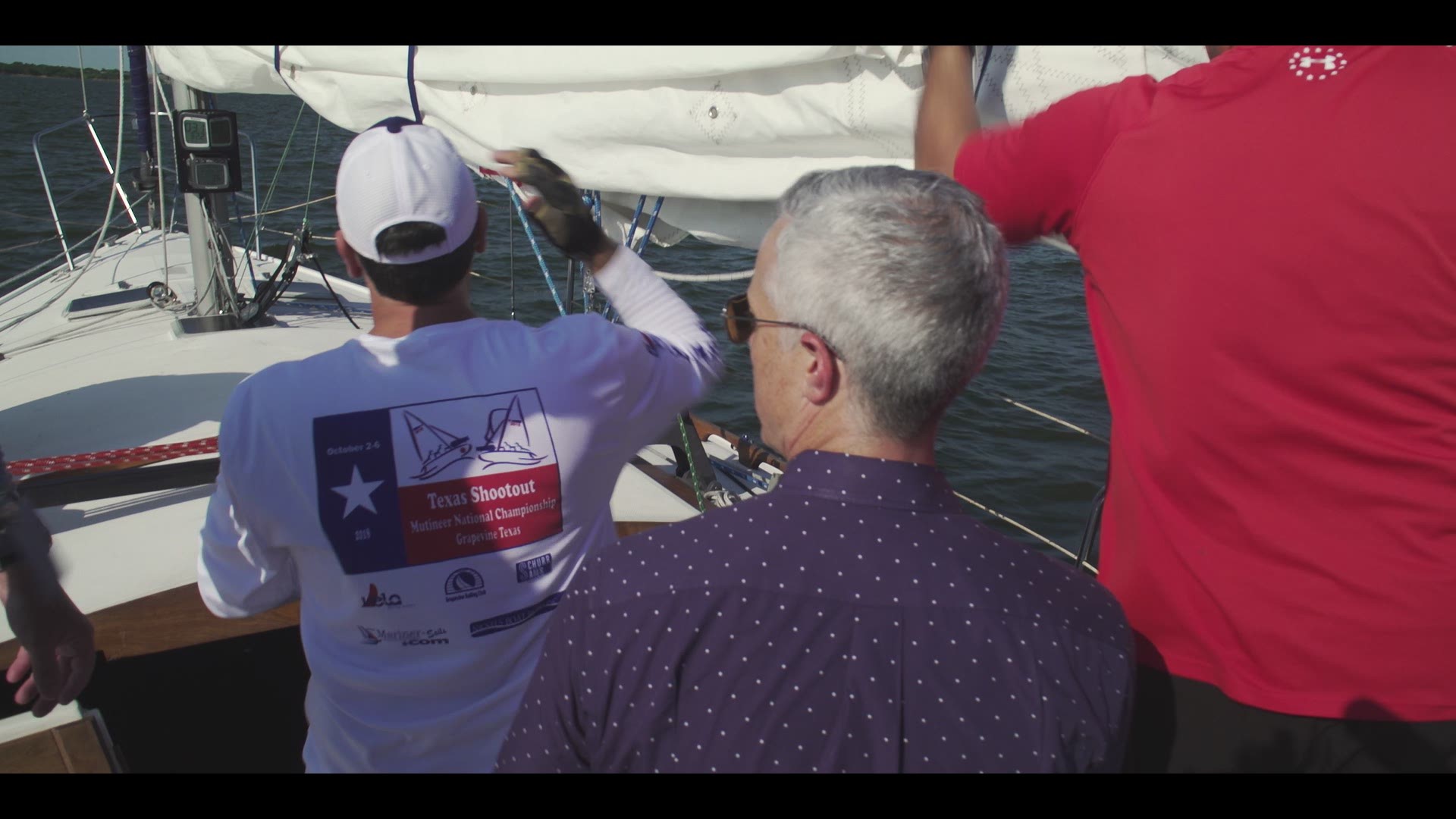 GRAPEVINE, Texas — Some of the most popular stories we've ever done on Verify are about the quality of the water in our lakes and rivers. Or lack of it!

Two years ago, I learned the Trinity River in Dallas has way too much poop in it for safe swimming.  Last summer, I learned White Rock Lake is better than the Trinity, but still not healthy enough for swimming.

So, that's the dirty water. But after each of these stories people ask, where is the clean water? So, I decided to find out.

BACK TO THE TRINITY

I'm paddling on the Trinity in Fort Worth, now with Richard Grayson. He's been on all these adventures with me. Richard is a naturalist and volunteer with the Texas Stream Team, documenting water quality in North Texas.

“Hasn't had as much urban runoff into it,” Richard answers.

Runoff is what happens after it rains. Animal waste and fertilizer get carried into rivers, polluting them with the bacteria E. Coli. Poop, basically.

“We're taking a sample for E. coli bacteria,” Richard says as we dip a jug into the river to collect water.

“Take a whiff. Does it have an odor or any kind?” Richard asks me.

“I'm smelling some caramel notes, maybe some berries, a little vanilla,” I joke. “Actually, I don't smell anything,” I say.

Dallas is downriver from Fort Worth. The further upriver you go, the cleaner the water gets. Which corresponds with the overall water quality findings for the Trinity in Fort Worth.

It's clean enough for swimming!

“Over in Western Tarrant County there is more open space and land for the rainfall to percolate into and absorb go into before it gets to the river,” Richard says.

How about our lakes? Are they clean?

I'm hanging out with the Grapevine Sailing Club. They're on and in the water all the time.

“You're jumping in the lake. You're spending time on the lake. Eating the fish out of the lake,” Jane Bagford says, who’s our captain on this trip.

“Even when we're racing or just playing around you get splashed. We get water that hits the bow. Winds up on your face. Winds up in your mouth,” Nicholas Trevino is telling me, the Vice Admiral of the Club.

“Do you swim in Grapevine?” I ask him.

“Yes, we did last Saturday,” he answers.

In Texas, the state's Commission on Environmental Quality, the TCEQ, is responsible for water quality. It generally considers most lakes to be safe for swimming. But a spokesperson told me that's based on samples last collected 7-years ago.

The Commission says there are more current samples, collected about four times a year. But when you take a close look, they're not easy for the public to locate or understand.

“I know the temperature. I'd really love to know, what's the bacteria count,” Bagford says.

I don't blame her.

According to WFAA's own reporting, in 2018, 119 million gallons of sewage water overflowed into North Texas. Including 4,800 gallons in Grapevine Lake.

So, how could you still consider a lake like Grapevine to be safe for swimming?

The state says you should avoid swimming after events like heavy rain or sewage leaks. But while rivers are easily polluted because of low volumes of water. Lakes are massive and most contamination is quickly diluted.

“I trust the quality of the lake. That’s why I'm out here all the time. However, it would be nice to have some data to back that up,” Bagford says.

Let's head back to the Trinity, one more time.

Woody Frossard leads the Tarrant Regional Water District. It's responsible for the quality of the river water around Fort Worth.

Unlike the state, the TRWD makes water quality info easy to find. Every week, water quality reports are posted online for the public.

“We are one of the few rivers that goes through a metropolitan area that is not considered impaired for E. coli,” Frossard is telling me.

And recently, the TRWD got the authority to prevent new developments from releasing polluted runoff into the river. Developers of new buildings and apartment complexes on the river are required to filter all rainwater on the property before it gets to the Trinity.

“So, you went out and got the authority to say, if anyone wants to put more water into our river, it better be clean?” I ask Woody.

“Our board has been very progressive on wanting to protect the use of this river. They want it to be a great amenity for the public and the public use,” he says.

So, where is the clean water?

It's unfortunate the State of Texas isn't helpful about sharing water quality information with the public.

But I did learn that most lakes are generally clean because of how well they dilute pollution.

And the Trinity in Fort Worth, well it's generally surprisingly clean.

Got something you want verified? Send me an email at david@verifytv.com