Under the Driver Responsibility Program, DPS added extra fees to the total amount drivers owed for tickets or violations. 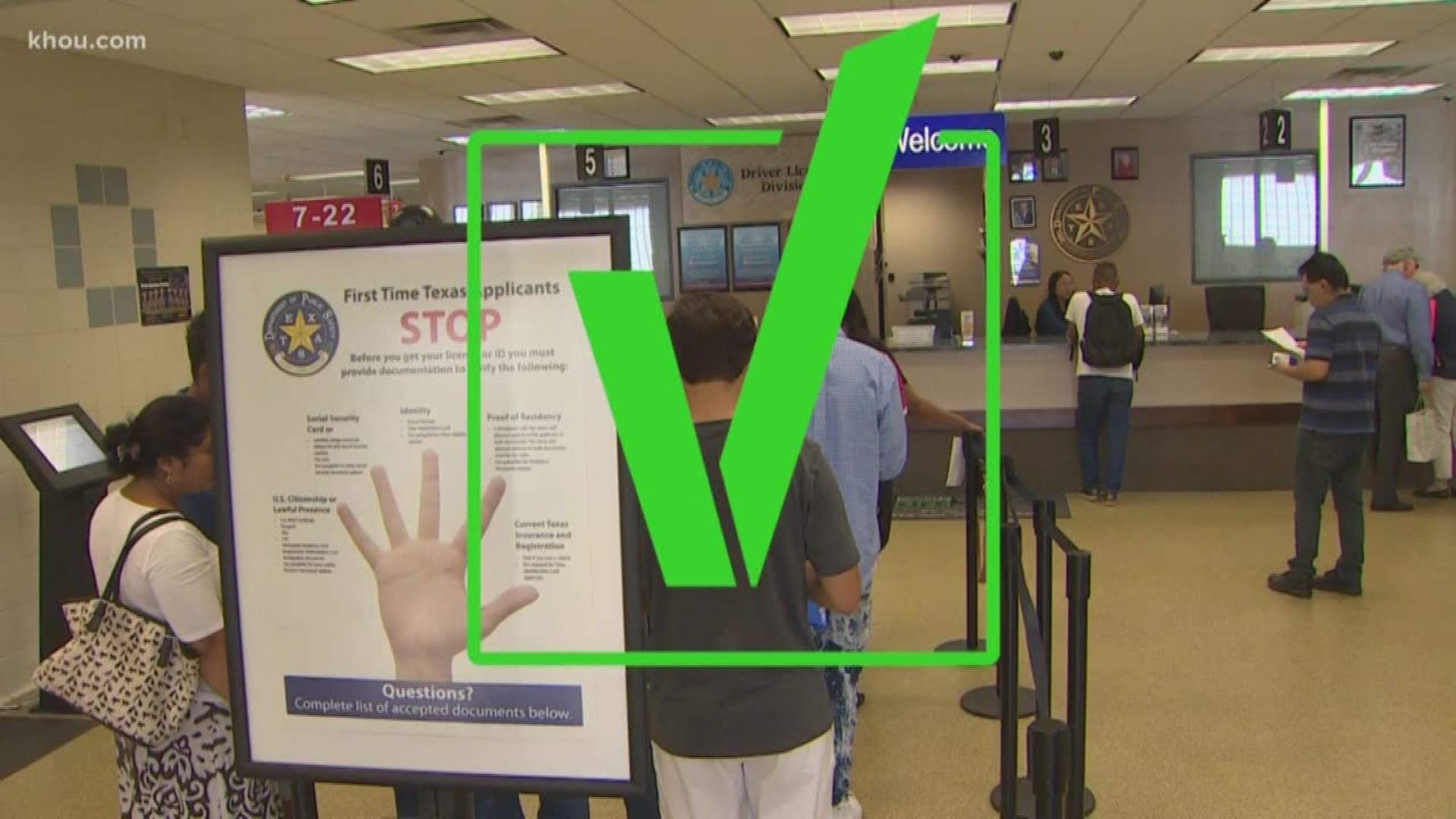 HOUSTON, Texas — Since 2003, Texas drivers were required to pay an extra fee, on top of penalties, for certain traffic offenses or violations.

However, is the requirement still in effect, and are drivers still responsible for those added surcharges?

A lot of drivers know getting a ticket and finding a way to pay it off can be stressful enough but what if extra fees kept adding up.

KHOU 11 viewer John Nuber wants to know, “Were or have DPS surcharges been forgiven?”

To verify, our team reached out to the Texas Department of Public Safety.

Nuber is referring to surcharges associated with the state’s Driver Responsibility Program. Under the DRP, DPS added extra fees to the total amount drivers owed for tickets or violations.

Those who couldn’t afford to pay their fines and surcharges had their license suspended.

DPS said in some cases, the surcharges grew into the thousands of dollars the longer you took to pay it off.

According to the Texas Tribune, more than 600,000 drivers had their licenses suspended under the controversial program which came to an end last year after Governor Greg Abbott signed House Bill 2048 into law.

The DRP was officially repealed on Sept. 1.

We can verify the fees or surcharges associated with the Driver Responsibility Program were waived. This allows drivers to have their licenses reinstated as long as they pay a reinstatement fee and take care of any other fines they may have acquired.

But if you’re one of those who did pay the surcharges, there won’t be any refunds.

RELATED: VERIFY: Viral Broomstick Challenge has false claims you can watch out for

RELATED: VERIFY: Apple Support is not making calls about your iCloud account being breached, beware of scam