VERIFY: Post claiming the DMV is sending people money for not having a DUI is false

If you come across a post like that, it is a good idea to report it to the Texas Attorney General’s Office. 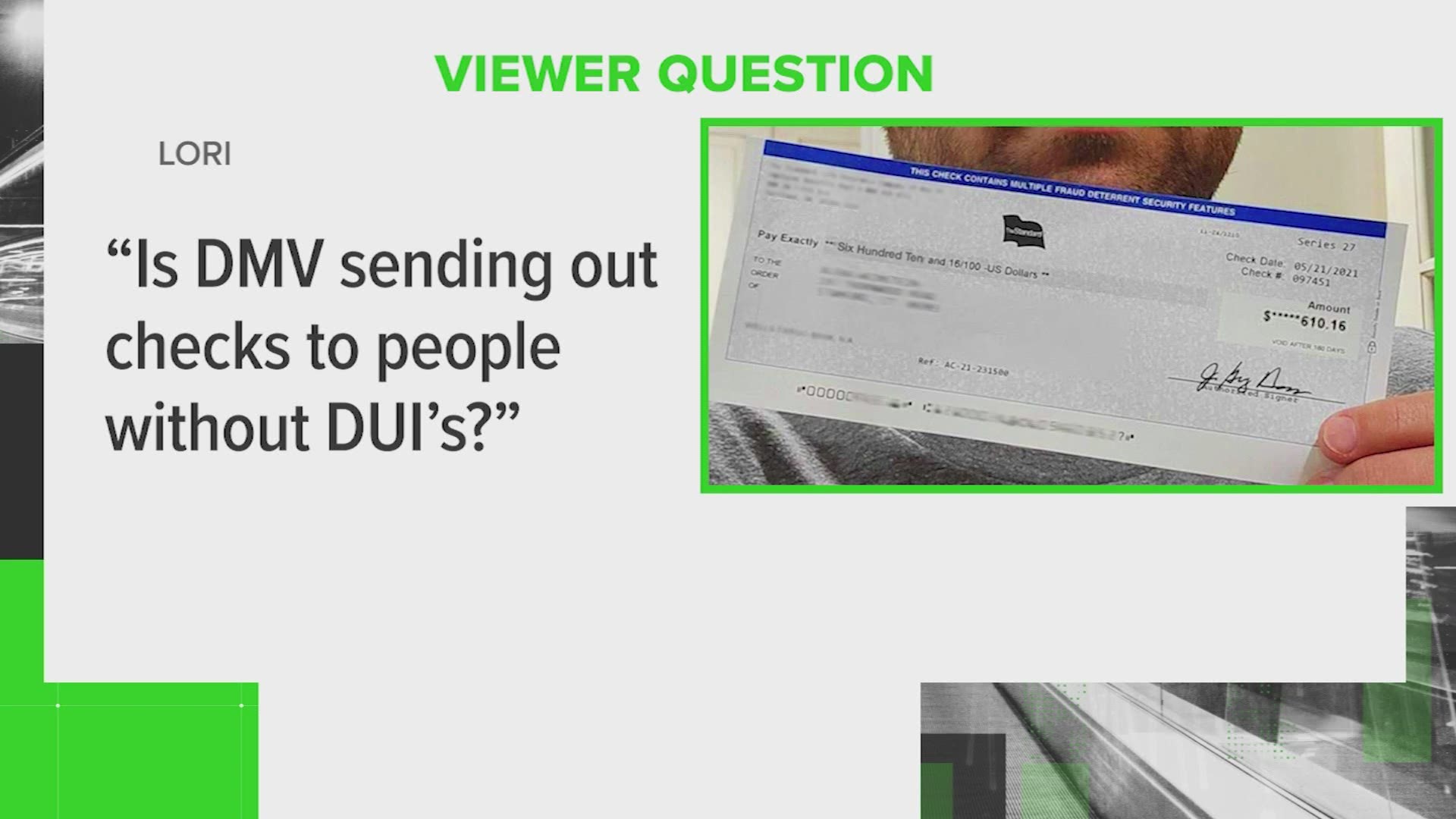 A post claiming that the DMV is sending checks to drivers with no DUIs making its rounds on social media. Some of you asked the Verify team to find out if the claim is true.

The Facebook post shows a guy holding up a check for $610. The caption reads, “I’m so grateful for my neighbor (who works for the DMV) who told me about this! Drivers born before 1975 with no DUI’s are getting up to $610 back in savings. I simply entered my zip and got $610 back, just for having a good record.” The post includes a link to check for eligibility.

Lori asked the Verify team, “Is (the) DMV sending out checks to people without DUI’s?”

The state DMV wrote the Verify team, “The Texas Department of Motor Vehicles is not the agency in Texas that maintains drivers’ records, including traffic citation and arrest records, and has no involvement in this matter.”

In Texas, the DPS oversees those records. That agency tells the Verify team, “The Texas Department of Public Safety (DPS) does not have such a program.”

So, we can Verify, the claim is false.

You may have noticed the Facebook poster sources an agency that does not handle driving records. That is usually a sign of a potential scam. If you come across a post like that, it is a good idea to report it to the Texas Attorney General’s Office.