VERIFY: In Texas and South Carolina, mail-in ballots with extraneous markings will still be counted

An online rumor claims if there are any extra ink marks on your ballot, it will be disqualified. The VERIFY team tracked this claim back to where it started. 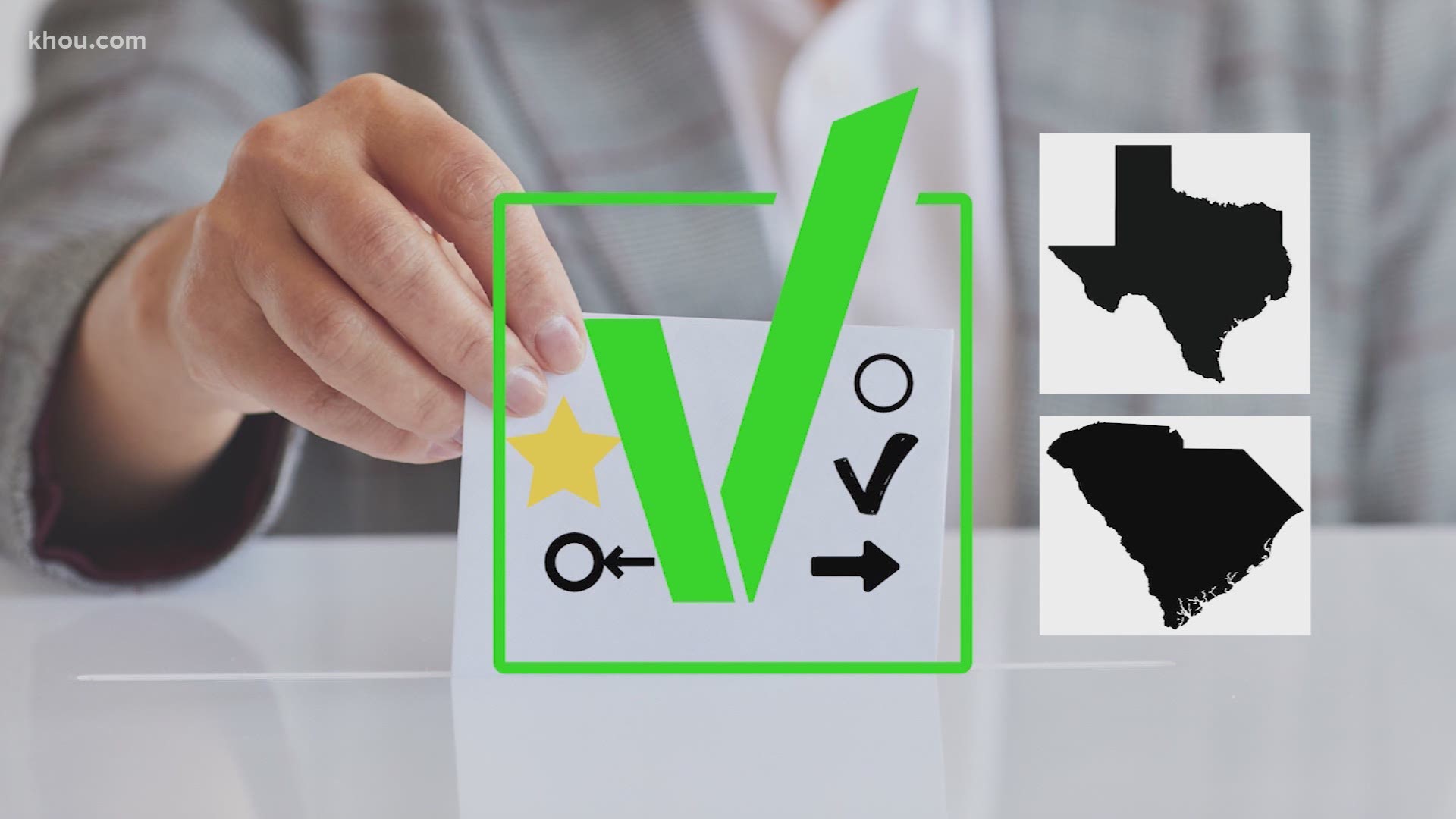 There is a rumor spreading online and through text message that if there are any extra ink marks on your ballot, it will be disqualified.

“Myrtle Beach Pay Attention. Just finished poll manager training. If you are checking in at the polls […] and they write anything on your ballot […] a letter, checkmark, a star [...] Your ballot will not be counted. Be on guard!”

A similar claim is also being shared through text message.

Several people asked the Verify team to find out whether the claim is true, and if the rule applies in Texas.

The Texas office responded, “While we cannot confirm that this is the case in South Carolina, in Texas, extraneous markings on a ballot will not invalidate the ballot — it will still be counted.”

But what about in South Carolina?

We contacted their Secretary of State’s office and they confirmed, not only is the claim false, but the woman who allegedly created the post is not, and has never been, a poll manager.

So, we can verify that even if there is a star, checkmark, or other marking somewhere on your ballot, in Texas and South Carolina, it will still be counted.

Two South Carolina elections officials told the VERIFY team they have also learned that the woman who started the rumor is not from Myrtle Beach.