“Botanical sexism” refers to cities’ preferences for male trees over female trees because the males produce pollen instead of “tree litter” like fruits or seeds. 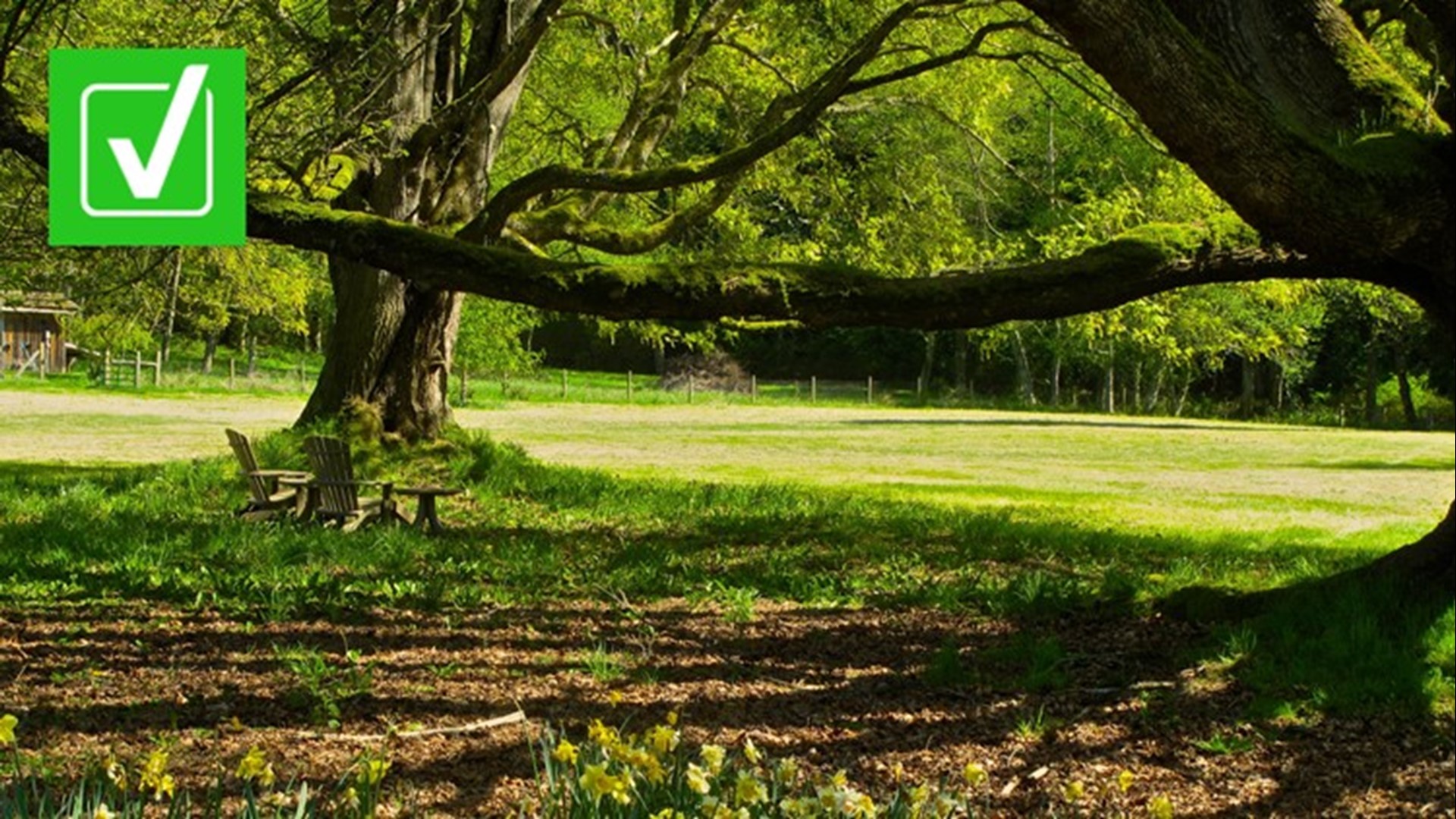 The term "botanical sexism" was introduced to many TikTok users thanks to a video that has been liked more than 450,000 times within the app.

The video claims that allergies and asthma across the United States got worse because landscapers thought male trees were easier to maintain than female trees. So they planted almost exclusively pollen-producing male trees, hence "botanical sexism."

Yes. Male trees have long been favored over female trees in American cities because males don’t have seeds or fruits that create a mess or look less aesthetically pleasing.

In the early 20th century, American elm trees dominated urban forests, according to Ohio State University’s College of Food, Agricultural, and Environmental Sciences. But the 1930s introduction of a disease called "Dutch Elm Disease" began a decades-long process of wiping out almost every urban elm tree in the United States.

In 1949, the United States Department of Agriculture (USDA) produced a yearbook with guidelines on urban tree planting. The overwhelming majority of the trees recommended in that yearbook were exclusively male, favored primarily for aesthetic purposes.

A May 2021 study on urban tree pollen conducted by Canadian health and forestry researchers said this had the effect of “drastically increasing the presence of pollen in cities.” But the trend didn’t stop there.

“In recent decades, city planning strategies have promoted the masculinization of the urban forest, i.e., planting male trees over female trees for their ‘litter-free’ characteristics,” the researchers said.

“The problem we got into is we tried to engineer this in terms of beauty or aesthetics,” Kenneth Mendez, the president and CEO of the Asthma & Allergy Foundation of America (AAFA), said. “And now we're feeling it physically.”

Thomas Ogren, the horticulturalist and pollen allergy expert who coined the term "botanical sexism," said the 1949 USDA yearbook is the earliest evidence of urban planners’ preference for male trees, but he believes that the trend began earlier than that.

Ogren’s discovery of botanical sexism began when he was taking pictures of tree flowers for lectures on his research into allergenic plants. He could find male flowers on ash trees, but not female flowers. Same for junipers. It was the same across every tree species he looked at.

“I was like, ‘wow, I think my town must be crazy,’” Ogren said. “But then I started seeing it in other towns. All around, whenever [cities] have the choice, they always prefer the male because it's clean. But if you were to actually take all the seeds that fell off of a female tree and weigh them out, and then you were to collect all of the massive amount of pollen that comes off of a male clone and weigh it out, it's all about the same. One’s not superior to the other.”

This has resulted in an urban pollen explosion, the American Academy of Allergy, Asthma & Immunology (AAAAI) said in a 2018 work group report.

“In many cities, the selection of uniform species and dioecious male trees has eliminated fruit and litter production,” the report said. “This approach has resulted in homogeneous pollen profiles with a high community prevalence of allergy.”

Ogren worked alongside the USDA Forestry Service on a study published June 15, 2021, that concluded community pollen exposure could be reduced by decreasing the number of male trees and by planting more female trees to trap and remove pollen. It also recommended greater species diversity: specifically by adding more allergy-friendly trees.

The pollution contributing to climate change is also worsening the allergy problem separately.

“Where there's more smog, for example, you have that layer that traps the pollen,” Mendez said. “And the other things in that can also make your allergies worse.”

There are still ways to help alleviate some of the pollen overload around your own home. Ogren recommends keeping high-allergen plants away from windows because the pollen from those plants can slip inside. Both Ogren and Mendez recommend replacing allergenic plants in your yard or garden with allergy-friendly plants such as female trees and insect-pollinated plants.

Plant allergens are generally measured on a scale developed by Ogren called OPALS. Ogren says other scales are in development or have been developed, but haven’t found widespread use yet.

More from VERIFY: Yes, aluminum foil can be used over windows to help keep homes cool

The VERIFY team works to separate fact from fiction so that you can understand what is true and false. Please consider subscribing to our daily newsletter, text alerts and our YouTube channel. You can also follow us on Snapchat, Twitter, Instagram, Facebook and TikTok. Learn More »