VERIFY: Yes, submitting a claim to ITC waives your right to sue them later.

The company responsible for the Deer Park chemical fire in Houston has opened a claims page for residents. 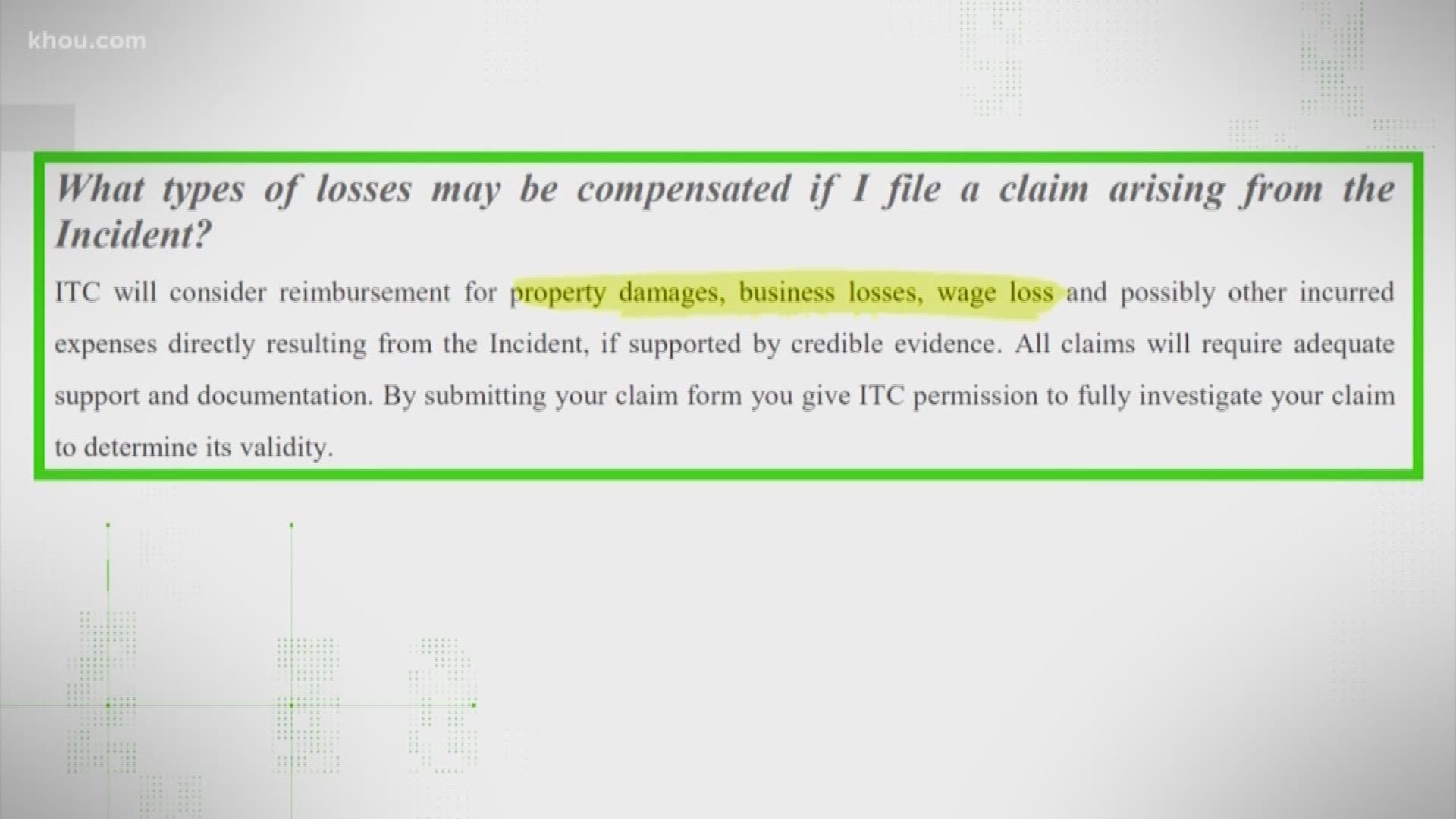 Following the Intercontinental Terminals Company (ITC) chemical fire in Deer Park, Texas, the company directed those affected to file a claim through a website they set up.

However, some have warned against it, claiming that doing so will waive your right to sue the company in the future.

Would filing a claim directly to ITC void the right to sue them later?

Yes. Houston attorney Ryan Zehl read through the claim documents for Verify and confirmed that signing them would waive the right to file a lawsuit against the company.

“That is 100% absolutely true,” Zehl said. “There's no way that a company is going to compensate someone in the claims process and then allow the possibility of future liability to exist.”

Near the bottom of page four on both their business economic loss form and their individual economic loss form, they state “no payment will be made by or on behalf of ITC without the claimant executing a release of all claims against ITC or its underwriters.” The sentence is written in all caps and is bolded.

The statement is also repeated in the final sentence of their claims FAQ page.

According to the documents, one only waives the right to file a lawsuit when they get paid by the company. This means that the person still maintains the right to sue if he or she has not been paid yet.

And experts say that deciding to whether or not to accept the payment is crucial.

Ryan Zehl, owner of Houston law firm Zehl and Associates, said, “you need a judge or a jury, someone who's impartial to evaluate what the damages are and make sure that you're compensated.”

He likened ITC deciding upon how much it owes people who suffered from the fire to a criminal setting their own punishment for a crime.

He also warned of the possibility that taking their claim now could leave you susceptible to being unable to get compensation if you develop leukemia or another medical condition as a result of the fire.

“If I were to advise my own children or family member or friend,” he said, “I would tell them to talk to a lawyer and evaluate your legal options and then make the decision that's best for you and your family.”

The deadline for filing a claim is June 25, 2019. That should leave you with enough time to consult with your doctor and a lawyer to decide what’s the best option for you.